Five of the worst. National Interest named the most "unsuccessful" pistols of Russia

April 30 2018
231
The National Interest named the top 5 worst editions of pistols ever created in Russia - from the time of the Russian Empire to the present day, while noting that many different types of this were created in the country weapons. 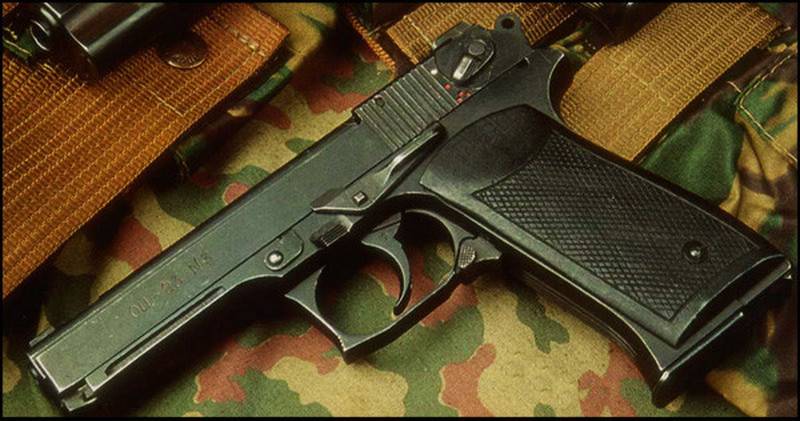 According to the author of the material, one of the worst Russian pistols is the OC-23 "Dart". Journalists believe that this gun is very heavy and "meaningless" because the 5,4518 mm cartridge is very weak. The newspaper writes that, in spite of the automatic principle of action and the striking rate of fire (up to 1 800 shots per minute), the OC-23 showed weak results, and it was not accepted for service.

On the second line is the Nagan revolver of the 1895 model of the year. This weapon remained the main one in the Russian and Soviet Army until the 1930s, when it was replaced with a Tokarev pistol. According to the authors of the article, “the worst in this revolver is an unusually tight descent.”

The third place according to the edition was occupied by the P-96C pistol, which did not have an external fuse. In terms of tactical and technical parameters, the P-96C was inferior to the Makarov pistol, and therefore proved to be commercially unsuccessful, and at the end of the 1990-s its production was stopped.

The list also includes the Strizh pistol of the Arsenal company, one of the newest Russian pistols. The author notes that the plastic frame of the pistol and its technical characteristics allow the shooter to quickly fire on the target. The gun, according to him, has several obvious flaws: insecurity, a weak blow to the primer, the difficult extraction of the sleeve, "very tight" and "fuzzy" descent.

The latest pistol in the list of the worst was the pistol of Yarygin PYA / MP-443 “Grach”. Since this weapon in 2003 was adopted by the army and the Ministry of Internal Affairs, it has revealed a huge number of problems, the author writes. The biggest problem of the PJ is that when it is fired from it, violations of the supply of cartridges and liner cases often occur. The guaranteed number of shots is in total thousands of 4, which is much less than any NATO service pistol. An uncomfortable design of the pistol is also noted - a non-ergonomic grip and a very wide front sight, which adversely affects the accuracy of shooting.