May Day in Russia. Who is with whom today stands? 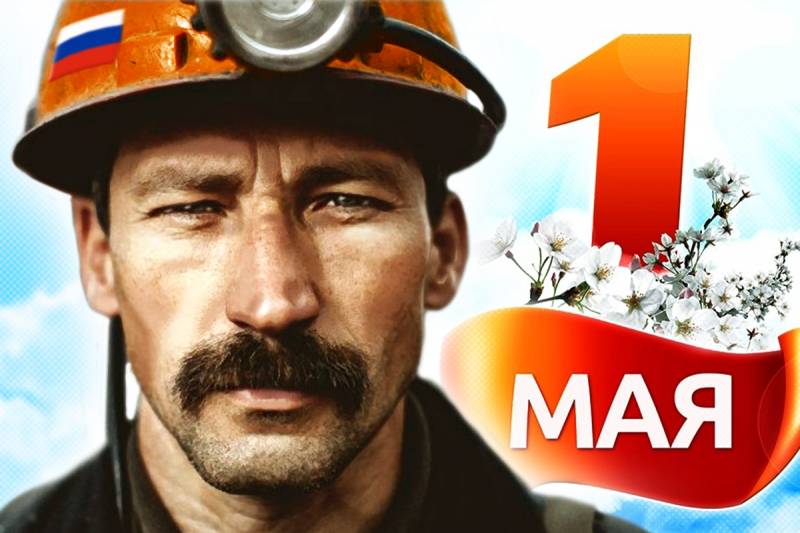 128 years ago in the Russian Empire, the first “celebration” of what is today called the 1 holiday of May took place. This event took place in Warsaw, which at that time was part of the empire. The day was marked by the strike of workers, who demanded, as it were now expressed, social benefits and guarantees, not so much from the state, but specifically from those in whose factories, factories, manufactories they worked. A year later, the May Day demands of the Warsaw workers were picked up in St. Petersburg, the capital of the Russian Empire, where the slogans had already been quite political.

The truly massive May Day events with processions and strikes (strikes) began to manifest themselves from 1897-1898's. At the same time, at that time it was difficult to imagine that prominent manufacturers could walk in the same column with the workers, from whom the workers demanded certain guarantees, including fixed working hours, compensation for processing, weekends. True, the events themselves then took the form not of a holiday, but of measures that (within their own forces) the workers were ready to take to defend their rights. May Day had a basis in the form of the very solidarity of the working people, which was chosen as the starting point for the Soviet version of this day, which turned into a holiday.

Over time, May Day turned into an attempt to cash bags and effective managers to get used to the workers under the slogan of "unity with the people." The “fat cats” have their own slogans in the style of “We also work, and therefore this is our holiday: see how we march in the same column with weavers, electricians and metalworkers”.

In fairness, and the weavers themselves with electricians (plus all the others), if they appear on the streets and squares of cities throughout Russia, these processions do not much resemble not only the pre-Soviet, but also the directly Soviet grain May Day. You can try to prove for a long time that “in unison, people take to the streets, demonstrating solidarity with each other,” but in reality, with solidarity, there are real problems. The market economy and attempts to pull it into the Soviet "red-faced" traditions sometimes lead to a strange mixture. And this is not only the case when solidarity of the minutes on 40-45 with the workers goes to the owners of a large business, which flourished, including from the fact that these same owners "threw" the workers systematically. It is also the organizers' attempt to “solidify” office workers, heroes of many hours of playing Solitaire’s solitaire or bird firing at pigs (or vice versa) with the very workers who are often the first (which must be confessed) frankly despise, believing themselves to be “much higher than that plebs. " Indeed, it is difficult to identify, when the main characters on TV have long been far from those who can be safely called the workers. And if there are tapes about those who are used to working honestly and honestly to build their lives, the roles most often are “film stars” with swollen lips and rhinoplasty and “kinomacho”, who even have makeup in the form of soot on their cheek from “ Dolce and Gabbana. ” Otherwise, why don't young people drive them to the cinema ...

In general, there is work, the holiday of working people is there, but the meaning of this holiday has been largely lost. 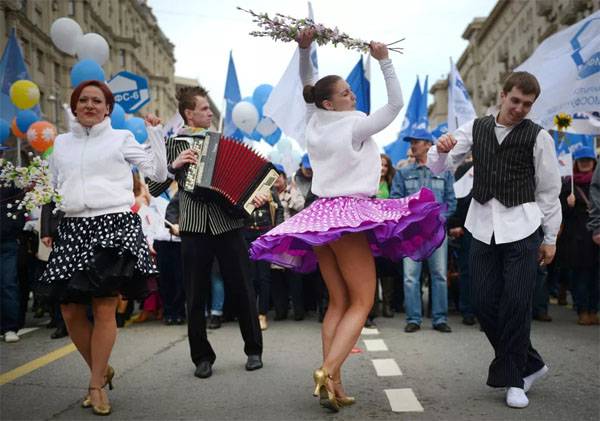 The requirements of business tycoons, if put forward, then in a form in which the tycoons are also controlled. A little louder than the requirement - it already “smells like Maidan,” and this one already for most of us smells bad. Neighboring country, loudly shouting to the boundless democracy, that handicap. So it turns out that everything has come to the conclusion that it’s better to identify with a shovel and a rake on a suburban six hundred square meters, or even with a kebab on a bank, where Marusenka washed white legs. The thing is that society, which has long been turned into a product of that very unrestrained market, is stratified. And it is layered according to the principle that lives for centuries: divide and conquer. And here the very principle of the solidarity of the working people turns into evil irony. Who needs solidarity of workers? Deripaska, Chubais? ..

Dear comrades!
I congratulate you on May 1 - International Workers' Day!

In 2018, the May Day action of the trade unions will be held under the general motto: “For decent work, for a fair social policy!”. It is just, based on the ideology of social equality and the principles of social partnership, the state policy is able to provide decent living conditions for its citizens.

For the majority of citizens of the country, the Federation of Independent Trade Unions of Russia has issued its demands for social justice as orders for the new presidential term of Vladimir Putin. Over the years of government, he has managed to become a reliable partner of trade unions and a defender of the rights and interests of Russian citizens. The trade union orders of trade unions to Vladimir Putin are today's hopes and demands of millions of Russians!

But today, on the road to peace and prosperity, the shadow of a real threat of a big war has lain. Western countries - the United States, Britain and France - having committed a barbaric bombardment of the Syrian Arab Republic, dealt a devastating blow to the world order system. FNPR appealed to its brothers and sisters in Russia and abroad, expressing indignation at this outrageous act of aggression, which put the world on the brink of a nuclear catastrophe. Speaking for world peace, the FNPR called upon the world trade union movement to repel the provocateurs of the new war, to make purposeful efforts in the name of detente of political tensions.

"Unity. Solidarity. Justice ”is a symbol of the international trade union movement, which is the key to victory in our struggle for peace and social justice. With this motto, with May Day slogans and orders, with the demands of a better life for yourself and your children, we are waiting for you on 1 May on the streets and squares of our huge and great country.

Friends! Join the trade union columns of the demonstrators! Together we will defend our right to a decent life! 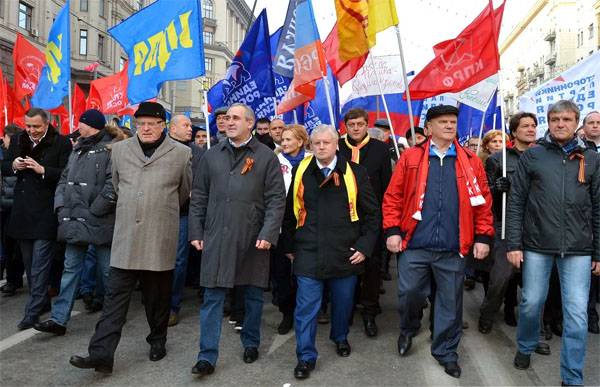 The bombing of Syria and nuclear problems is, of course, important for all our workers, but it would be much better and more effective if trade union bosses acted within their competencies - at least, to protect human labor in the broadest sense of the term.