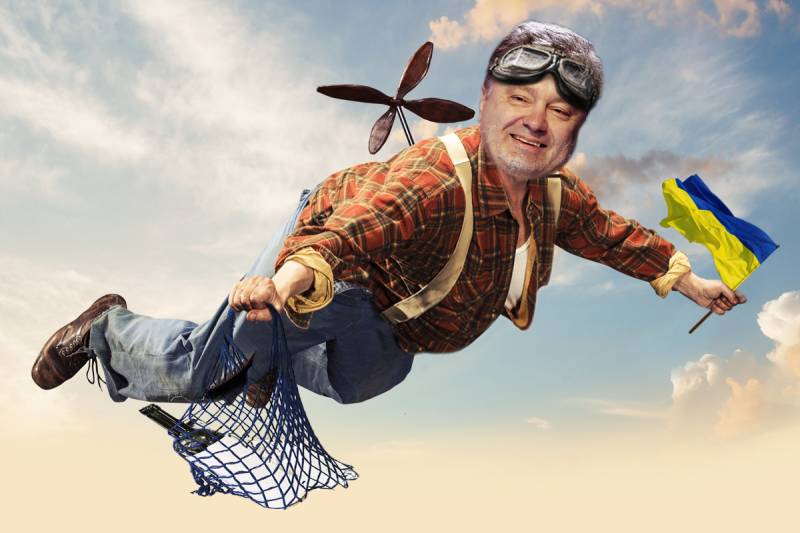 The Ukrainian military industrial complex successfully masters the release of technology from the first half of the twentieth century. Kiev media reported on the next "Peremog" military-industrial complex of the country. 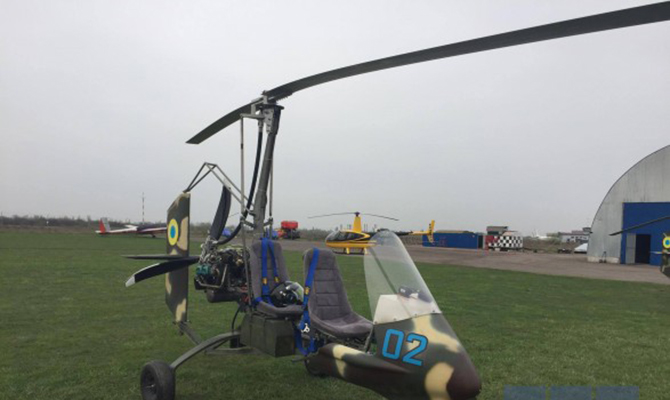 According to their reports, the Ukrainian airline Khors has developed for the Ukrainian Armed Forces "unique modern aircraft - gyrocopters."

It is reported that a team of Ukrainian developers investigated the capabilities of the gyrocopter and improved it for the needs of the APU. At the moment, a new development is undergoing state tests to obtain a certificate for the production of these devices.

“By the end of July, we will complete the departmental tests with a view to accepting weapons or admitting the said devices to operation. After that, these combat vehicles will be used in the airborne assault troops in order to deliver material and technical means, deliver personnel, evacuate the wounded and in the future, we assume it as a means of fire destruction, ”UNIAN quoted the words of the deputy commander of the airborne assault troops of the Armed Forces of Ukraine Yuri Galushkina.

He said that the training of personnel on gyrocopters has already been organized. Four military personnel, two of the assault landing forces and two of the ground forces, already have certificates of international standard, which allows them to be pilots.

Moreover, by the end of the year it is planned to form a gyrocopter air unit in the airborne assault troops.

This initiative received the personal approval of Petro Poroshenko, who was shown the actions of the gyrocopters to explore and evacuate the wounded during the battalion tactical exercises.

Gyrokopter, he is a gyroplan, he is an autogyro - an aircraft that looks like a helicopter with two propellers, one of them is a lifting one, rotates at the expense of oncoming air and raises the car upwards. The engine drives the rotor only at the start to reduce the take-off distance. The second screw is pushing.

As one of the main advantages is the safety of the machine, in case of engine failure, it will land due to a screw that rotates the air.

However, for a gyrocopter, low temperatures and the associated icing are extremely dangerous, which can stop the rotation of the rotor.

A gyrocopter may hover like a helicopter, but for its take-off and landing, a small mileage is still needed, albeit smaller than that of light aircraft.

The first autogyro was invented by Spanish engineer Juan de la Sierva in 1919, his autogyro C-4 made its first flight on 9 in January of 1923.

The main development of the theory of autogyros received in 1930-s. The first Russian gyrocopter called “Red Engineer” made its first flight on September 25 1929. It was designed by Kamov’s design office.

However, with the invention and the massive construction of helicopters, interest in the practical use of gyroplanes fell so much that the development of new models was discontinued.

A new surge in interest in gyrocopters is associated with the development of aviation sports and private aviation. Comparably cheaper and more economical than helicopters and airplanes, gyroplanes occupied their niche. The cost of coaching and flight practice is relatively low compared to schools that offer training in the management of airplanes or helicopters. The options for practical application are not too large: in agriculture, for spraying fields, monitoring what is happening on the roads, monitoring gas pipelines, fire-fighting patrolling of forests, etc. With all these tasks, helicopters or light aircraft are much more successful. The only advantage of gyroplanes is their lower cost, profitability and low cost of operation.

The average characteristics of modern gyrocopters, usually single, double: maximum speed - up to 200 km. at one o'clock; the maximum flight ceiling is up to 5000 meters, the range is about 350 km.

“The combat gyrocopter of the Ukrainian Armed Forces” - double, with tandem pilots in an open cockpit or, more correctly, a gondola.

It is noteworthy that the Ukrainian "experts" seriously claim that these autogyros are able to compensate for the losses of helicopters that the Ukrainian Armed Forces suffered in the summer of 2014 during the aggression against the people's republics in the Donbas.

Recall that in early October last, 2015 of the year, "Ukroboronprom" has already announced one such "novelty" - the Ukrainian helicopter "Leo-1". 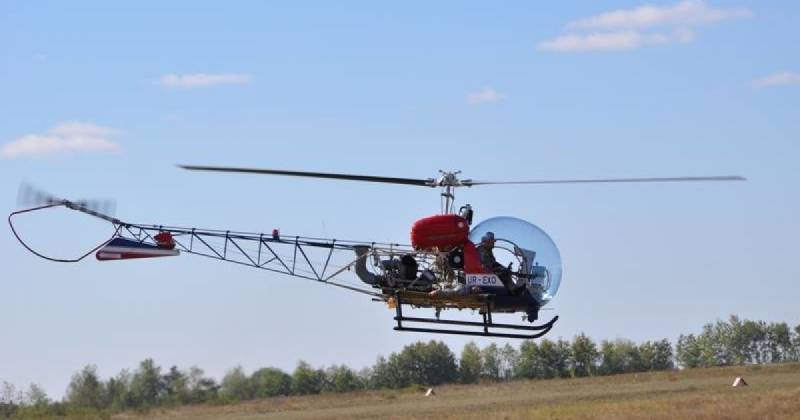 However, this ultramodern model turned out to be nothing more than the American Bell-47 1947 helicopter of the year of development (one of the first production models). His finest hour was the war in Korea, where he was used to reconnoiter and evacuate the wounded on the external sling.

The Ukrainian “improvement” of this “novelty” was to replace the standard piston engine with a turbo-shaft engine from the Mi-2.

In the USSR, as you know, Ukraine was one of the most important scientific and technical centers of the Soviet military-industrial complex, where it was developed and produced a truly state-of-the-art military equipment, including aviation. Now, the “independent” military industry is developing the production of archaic and primitive from a technical point of view, systems that have long been recognized as unpromising.

For example, about a year ago, Ukrooboronoprom announced the creation of an “ultra-modern self-propelled mortar” based on ... a Dnepr motorcycle. 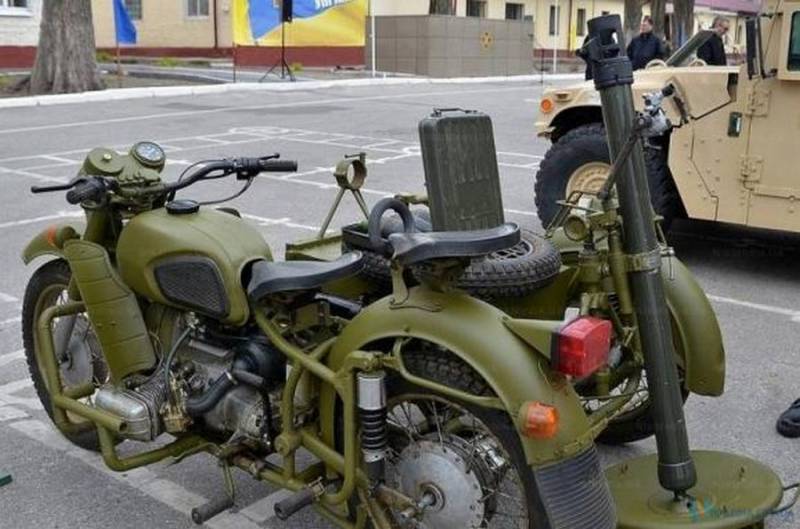 If this trend of scientific and technical degradation of the military-industrial complex of Ukraine continues, we can expect that squadrons of hang-gliders and companies of scooters (cyclists in the Russian Empire) will join the squadrons of the “Karlsonov” on autogyros.

Ctrl Enter
Noticed oshЫbku Highlight text and press. Ctrl + Enter
We are
Situational analysis of the death of the MH17 flight (Malaysian Boeing 777), made on the basis of engineering analysis from 15.08.2014Strangulation: the context, conduct and consequences of the American naval blockade of China
Military Reviewin Yandex News
Military Reviewin Google News
84 comments
Information
Dear reader, to leave comments on the publication, you must sign in.