In Kiev: In the Hitler army, the Ukrainians were better than in the Red

April 29 2018
81
The director of the Institute of National Memory of Ukraine made a statement that was unexpected for Ukraine. According to Vladimir Vyatrovich, the anniversary of the creation of the Waffen SS division “Galicia” (“Galicia”) is not a holiday for Ukraine. However, after this statement, Vyatrovich could not refrain from a stream of consciousness, embarking on comparing the Red Army with the Nazi troops, noting that the Hitler army was in many ways better for the Ukrainians ... The whole post of director of UINP on Facebook:

The anniversary of the creation of the Waffen SS division "Galicia" - not a holiday for Ukrainians. In the German and Soviet armies in World War II, Ukrainians were perceived in the same way - as cannon fodder. The only difference is that those mobilized in the “Galicia” division were trained a year before being thrown into battle, and the Red Army recruits were often thrown into the meat grinder at once. But this is not out of the love of the Germans for the Ukrainians - they only rationally used human resources, which were less than the Russians. 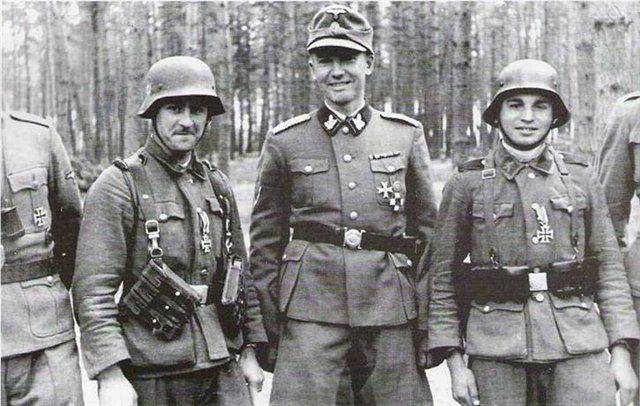 Oleg Rotanov Odessa (Odessa):
And those schooled for the year from the SS division Galychyn fled in one day from the recruits of the Red Army.)))) Well, the storyteller.
Grigory Chelak (Odessa):
The post of director of the National Sclerosis Institute is very eloquent. It seems that the curators of the regime in Ukraine made it clear to him that he went far in the glorification of the Nazi lackeys, and Vyatrovich turned on the back)))

Vyatrovich got from the Ukrainian radicals, angry with the words that the anniversary of the creation of the SS division "Galicia" is not a holiday for Ukrainians.