Fired at yourself? In the DPR during the shelling of the APU civilians were killed

April 28 2018
22
On Saturday, during a massive shelling from the Ukrainian security forces in Dokuchaevsk, two people were killed, another was injured, said Deputy Commander of the Operational Command of the DPR, Eduard Basurin. 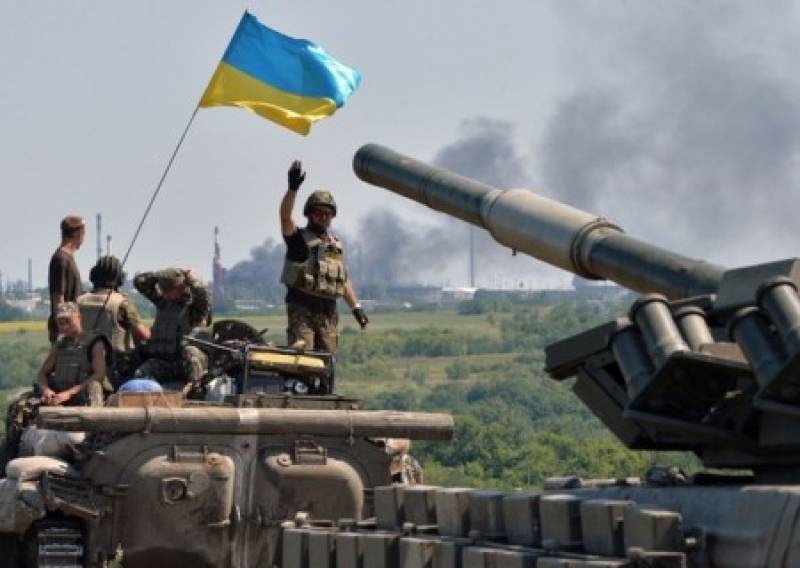 Having shelled areas of Bazarnaya and Polzunov streets in Dokuchaevsk from 120-mm mortars, the Ukrainian Armed Forces killed two men, injured one woman - ordinary civilians of our Republic who are not involved in a military conflict. One of the mines got into the utility car, the rest were hit by the houses, damaging two houses
- gives DAN his words

This information was confirmed by the head of the DPR representative office in the Joint Center for the Control and Coordination of the Ceasefire Regime (STCC), Ruslan Yakubov.

As previously reported, today at 9:35 am shelling by the APU from tanks and mortars underwent Dokuchaevsk. Fire was fired from the direction of Novotroitsky, 41 mines with a caliber of 120 mm were fired, and two shots were fired from the tank. According to preliminary data, a woman was injured as a result of direct hit of ammunition in a garbage collection truck, two men were killed
- reported Yakubov.

In addition, the JCC reported on the injury of a civilian in the shelling of the Petrovsky district in the west of Donetsk by the Ukrainian security forces.

Today, as a result of the shelling by the Armed Forces of Ukraine, a civilian resident of 1942, born in the Petrovsky district of Donetsk, was injured
- he noted.

It clarifies that the fire was fired from the controlled by the Ukrainian authorities Marinka with the use of AGS, 15 shots were fired. In addition, at the time of arrival of the ambulance, the Ukrainian Armed Forces opened sniper fire at the site of the incident.