Project 949A Antey submarines and more. Named the participants of the Main Naval Parade

April 28 2018
39
The nuclear-powered submarine carrier of the 949A project "Antey", which is unofficially called the "aircraft carrier killer", will become a new participant in the Main Naval Parade in St. Petersburg this year, reports TASS, citing a source in the military-industrial complex 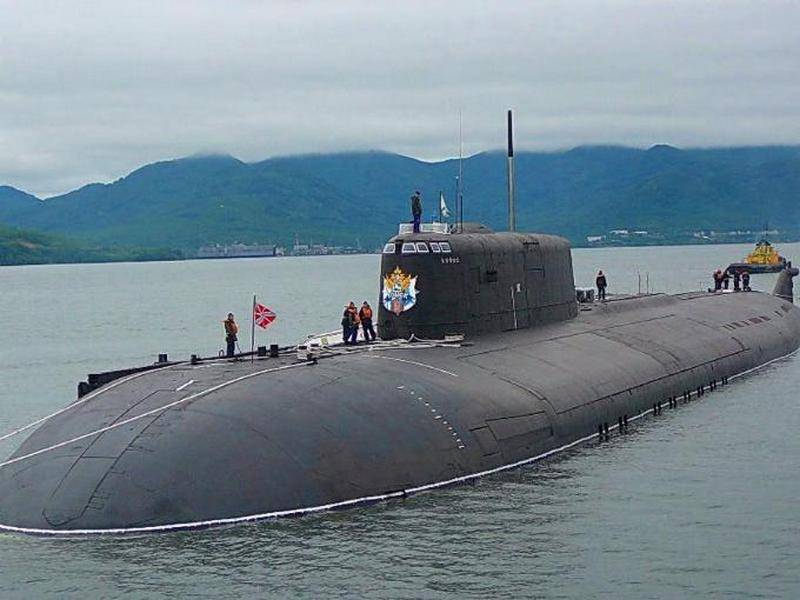 In parade on Naval Day fleet in St. Petersburg, one of the Anteys (submarine 949A) of the Northern Fleet and the missile cruiser Marshal Ustinov are planning to participate
- Said the source agency.

He added that the frigate of the 11356 project "Admiral Makarov" will also become one of the parade participants, who will be involved in this event for the second time

Earlier, Russian Defense Minister General of the Army Sergei Shoigu reported that more than 40 warships, including the newest 18 and also 25 airplanes and helicopters, would participate in the parade of this year in St. Petersburg.

In 2017, on the instructions of the President of the Russian Federation, the first stories modern Russia The main naval parade, which will now be held annually along with parades on the Northern, Black Sea, Pacific Fleets and the Caspian Flotilla. Spectators of the parade in St. Petersburg last year saw the heavy nuclear-powered missile cruiser Peter the Great, the world's largest nuclear submarine Dmitry Donskoy, a number of the newest naval ships — the landing ship Ivan Gren, the frigate Admiral Makarov, diesel-electric submarines "Great Novgorod" and "Vladikavkaz". Ships from China participated in the celebration - the destroyer Hefei, the frigate Yuncheng and the support ship Lomahu.