Nuclear weapons - the guarantor of security. Bondarev did not approve the plan to denudarize the DPRK

April 28 2018
50
Before talking about the denuclearization of the Korean Peninsula, it is necessary to ensure the security of the DPRK in other ways. This was stated by the head of the Federation Council Committee on Defense and Security Viktor Bondarev, his press service said. 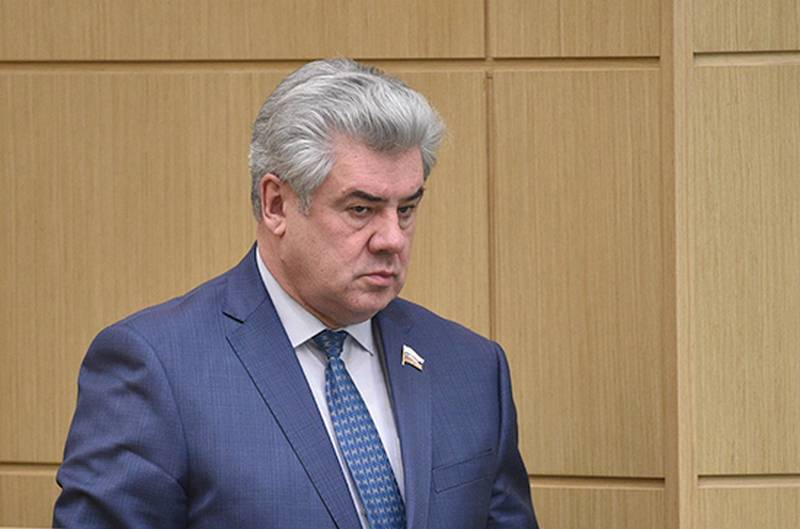 The parliamentarian pointed out that the unification of North and South Korea into one state is indeed possible. According to him, there are serious reasons to believe that the agreements reached at the Korean summit on the termination of mutual hostility will be realized, and will not remain just declarations.

But it’s premature to speak about the denuclearization of the Korean Peninsula, in my opinion. Nuclear weapon - the guarantor of security of the DPRK from the Anglo-Saxon aggression and expansion, the guarantor of the sovereignty of this country
- pointed Bondarev.

Therefore, we must first ensure the security of North Korea in other ways, in order to prevent the invasion of the United States and its allies in this country under imaginary pretexts, as is often practiced. And only after that can we talk about denuclearization
- noted the parliamentarian.

At the same time, he did not rule out that the United States would insist on forcing this process, to put pressure on the DPRK, including through the Republic of Korea, so that Pyongyang began the disposal of nuclear weapons.

Kim Jong-un acted wisely and cautiously, promising as proof of the desire for denuclearization only to abandon the test of ballistic missiles: after all, this does not mean the elimination of the nuclear stock already existing in the DPRK
- pointed out a member of the Chamber of Regions.

Bondarev also noted that the unconditional positive outcome of the talks in Panmunjom was the intention of the two North and South Korea to make peace.

At the same time, according to him, it is early to say in what form and how it will be implemented. He did not rule out that the union will be on a confederal basis.

But the union is in the interests of the people of both countries. For us, this is also significant. Stabilization of the situation in the East Asian region is welcomed by Russia, because our border runs alongside North Korea, which means our national interests are concentrated there.
- noted a member of the Federation Council.