From the rearrangement of the places of the terms ... In Ukraine, the draft offices were renamed

April 27 2018
27
Territory centers of recruitment and social support appeared on the basis of the military commissariats of Ukraine, the Minister of Defense Stepan Poltorak said on his page Facebook 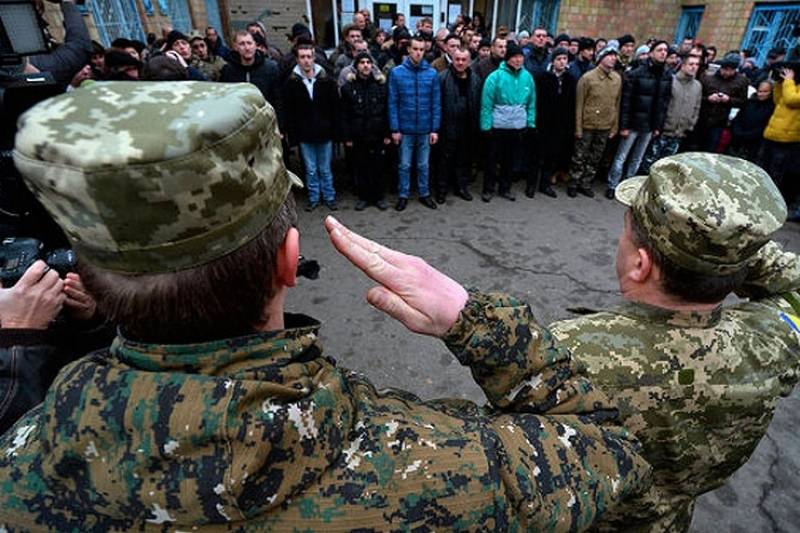 The plan provides for the transition to a new format of work in the military commissariats. The purpose of the creation of such centers is to increase the efficiency of work with the military, reservists and veterans in the system of providing services for their social and legal protection.
- he stressed.

Earlier it was reported that, following the results of the autumn draft campaign in Ukraine, almost three-quarters of recruits did not appear at the military registration and enlistment offices. Judging by the logic of the Ukrainian Minister of Defense, renaming military registration and enlistment offices into social centers will solve the problem of draft dodgers in Ukraine forever.

Recall, April 1 in Ukraine began the spring recruitment. According to the plans of the Ministry of Defense, 15 thousands of conscripts will join the Armed Forces of Ukraine, the National Guard, the ranks of border guards and the service of special vehicles. The spring call will last until May 31.

The authorities promise that none of the 2018 designed for the year will be taken to the front line, solely by personal request and after completing the course of special training.