What does the Syrian Express carry?

The photos were posted on Twitter by a Turkish blogger who tracks ships through the Bosphorus Strait. 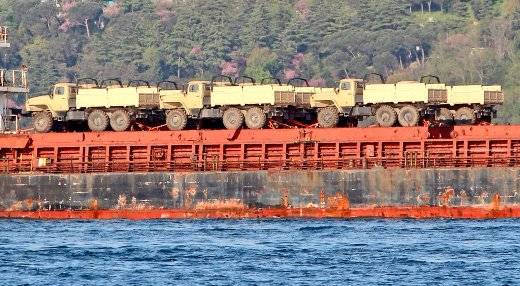 “Military experts say that cars are painted in sand color. Previously, this was hardly noticed; the equipment was in the green camouflage that was familiar to us. Cars "Ural - 4320" are currently among the most popular in Syria. They are used to deliver personnel, ammunition, military equipment ", - writes Messenger of Mordovia. 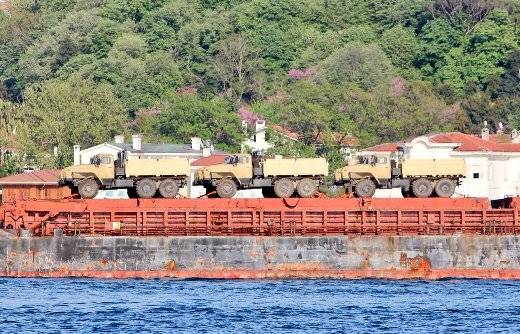 Machines are also used as artillery tractors. They are equipped with a variety of weapons, including anti-aircraft guns of various calibers, including 100-mm.