They flew ... The FSB detained the members of the "sleeping" cell of IG * from Novy Urengoy

April 27 2018
61
The Federal Security Service detained four members of the “sleeping cell” of the Islamic State terrorist group *, who were planning a series of terrorist attacks in Moscow, the Public Relations Center (DSP) of the FSB said 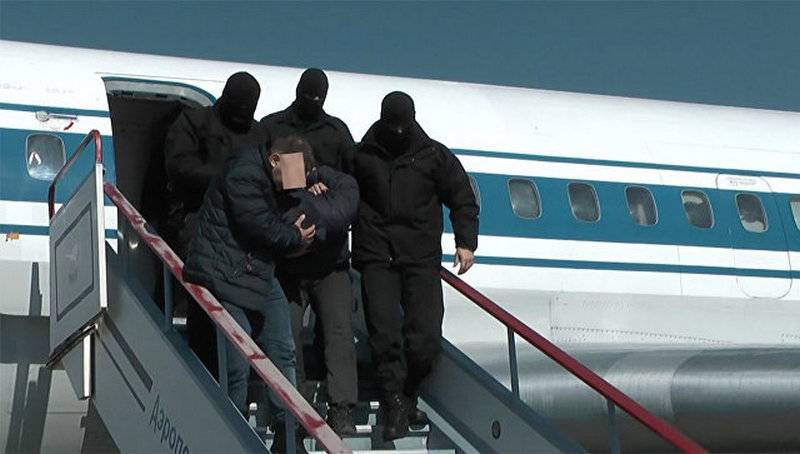 This group arrived from the city of Novy Urengoy and planned to carry out a series of resonant terrorist attacks in the Moscow region.
- said the agency.

It is noted that the coordination of the activities of the detainees was carried out from the territory of Syria via the Telegram messenger.

As noted by the FSB, in the course of operational activities, an aiding base of terrorists was revealed, as well as their connections from among the radically minded residents of Novy Urengoy.

In order to prevent the unlawful activities of the accomplices of terrorists in the New Urengoy, the FSB, together with the Ministry of Internal Affairs of Russia, carried out a preventive special operation, during which 20 people were detained and 17 search actions were conducted
- reported to the DSP.

As a result, a large number of religious extremist literature, video materials propagandizing the activities of the international terrorist organization Islamic State, as well as communication tools used to communicate with foreign emissaries were found and seized.