April 27 2018
20
The head of the DPR, Alexander Zakharchenko, announced his intention to open branches of the public organization "Stronghold of Donbass" in Odessa and Kharkov, reports RIA News. 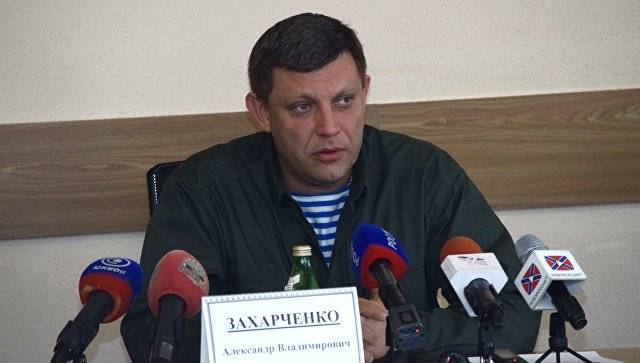 This organization was created in the republic in 2014 year with the beginning of the conflict in the east of Ukraine, its founder and honorary president is Alexander Zakharchenko. Members of the organization are engaged in social and social activities.

The main task ... is the opening of our offices in Odessa and Kharkov. This will also be a priority task.
said the head of the DPR at an extraordinary conference "Bastion of Donbass."

Zakharchenko noted that branches of the organization can be opened in other Ukrainian cities.

Recall, Kiev does not recognize the DPR and the LPR as sovereign republics, calls them terrorist organizations, and the territories they control are occupied. The Ukrainian authorities accuse Moscow of supporting the republics and continuing military operations in the Donbas.