Suffered for the faith. Part two. General from the cove

3 May 2018
144
The first material on the content of the Penza Martirologist mainly dealt with male and nun clerics, who were often shot for distributing religious books and “agitation”, and in a country whose constitution did not prohibit freedom of conscience, but was allowed by law. However, people who had only an indirect relationship with the church got into the "Martyrology". They are not so many, but they are. For example, a person performed the duties of a church trustee and, moreover, was a sincere believer. 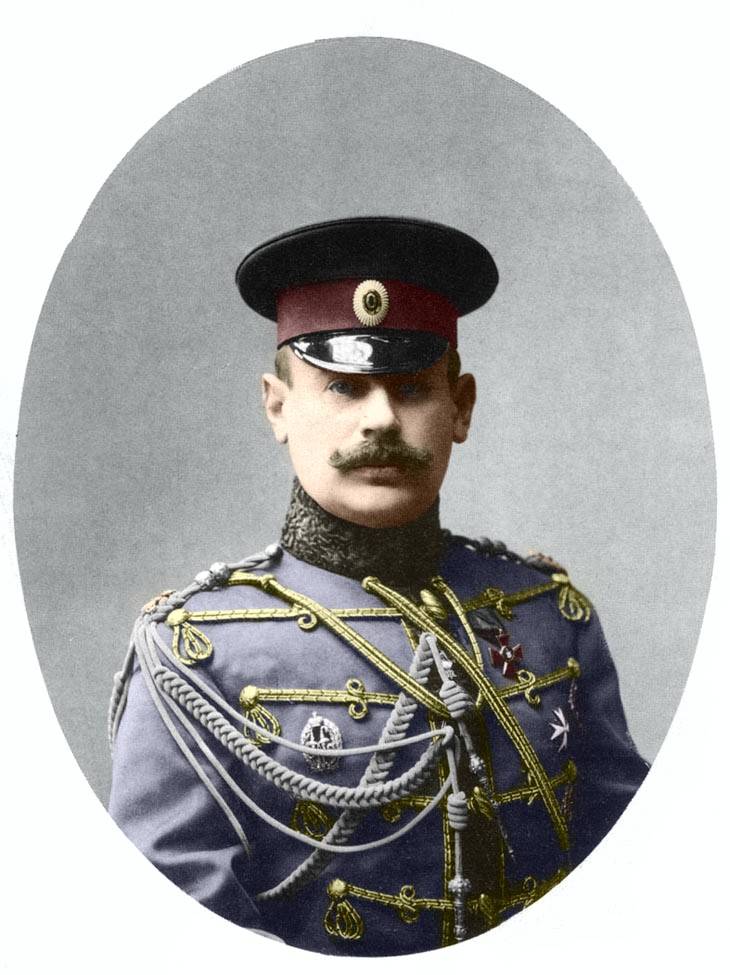 And now, looking through the "Martyrology", I found in it the name of a person of a truly amazing fate, so amazing that you can shoot or write a novel about him. Few know about him today. But in tsarist Russia, his name was at the hearing, and people with a position over him even laughed and called ... "the general of the co-hawkeri". We are talking about Vladimir Nikolayevich Voeikov, Major General, Commandant of the Suite of His Imperial Majesty, the statesman of Russia and ... the founder of the Kuvaka water bottling plant, which still operates in the Penza Region. So, for more than a hundred years we have been “drinking on” the inheritance of the Russian Empire. The country is now completely different, and [right] [/ right] here is the “Kuwak” as it flowed from the ground and flows. Here are just a commodity, it became precisely the efforts of General Voeikov ... About him today and our story goes.

He was born the next general in 1868 of 14 in August in St. Petersburg, where he spent his childhood. He belonged to an old noble family, known from the XIV century. Father - cavalry general Ober Chamberlain Chamber Dvor E.I.V. Voevik N.V., had a large estate in the Penza province, and V.V. Dolgorukov’s mother was also not a simple one, but the daughter of the Moscow Governor-General Prince V.A. Dolgorukov. He himself, in turn, was married to the daughter of the Minister of the Imperial Court and the Parcels, Adjutant General Count VB Fredericks Evgenia Vladimirovna Frederiks. And it was he who was the godfather of the holy martyr Tsarevich Alexei Nikolaevich Romanov. 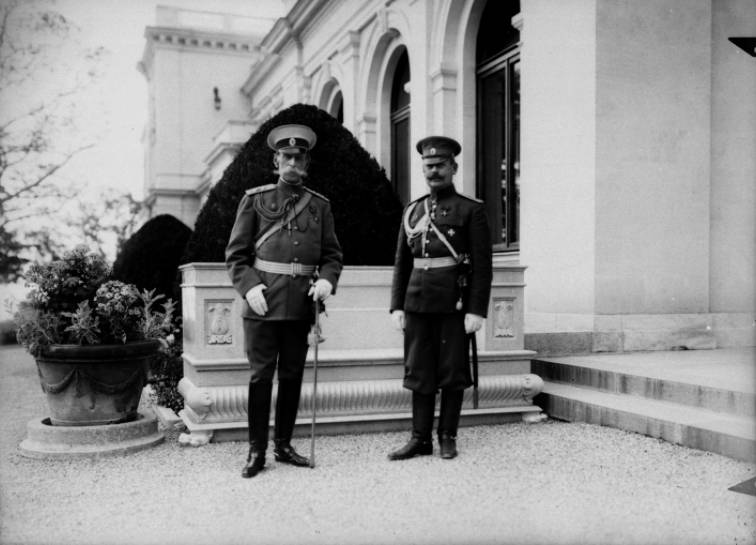 His career was straight and traditional: 1882-1887. training in the Corps of Pages, whence with the rank of cornet was issued to the Cavalry Guard Regiment. In 1894, a business trip abroad as an orderly to the adjutant general, Admiral OK, followed. Kremer, whose task was to notify the accession to the throne of the emperor Nicholas II.

С1887, he served in the Horse Guards. But in 1897-1898. he worked as a clerk for the restructuring of the regimental church in the name of Sts. the righteous Zechariah and Elizabeth at the barracks of the Cavalry Guard Regiment in St. Petersburg, for which he personally raised funds, and then was appointed ktitor of this church.

In 1890, the year was recorded in the 6 part of the Noble Family Tree of the Penza Province and was elected an honorary citizen of Nizhny Lomov. From July 1900 to August 1905, he commanded a squadron of the Cavalry Regiment with the rank of captain. 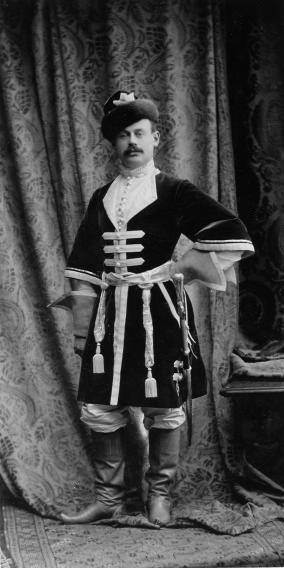 Guard captain V.N. Voeikov in the costume of the archer Stremyannogo order from the time of Tsar Alexei Mikhailovich at a costume ball in 1903 g

During the years of the Russo-Japanese War 1904-1905. took part in the hostilities in Manchuria: as part of the Red Cross service evacuated the sick and wounded.

In the 1906 year, already in the rank of colonel, he was granted aide-de-camp, and from 1907 to 1911 the year was commanded by His Majesty's Life Guards Regiment. And not just commanded, but actively engaged in issues of physical education of the troops, and in 1910, he wrote the “Instruction for training troops in gymnastics”. 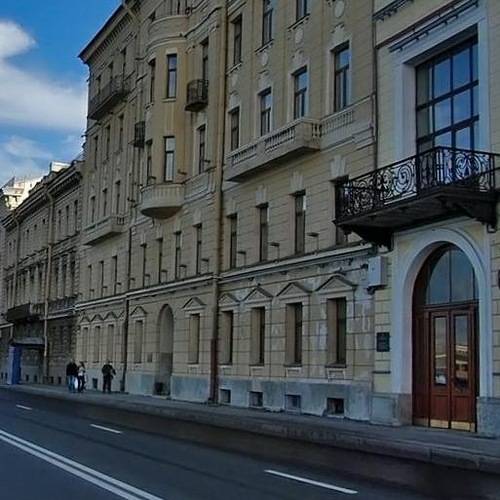 In 1911, production followed to major generals. In 1912, General Voeikov heads the Russian Olympic Committee and leads the Russian delegation at the V Olympic Games in Stockholm.). Since June 1913 of the year, he ... Glavnomontraschiy for physical development of the population of the Russian Empire. That is, they were engaged in tsarist Russia and this ... 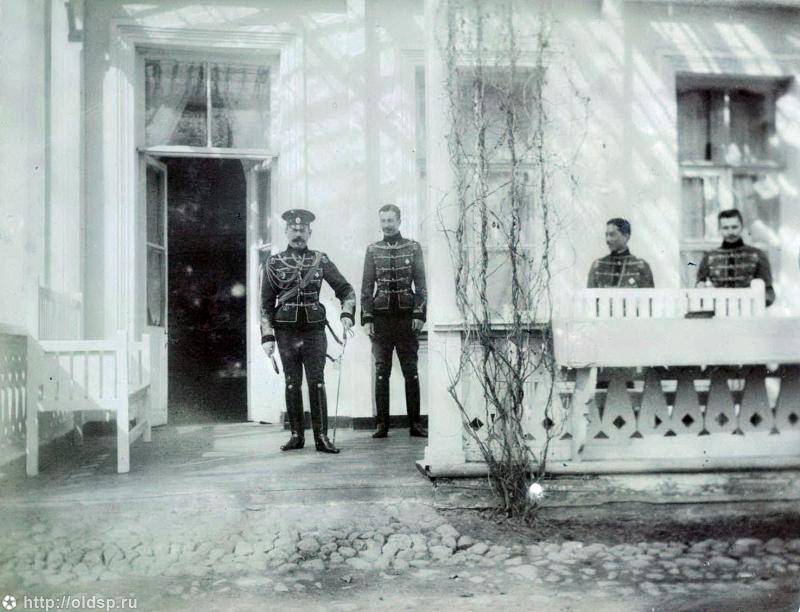 At his house in the estate in Kamenka with his comrades on the shelf.

24 December 1913 of the year Voyeikov was appointed commandant of the retinue of His Imperial Majesty, that is, he received one of the most responsible government positions, supervised the protection of the emperor and his family, and accompanying the sovereign on all of his travels in Russia, ensured their security. At the same time, in his estate near Penza, he organized the production and sale of Kuvaka mineral water. For many, it seemed strange at the time. Well, the general should not have bothered about some kind of pipes, ordering where to drill the earth, and then watch how this water is bottled. But ... he himself did not pay attention to the sidelong glances and whispers behind his back, and Nicholas II, when they reported to him about this, invariably answered that he was completely satisfied with the work of General Voeikov. Meanwhile, due to the development of production and agriculture in Kamenka, he literally raised the economic level of the village. As a result, his estate was one of the largest and most promising in the Penza province. He even advertised his water while he was abroad. Having taken a table in a Parisian restaurant and sitting behind him in his general's uniform, he demanded to give Kuvak water, and when it was not served, he was offended and promised that he would not come to this restaurant again. Naturally, the restaurant owners immediately ordered this water in Russia and ... gave her advertising. Gradually, the water was liked and ... "gone," bringing the Warrior a huge profit.

Here it is - Kuvaka Penza water!

However, he did not put it in the jug. For example, with the beginning of World War 1914, he opened an infirmary for the wounded in Kamenka.

In 1915, he was in correspondence with the archimandrite of the Nizhnelomovsky Kazan Monastery, Leonty (Khopersky), about sending Nicholas II to the headquarters of a copy of the Nizhnelomovsky icon of the Kazan Icon of the Mother of God and at the same time was a trustee of the Pokrovo-Nikolaevsky Monastery with s. Virga of Nizhnelomovsky district, which in 1916 alone was visited by more than 16 thousand pilgrims. And in 1916, for his godly works, he was awarded the archpastoral blessing for the improvement of this holy monastery.

The last time he visited Nizhnelomovsky district was in August 1916, and then he was under the sovereign emperor until his abdication, and, by the way, he strongly discouraged him from this step.

I saw the emperor for the last time on March 5 of the year in a bid in Mahilyow and wrote about this: “His Majesty expressed in a warm voice in warm expressions how he appreciates my sometimes difficult service, and expressed gratitude for his unfailing loyalty to him and the empress. Having embraced me for the last time with tears in his eyes, the sovereign left the office, leaving me with a painful feeling that this meeting is the last and that a terrible black abyss opens up before the tsar, as well as before Russia. 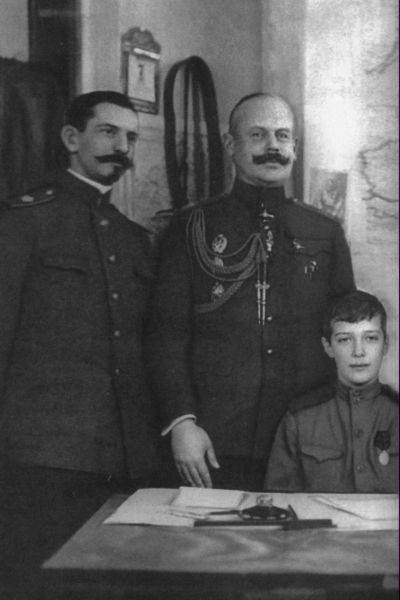 7 March 1917, when Voeikov left Mogilev for his Penza estate, to Kamenka, he was arrested at Vyazma station, Smolensk province, and sent to Moscow, where he was first interrogated, then for some reason transported to Petrograd in the Tauride Palace.

In March he was imprisoned in the Trubetzkoy Bastion of the Peter and Paul Fortress, where he learned about the defeat of his estate in Kamenka by the peasants, and where he was interrogated, and where he happened to experience hunger and cold. But there were some pleasant moments. So, one day after the Easter matins, soldiers came to his cell with breaking fast; thrice sang "Christ is Risen!" and, having risen with him, left.

In the fall of 1917, he managed to free himself from the Peter and Paul Fortress under the pretext of a nervous disease and was taken to a private clinic for mental and nervous patients, Dr. A.G. Konasevich. But he was very much afraid of a new arrest, and he fled and hid from her in different apartments.

He established contact with the royal family, who was in Tobolsk: and with his wife began to send them letters and parcels. He tried to flee to Finland, but could not cross the border. He returned to Petrograd, where he began to portray the insane, and for a while he found shelter in an insane asylum on the outskirts of the city. Upon learning of the arrest of his wife, he decided to leave Russia. Literally, by a miracle, I snuck into Belorussia, and then into Ukraine and Odessa. In 1919, he moved to Romania, then lived in Bucharest, Berlin, Danzig, Bern and Copenhagen. His wife, Eugene Frederiks, was taken hostage and held in a Moscow concentration camp, located in the Ivanovo monastery.

Upon arrival in Finland, Voeikov settled at the doctor's cottage in Terijoki, where in August 1925 came to his wife, Eugene, who finally received permission to leave the USSR with his father and sister.

In 1920, he received a residence permit in Finland, where he lived until the Soviet-Finnish (Winter) War in the resort town of Terioki on the shore of the Gulf of Finland (today Zelenogorsk).

In 1936, he wrote and published a book of memories about life at the Court "With King and without King."

When in November 1939 of the year there was a threat of capture of Vyborg by Soviet troops, Marshal KG Mannerheim immediately came to the aid of his comrade in the Cavalry Guard Regiment and sent several trucks on which his family was able to move to Helsinki.

In March 1940, Voeikov moved to Stockholm, Sweden, and then to his suburb Yursholm. In the year 1947, October 8, he died in Stockholm, but was buried in Helsinki in the grave of his father-in-law, Count VB Fredericks. There they later buried the wife of Voeikov. In his book, he wrote the following: “The end of my life cross will be the thought that I was powerless in the fight against the treachery surrounding the throne and could not save the life of the person from whom I, like all Russian people, saw only one good” * . 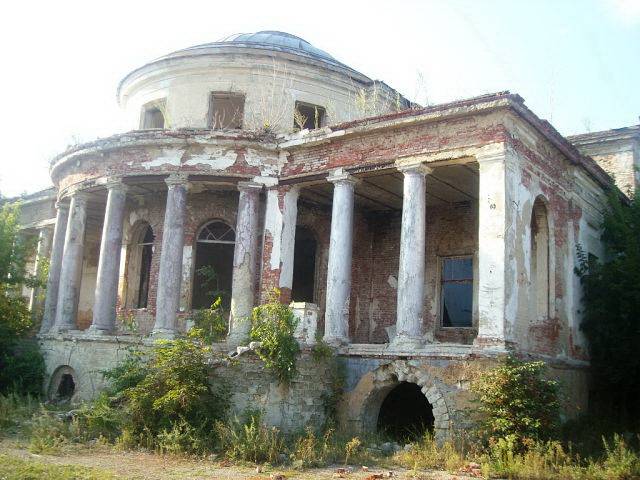 But what remains of his estate today ... But there could be a museum, a sanatorium, finally. But no! "Peace to the huts - war to the palaces."

Such a life in Russia and abroad was lived by the “general from the coaxis” V.N. Voeikov, who worked for her and his own good. He failed to save the king, but ... but he managed to save his own wife, which at that time and in those circumstances few succeeded. Well, we are happy to drink the open water of “Kuvak” today!

Author:
V.Shpakovsky
Articles from this series:
Suffered for the faith. Part one