"Warriors" in the ranks. At the Parade in Primorye will show new equipment

April 27 2018
4
As part of the solemn procession of military personnel in Petropavlovsk-Kamchatsky, dedicated to Victory Day, Pacific Marines fleet for the first time they will present the combat equipment “Ratnik” to the residents of the region, the press service of the Eastern Military District reports 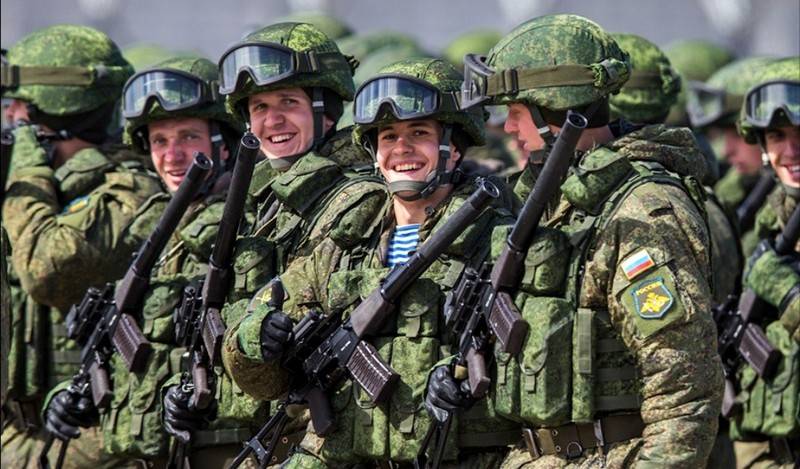 It is noted that 9 May festive events will be held in three cities of Kamchatka, the main ones are traditionally scheduled in Petropavlovsk-Kamchatsky.

More than 11 military personnel and employees of other departments will pass through the main square in the 800 parade settlement. For the first time, one ceremonial crew of the Pacific Fleet marines will be equipped in the “Warrior” costume
- the report says.

The mechanized column will be followed by the latest satellite communication stations based on the BTR-80, mobile mortar and anti-aircraft missile calculations on KamAZ vehicles, Triumph C-400 SAM systems, multiple launch rocket systems and special equipment. In addition, they will be shown launchers of the coastal missile system "Bastion", anti-aircraft missile and gun complex "Pantsir-S" and new armored personnel carriers BTR-82A. In total, the 21 unit of military equipment is used in the mechanized column, the press service added