Who is Poland? EU plans to leave Warsaw without money

April 27 2018
46
The government of Poland is excited: waiting for disturbing news from Brussels. 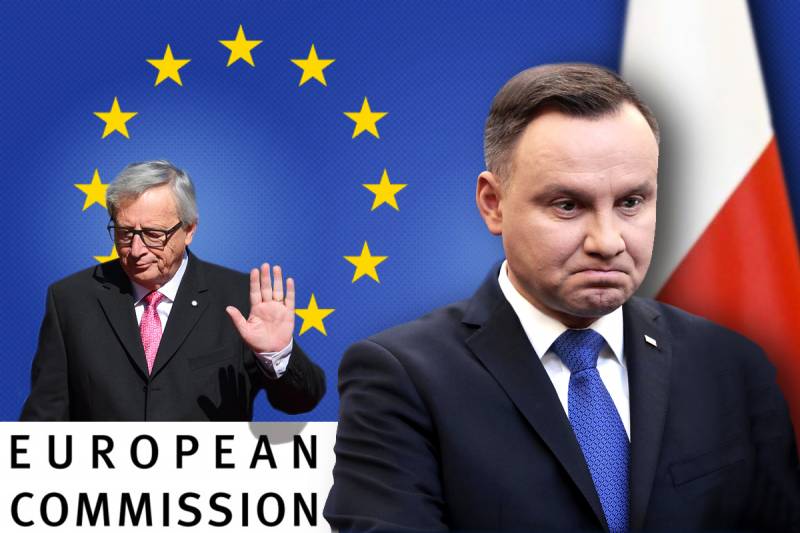 2 May The European Commission will publish a draft EU budget for 2021-2028 years. According to preliminary information, the document implies a significant reduction in the allocation of funds to Eastern European members of the organization.

Despite the fact that the details of the new EU financial plan continue to be behind the scenes, Polish politicians discuss in advance the potential threat to the economy, taking advantage of their political interests.

On the eve of the “Polish Radio”, Adam Sheinfeld, a deputy from the opposition Citizen Platform Party, and Ryszard Charnetsky, a representative of the ruling Law and Justice party, tried to find a way out of the situation.

The most interesting was the rhetoric of the last interlocutor, who explained the intentions of Brussels to reconsider the amount of financial assistance to the countries of Eastern Europe solely by external circumstances. As the politician noted, the possible reduction of subsidies to the Polish economy could be the result of the UK leaving the European Union, which annually deducted 14 billion euros to the European budget. Mr. Charnetsky also linked the shortfall in financial resources with the economic crisis in Southern Europe. In other words, the money that was in the 2014 – 2020 years (the EU budget is planned for 7 years. - Approx. Ed.) Was designed to support the economies of Poland, Hungary, the Czech Republic and Slovakia, Greece, Bulgaria or Croatia will start receiving 3.

In a possible redistribution of financial flows in favor of the southern part of the EU, a member of the ruling party saw a certain injustice. The politician noted that, unlike Poland, which supported the political course in accordance with the recommendations of Brussels, Greece, Cyprus and other southern representatives were not distinguished by diligent implementation of the "older brother" instructions. Obviously, the demonstrative accusations by Poland of the EU donors (mainly Germany) are in the unfair distribution of funds, which sharpen a number of questions.

Recall that the Polish participant who declares “diligence of behavior” has recently regularly become a source of problems and conflicts in the European community. Thus, the migration crisis continues to be one of the main subjects creating distrust in relations between Poland and the European Union. Recall that the Polish leadership refuses to accommodate refugees on its territory as part of the resettlement program in the European Union. Politicians say that thousands of Ukrainian citizens regularly arrive in the republic, and therefore demand that Brussels withdraw its obligations to accommodate migrants who have fallen into Europe from the Middle East and from North Africa.

In addition, the judicial reform implemented by Warsaw, which violates the principle of separation of powers, does not stand up to criticism: in accordance with the adopted amendments, the Polish justice system must be subordinate to the ruling party.

Also a separate review is required by the rewriting guide policy. stories. Earlier, Warsaw demanded that the main sponsor of the European Union pay for the damage caused by Hitler's Germany in the 1939-45 years. The ex-minister of defense of the republic, Anthony Macjerevich, noted that the decision to forgive debt obligations was taken by the Polish People's Republic, which, according to Macherevich, remained a “Soviet colony” that had nothing to do with the current state.

The chances of getting financial support in the same amount from the country are really not so much, and one cannot fail to say about the limitations of the tools with which the current leadership can change the situation in its own favor. The Russophobic hysteria created by Polish politicians ceases to be in demand, which leads to the loss of Warsaw (the main supplier of anti-Russian initiatives) of political positions in the international arena.

Some politicians have already declared the need for Poland’s withdrawal from the EU. This can happen if the amount of financial contributions does not meet European expectations.

However, this behavior can be called a good mine in a bad game. In the end, there will not be many who want to put a subsidized state on their necks.

Ctrl Enter
Noticed oshЫbku Highlight text and press. Ctrl + Enter
We are
A great interview with Sergey Lavrov: about Ukraine, Obama and IranWhat you didn't want to know about England
Military Reviewin Yandex News
Military Reviewin Google News
46 comments
Information
Dear reader, to leave comments on the publication, you must sign in.