Su-57 and dancing with the wallet

7 May 2018
117
Actually, the colorful Indian movie with dancing seems to have come to its natural finale. India left the joint project with Russia of the FGFA (Fifth Generation Fighter Aircraft) project and in the dance moved a little further away, to France. For the "Rafal". 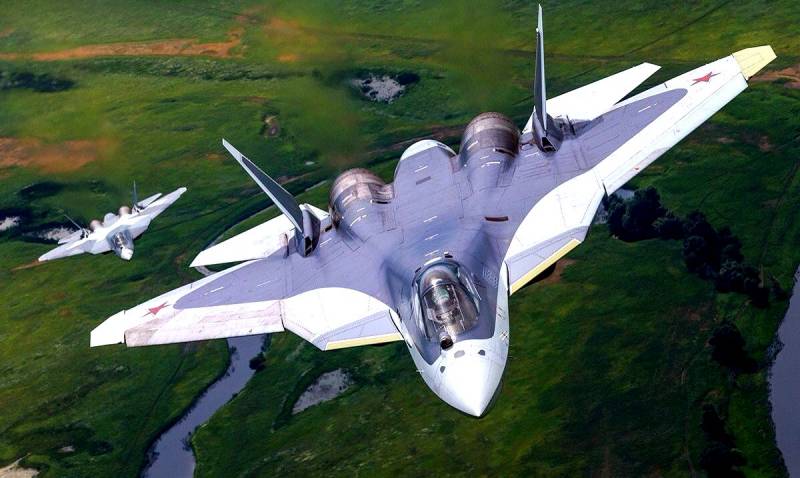 What do all these dances say?

For some, the thought would be pleasant that the beautiful Indian engineers and pilots found so many flaws in the Su-57 that India decided to abandon this coffin.

I do not want to throw anything in the direction of Indian specialists, but: as stated in one of the statements, "The Indian side believes that the avionics, radar and sensors of the Russian design do not meet the standards of the fifth generation aircraft."

I wonder what was the basis of this conclusion? No, seriously, compared to what? As far as I know, India did not have similar joint projects with those who can really sift off an 5 generation fighter. There are only three such countries: the USA, Russia, China.

Perhaps, of course, the Indians, as world leaders in the development and production of radar, avionics and other assortments, sounded themselves. It would be understandable if radars, for example, for Boeing, were produced in Bombay. And so - amazing.

But the most surprising thing here is that the PAK FA somehow managed to somehow become the Su-57, but the miracle that was called FGFA from the PAK FA was not fashioned.

And because back in the distant 2011 year, the Indians decided that the PAK FA is not the 5 generation at all. Maximum - 4 +. So, the Russian side was asked to change some parameters so that FGFA could become an 5 generation aircraft.

Quantitatively - 43. Many will now understand why Su-57 flies, but FGFA does not.

Honestly, all these claims did not look very convincing. How to understand correctly: “weak capabilities of armament”, “inconsistent stealth characteristics” and “lack of modernization component on engine use”?

The Chinese had to put the engines, they have the modernization potential - you will begin to rock! "Weak weapons capabilities" ... As I understand it, this aircraft alone had to accelerate with kicks all over the wing of a Chinese aircraft carrier?

In fact, everything is simple and transparent. The money ran out.

This is normal in fact. Crisis and all that.

And instead of a thousand Armat, we decided to arm one division. Then. In perspective. And with Su-57 the same. 50 instead of 250. No, what's up? A crisis. The price of oil is falling. Yacht officials need real estate.

Considering that in India there are more people living in 10, then having the opportunity to steal there more times in 10. Everything is logical.

Why only to cling to an airplane? The plane has nothing to do with it. But you have to save your face ...

No, something was on the topic. For example, claims on the first engine, or, as it is now dubbed, "The engine of the first stage." And the situation with missiles, too, at one time was very vague and uncertain.

And there is a Hindus, in principle, a reason for distrust. But this concerned again bringing to mind the requirements of a submarine and a cruiser.

But to finalize is one thing, but to develop is another.

"We" seem to be how to produce together. There is a Hindus. They allegedly produce “all together” the equipment. So this is said proudly everywhere.

But there is no need. It is easy to verify, but India trivially assembles all its supposedly “jointly produced” equipment from ready-made sets. This applies to both aircraft and tanks, and other equipment.

On the one hand - simply, on the other - the people in business and it seems to be mastering the technology. And everyone is happy with everything.

To assemble a tank from a vehicle kit is, of course, both simpler and cheaper than a plane. The plane itself is more expensive at times, and its assembly will cost more. Plus frames that decide everything. Or spoil everything.

And, of course, the eternal Indian desire to save on everything.

Not surprisingly, since 2012, funding for the unfortunate FGFA has actually been stopped. Claims plus dissatisfaction of the Indian side with the delayed transfer of technology to the Russian side.

Our quite understandable. Why rush to transfer the most interesting, if there is no money?

In 2016, it seems to have agreed. It seems to have decided that funding will be conducted in equal shares, then we agreed to take on most of the R & D expenses. Well, adjusted the amount to 3,7-4 billion dollars from each side.

However, no documents were signed. Again, solely on the initiative of the Indian side.

From numerous comments it can be understood that the financial (first) and technical (second) problems finally quenched the ardor of the Indians. And, instead of truly joint development and production of the fifth generation combat vehicle, the Indians slowly came to the conclusion that it was easier to buy.

So the fifth-generation Indian-made aircraft was transformed into an export version of the T-50.

Created entirely for Russian money and equipped with all our equipment.

This is called "flew."

We look at the claims to avionics and sensors at the beginning of the article.

Summary: There will be no fifth generation fighter from the Indian Air Force. If the Indians "did not pull" at the price of Su-57, then you can not dream of F-35. It is more expensive. Plus, Americans who are doing well in the Indian arms market are unlikely to go to collect 35 in India.

Pragmatic guys from Israel, their drones, too, "together" is not released, by the way. Money for a barrel - and own.

Because dreams ended with the return to the purchase of hundreds more "Rafale". The plane, of course, is not bad, but not the fifth generation.

But if there is no money and no desire to wait, this is quite an option.

Of course, the most pleasant thing for the Indians would be to completely leave all the costs of developing the fifth generation fighter to the Russian side, and in fact to come to all that is ready and just buy.

But - a vicious circle - this again requires money, which is not. Such a plane would cost considerably more. And planes are needed tomorrow, as it turned out. Therefore, the idea of ​​FGFA under the disgruntled whipping of the parties is absolutely not solemnly buried, the fifth generation is forgotten and satisfied with the fourth generation.

True, this is nothing said. Knowing the nature of our Indian partners and the desire (and ability) to dance on a given topic, I will not be very surprised if, having once again bargained hoarse with the French, they will return to the idea of ​​FGFA.

Or (as an option) will start dancing around Su-35. Which is already ready and no need to wait.

Here we are satisfied with any option. Just because Su-57 is already flying and this fifth generation is being worked out on it.

Lost profits? Uff ... In general, it is difficult to talk about profit, having in mind the Hindus. And in general, if we talk about the release of Rosoboronexport, let him take his C-300 and C-400.

Then there will be no problems with Rafali ...