While in the civilian version. Iran has applied for the supply of two Ka-226T 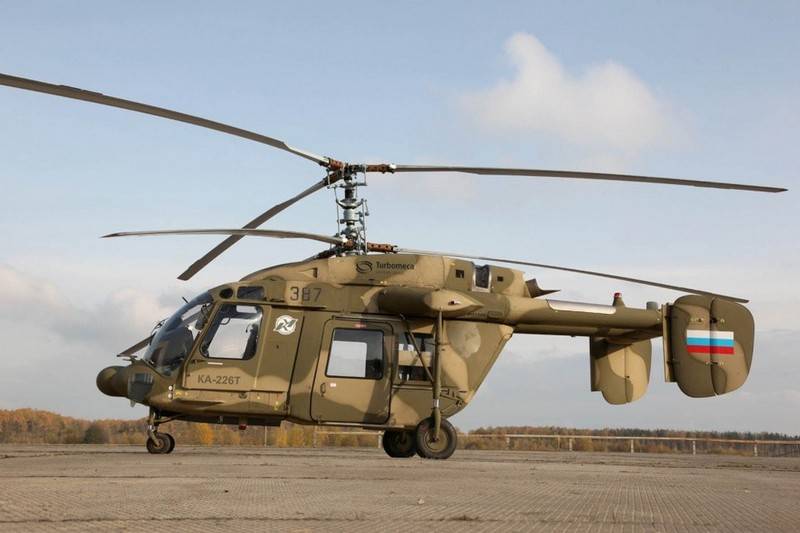 Earlier, at the request of the Iranian side, the Ka-226T helicopter was successfully tested in Iran under conditions of extremely high temperatures.

Negotiations are underway - I will not disclose the name of the company for the time being, but there is an application from Iran for the first two Ka-226 helicopters in civilian appearance. Now there is a pre-contract work - leads RIA News Boginsky words

The Ka-226T lightweight multi-purpose helicopter with a carrier system made according to a twin-screw coaxial scheme has a maximum take-off weight of 3,6 tons and is capable of carrying up to 1 tons of payload. The main distinctive feature of the helicopter is the modularity of its design - the Ka-226Т easily installs a transport cabin, the design of which allows it to carry up to six people, or modules equipped with special equipment.

Ctrl Enter
Noticed oshЫbku Highlight text and press. Ctrl + Enter
We are
Ka-226T successfully passed tests in IranRussia and India set up a joint venture for the production of Ka-226T helicopters
Military Reviewin Yandex News
Military Reviewin Google News
19 comments
Information
Dear reader, to leave comments on the publication, you must sign in.