April 28 2018
295
As a result of recent events in Syria, discussions of modern air defense systems have resumed. Foreign military leaders made a number of statements about the Russian air defense system, and besides, the foreign press was interested in the topic. For example, the American edition of The National Interest has tried to give an assessment of the current situation around Russian-made air defense systems.


23 April edition published in The Buzz and Security headings a new article by their regular contributor Dave Majumdar with a loud headline “SURGES 300 or S-400: F-35 Killer or Overhyped?” - “Russian C-300 and C-400: killers F-35 or overvalued dummies? ”As the name implies, the subject of the article was Russian anti-aircraft missile systems, their combat effectiveness and ratings by third parties.

At the beginning of the article, D. Majumdar indicated that the US military had questioned the effectiveness of Russian-made air defense systems. And immediately after that, he offers his interpretation of current events. 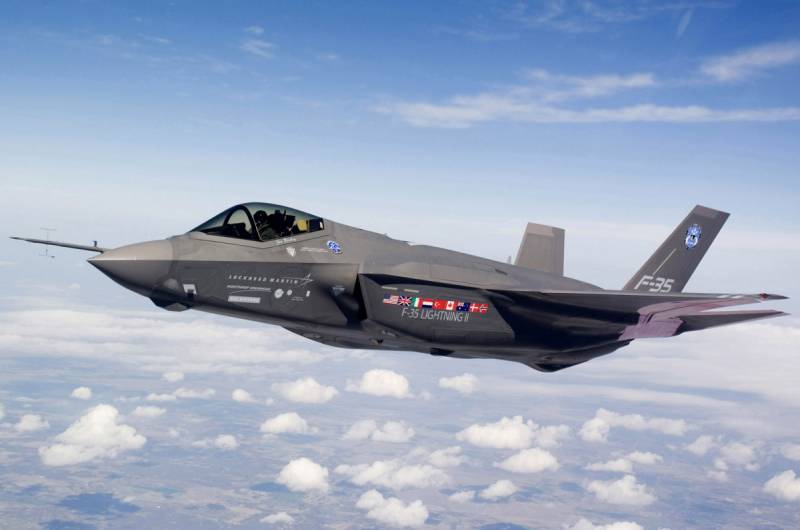 The author of The National Interest believes that the latest Pentagon statements about Russian weapons associated with the desire to influence Turkey. Ankara has decided to purchase Russian S-400 air defense systems, and Washington is not happy with this. At the same time, recent US statements contradict the observed facts. The United States and its allies are investing hundreds of billions of dollars in stealth aircraft and long-range cruise missiles, while the defenses against them made by Russia are declared ineffective.

D. Majumdar also reminds that before the April 19 briefing, the US military usually considered the C-400 complex as a threat. Earlier it was claimed that such a system is able to create the A2 / AD area (the so-called restriction and prohibition of access and maneuver) and exclude the work of the enemy.

The Pentagon officially stated that all coalition rockets hit their targets in Syria - despite the clearly dubious claims by the Russian side, according to which Syrian air defense shot down most of the missiles. After the missile attack, spokesman for the US Department of Defense Dana White said that Russia mistakenly declares the successes of the Syrian army. It is alleged that some of the missiles were shot down, but in fact all the intended targets were hit.

D. White also commented on the work of the Syrian air defense. According to her, all fired "ground-to-air" missiles were launched after the missiles of the United States and allies reached their goals. Also, the representative of the Pentagon noted that the Russian air defense systems were ineffective. Two days after the missile strike, Russia and the “Bashar al-Assad regime” allegedly again showed the ineffectiveness of the air defense when it accidentally went into combat mode.

A representative of the Chiefs of Staff Committee, Lieutenant General Kenneth F. Mackenzie, Jr., later confirmed the data of D. White. He said that during the missile attack on Syria, the Russian air defense systems were active, but they did not take any action and did not try to shoot down the flying missiles. The general indicated that the Russian side was following the air situation. In addition, in the area was an airplane for long-range radar surveillance and control. The Russian military decided not to participate in current events, and K. McKenzie cannot say why they did it that way.

The representative of the Committee of Chiefs of Staff confirmed the information about the low effectiveness of air defense in Syria, but made an important reservation. He made a substantial difference between the outdated complexes that are in service with the Syrian army and modern systems operated by Russian troops. General Mackenzie also noted that the part of the Syrian anti-aircraft defense, which is controlled by the Russian military, was actively working and comprehensively opposed the missile attack. In this regard, the general makes conclusions about the differences between the various complexes under the control of military personnel of the two countries. Although the Russian side did nothing, it is directly connected with the systems existing in Syria.

Dave Majumdar believes that all the statements of American officials about the ineffectiveness of the Russian air defense systems are not so much connected with the recent attack, as with relations within NATO and the desire to keep one of the partners. In his opinion, all these words are addressed to Turkey - a wayward ally of the United States in the North Atlantic Alliance. Ankara wants to buy the C-400 Russian Triumph anti-aircraft systems, and Washington, in turn, is trying to dissuade her from such a decision.

Dana White had previously stated that the American side had held talks with Turkish colleagues, and they had been warned about problems with the compatibility of equipment. So, Russian-made complexes are unlikely to be able to work with standard means of communication and control of NATO. But in the end, according to D. White, the decision remains with Turkey. She has to decide on her own which actions correspond to her strategic interests.

In the current situation, according to the author of The National Interest, there is a curious problem. If we take for granted the words of the Pentagon representatives about the inefficiency of the Russian anti-aircraft systems, then the unpleasant question arises: why should the United States invest hundreds of billions of dollars in stealth technology and equipment using them? The effectiveness of Russian air defense has long been used as a justification for the outrageously high price of stealth aircraft. And after recent statements such an argument disappears. It turns out that the threat to which the inconspicuous samples of equipment were supposed to respond simply does not exist.

After that, D. Majumdar recalls the cost of the most famous programs in the field of subtle aviation. The Northrop Grumman B-2 Spirit bombing and development program cost taxpayers $ 45 billion. Lockheed Martin F-22 Raptor project cost nearly 67 billion. The cost of the current Lockheed Martin F-35 Joint Strike Fighter program will eventually reach 406 billion. The US Air Force has not yet published financial plans for the project of the new Northrop Grumman B-21 Raider, but, according to various estimates, $ 56 billion will be spent on this project. What is important, these figures reflect only the cost of the development and construction of aircraft, but do not include operating costs.

In addition to aircraft, the United States is developing aviation weapons with unique features and capabilities. Subtle long-range cruise missiles are being created, the most famous of which are JASSM-ER and LRSO. Together with them, other weapons are being developed that can overcome developed air defense.

Almost always, Russian-made anti-aircraft complexes are considered as a potential threat to such missiles. And again the question arises: what's the point, if the air defense system of Russia is actually useless? You can recall the threat in the face of China, but this does not remove such questions. Chinese anti-aircraft systems, reminds The National interest, are basically copies of Russian-made products.

D. Majumdar believes that at the next hearings in the Committee on Armed Forces, senators will again hear the alarming stories of military leaders about the threats posed by the Russian anti-aircraft systems С-300, С-400, etc. And once again such a threat will be used to justify the outstanding budgets of various projects and programs. Probably, the speakers will again talk about the Russian A2 / AD zones in the Kaliningrad region, in the Crimea and other areas. Thus, the cycle will be restarted.

Recall, the reason for the latest discussions of the effectiveness of Russian-made anti-aircraft complexes was a NATO missile attack on targets in Syria. On the night of April 14, US, British and French aircraft and ships launched a total of four types of 105 cruise missiles. The results of such a blow are still the subject of controversy at the international level, and new information is constantly appearing that makes it possible to correct the existing picture.

Already 14 April, the Russian Ministry of Defense reported that the Syrian air defense was able to intercept 71 rocket. The strike was carried out on the top ten goals, and most of them were not affected. In addition, in some cases, broken through rockets struck not important objects, but auxiliary constructions.

A few days later, his version was announced by the US military. According to the Pentagon, the goal of a massive strike were only three Syrian objects. It was argued that all the missiles successfully reached their targets, and Syria’s air defense was powerless. As a result, all the targets were successfully hit with multiple hits of different types of missiles. It was after these statements that American officials began to talk about the inefficiency of Russian-made anti-aircraft complexes.

As Dave Majumdar rightly points out, such statements are hardly related specifically to Russia. Their addressee, rather, is Turkey, who wants to buy Russian-made weapons. History with the Turkish tender for the purchase of foreign air defense systems stretches not for the first year, and almost from the very beginning is accompanied by disputes of officials. Earlier, Washington, dissatisfied with Ankara's wishes, warned her about problems with the compatibility of foreign technology with NATO systems. Now there is an argument about the lack of effectiveness of Russian products.

In addition, claims of ineffective air defense systems are capable of hitting the reputation of the US military. Previously, they considered such systems to be a threat and a reason for creating not the cheapest aircraft. Now it turns out that there was no threat, and all past spending can be considered meaningless.

The picture of events has changed dramatically 25 April, according to the results of a briefing by the Russian Ministry of Defense. According to updated data from the Russian military, Syria was able to shoot down 46 enemy missiles from 105 launched. Only 22 rockets broke through to their targets. However, the main news At the briefing, steel wreckage of various NATO missiles. The Russian military presented fragments of missiles SCALP, Tomahawk, etc., which were clearly visible characteristic traces of the destructive elements of anti-aircraft missiles. These traces confirmed the effective work of air defense.

Now the Pentagon needs to comment on the data from the Russian military. In doing so, he should be aware of the risks to his reputation. Agreeing with the Russian version, the US military acknowledges the ineffectiveness of weapons. Continuing to support the version of the ineffective Russian air defense system, in turn, will expose the most modern models of equipment unnecessarily complex and expensive. And further, according to D. Majumdar, we should expect new hearings in the Senate, in which the Russian air defense system will once again become the most serious threat and cause for an increase in estimates.