All the same, "Dongfeng 26." China Confirms Adoption of New BRDS

April 26 2018
21
China has confirmed the adoption of a new ballistic missile. Chinese spokesman Wu Qian said at a press briefing on Thursday that the Dongfeng-26 (DF-26) strategic ballistic missile (DF-XNUMX) has entered into service with the PLA. 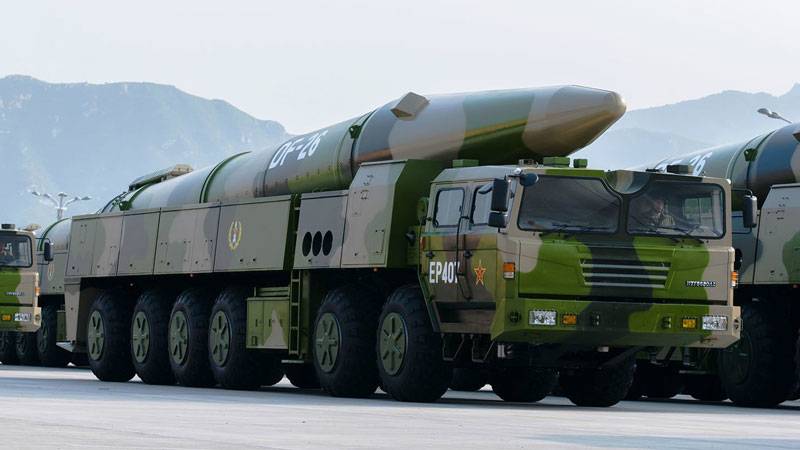 The PLA Missile Forces adopted the Dongfeng 26 rocket, which is a fully developed China medium-range ballistic missile, it has passed all the necessary tests and tests for readiness for battle. After installing the rocket officially entered the military armament of the Chinese army
- declared Wu Qian.

He also stressed that "China’s nuclear strategy is purely defensive in nature, while the policy of the PRC does not under any circumstances weapon - has not changed. "

The DF-26 ballistic missile is capable of carrying conventional and nuclear warheads and can be used on demand. Missiles can accurately hit targets on land and at sea.