April 26 2018
12
Antisubmarine ships of Primorsky flotilla Pacific Fleet as part of the group fulfilled the task of repelling an attack from the air, reports press office Eastern District. 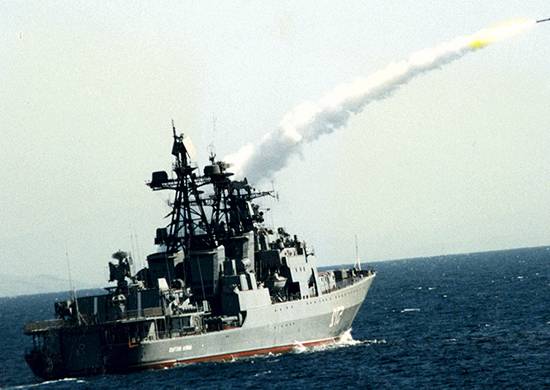 As part of the bilateral tactical exercises of the Primorye flotilla of the diverse forces of the Pacific Fleet, the large anti-submarine ships (BOD) "Admiral Vinogradov" and "Admiral Tributs" as part of a tactical group worked out collective actions in repelling the attack of the air attack equipment of the conditional enemy,
says release.

It is reported that "in the course of combat training during the exercises on air defense, the ships promptly found and took to accompany the cruise target missile, and when it entered the reach zone of the ship's air defense, they fired at an air target using the Dagger self-defense missile system" .

Ctrl Enter
Noticed oshЫbku Highlight text and press. Ctrl + Enter
We are
Weekly summary of November 25 - December December 1 on the military and social situation in the DPR and LPR from the Mage military officer
Military Reviewin Yandex News
Military Reviewin Google News
12 comments
Information
Dear reader, to leave comments on the publication, you must sign in.