With a taste of lead. Anniversary of the accident at the Chernobyl nuclear power plant

April 26 2018
17
Today marks 32 year since the accident at the Chernobyl nuclear power plant. Despite the fact that before the tragedy in Chernobyl, accidents at nuclear facilities were recorded not only in the USSR, but also in other countries, including the USA, it was the 26 accident of April 1986 that became the symbol of the fact that humanity has reached certain technological heights early to claim the conquest of nature.


This is rarely reported, but at the Chernobyl nuclear power plant the first accident occurred in the 1982 year. 9 of September of that year during the pilot operation of the first unit was marked deformation of the graphite stack of the core - the technological reactor channel collapsed. Victims then, according to official data, was not. Restoration work lasted until the beginning of winter.

The accident on the night of April 26, 1986, occurred, as is known, at the station's 4 unit, the reactors of which at that time were called one of the safest in the world. The explosion and fire at the reactor were recorded in 1: 23 during the tests of the turbogenerator when the emergency cooling system was disconnected. A direct explosion killed Valery Hodemchuk, an operator of pumping equipment. His body was never found. In the evening of April 26, Chernobyl nuclear power plant engineer Vladimir Shashenok died in the hospital. New days brought new sacrifices.

The next day began the evacuation of Pripyat - a city with a population of about 50 thousand people.

The main phase of the fire lasted about 10 days. During this time, an enormous amount of radioactive substances was released into the environment - under 400 million curies. Over 220 thousand square meters. km of territory was contaminated in the USSR, BSSR and the RSFSR.

Liquidators note that the main thing they remember is the taste of lead in the mouth that accompanied them everywhere. These are consequences of the decision to drop lead blanks and sandbags into the reactor core.

The first official announcement of the Chernobyl accident was made on April 28, and the head of state, Mikhail Gorbachev, made an appeal on May 14. In the context of radioactive contamination, May 1 celebrations took place in Kiev. Gorbachev subsequently explained this by “lack of information about a high degree of danger.” 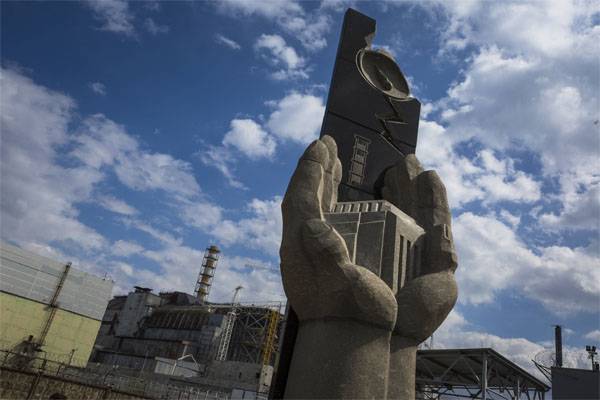 And after more than three decades, the tragedy in Chernobyl makes itself felt - at least the state of health of those who at one time, risking their lives, participated in a large-scale campaign to eliminate the consequences of the Chernobyl NPP accident. The Chernobyl accident was also an additional factor in the impact on the economy of the USSR and the future state of demography in several regions at once.

"Military Review" expresses gratitude to all those who were involved in the LPA and their work against the background of the tremendous danger prevented a new tragedy.