A new surprise for Russia: “cooperation in the name of war” starts in the coming days 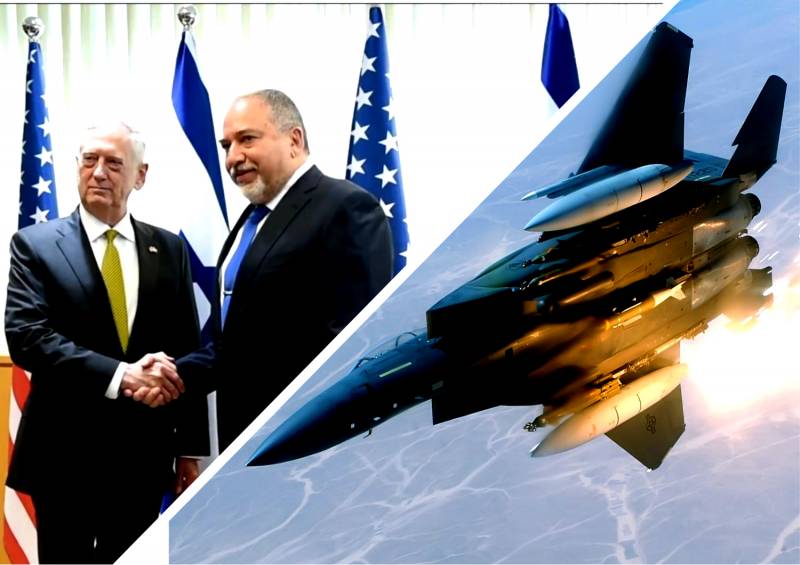 A whole series of critical geopolitical and operational-strategic events are unfolding right before our eyes in recent days. And practically each of them prepares the most conscientious part of our society for extremely harsh and alarming scenarios for the development of the situation, both directly at our western and southern borders, and in the Middle East zone of strategic interests of the Russian Federation. The explosiveness of the observed tendency of "dumping" towards these scenarios can be traced far not only in the accelerated preparation of highways and railway junctions in the Eastern European theater of operations for the transfer of heavy armored vehicles and tank bridgelayers, as well as in the already familiar build-up of NATO military contingents in Romania, Poland and the Baltic countries (on the border with the Western Military District).

Confident steps towards the escalation of several regional conflicts of the North Atlantic alliance with Russia are also being made by Western states through the cunning use of long-standing authorized gaps and circumventing loopholes in the legal framework of the United Nations, which will actually finally reformat the once universal forum for maintaining collective world stability and security in a certain criminal geo-strategic headquarters with a pro-American focus, where any burning issues would FLS resolved exclusively in favor of Washington and its allies.

It is in the above picture that the unexpected plan of high-ranking representatives of the countries of the Western coalition ideally fits from the “dusty shelf” resolution of the 5 session of the UN General Assembly from 3 November 1950, “Unity for Peace” (document number A / RES / 377 (V)) , what 24 of April was reported by the famous British and German newspapers The Guardian and Deutche Welle. In fact, this resolution offers Washington and its Western European allies the flexibility to override a veto by an extremely uncompromising member of the UN Security Council - the Russian Federation. This mechanism consists in voting 9 from 15 members of the UN Security Council for the transfer of various issues for wider consideration to the UN General Assembly. It is not difficult to guess that in this advisory body, without the possibility of the veto being imposed by the Russian side, the decision made by the western majority will become practically unshakable, i.e. approved in the understanding of the "Western hegemon" and its henchmen.

Even if we try to proceed from the assumption that the 3 of paragraph 27 of the article of the UN Charter (“Decisions on all matters, except procedural, are considered adopted only after approval by all members of the Security Council”) parries Washington’s favorable 377 resolution “Unity for peace ", In practice it was never confirmed. An example of this is the beginning of the Korean war 1950 - 1953, which was approved by the same simple “posting” of the issue, bypassing the USSR ban in the Security Council. And note: even then, after just 5 years after the formation of the UN, no one took into account that the resolutions of the General Assembly, in accordance with the UN Charter, are purely advisory in nature. It would be very naive to believe that after 68 years, when the UN turned into a fully politically engaged sharashka, someone would pay attention to the recommendatory type of General Assembly resolutions.

In this case, the “raising” of the 377 resolution by the member countries of the Western coalition provides for circumventing Russia's veto on all matters relating to further massive missile strikes and ground-based hybrid operations against the strategically important military infrastructure of the Syrian Arab Army in the south of the republic. After all, it is here, in the area of ​​the Dar-Ess-Suweida-Quneitra de-escalation sector and the 55-kilometer “security zone” around the fortified US / British Forces, At-Tanf, that the likelihood of the onset of the Free Syrian Army opposition forces (with the support of the Air Force and the US Navy and Israel) on the units of the Syrian government forces in the southern regions of Damascus. Several significant events of the past few days signal such a threat.

Firstly, it is a continuation of many hours of reconnaissance flights of Israeli aircraft AEW / electronic intelligence G550 CAEW «Nachshon Eitam», as well as strategic intelligence UAV RQ-4B «Global Hawk» at a distance 80 - 100 km from Damascus, and the 60 km from Dar and the so-called "de-escalation zone". The frequency of flights in the last 3-4 of the day (judging by the data of "@MIL_Radar") is comparable to that observed on April 12, one day before the impact of the coalition forces. Continuing flights and the American strategic aircraft DER / RTR RC-135W, despite the rarer appearance. The only thing that is obvious here is that the US Air Force and Hel Haavir are trying to determine the exact location of the C-300 long-range air defense systems delivered to the Syrian Arab Republic, or the time of their delivery (based on data from Russian military diplomatic sources) using all possible and impossible methods.

The urgent visit of Israeli Defense Minister Avigdor Lieberman to Washington on April 24 to consult with US Secretary of Defense James Mattis and US National Security Advisor John Bolton on further actions against Syrian and Iranian government forces is a direct result of the delivery of the Three Hundreds of Damascus. Lieberman’s visit also clearly coincides with urgent the newscoming simultaneously from the USA and Iran, where the scenario of Washington and Tehran getting out of the “nuclear deal” becomes more and more realistic. It is not difficult to understand that such a “nullification” of the “nuclear deal” is an extremely beneficial result of Trump’s hysteria to both the American and Israeli sides, since an already increased degree of military tension in the Asia-Pacific region could provoke a large-scale conflict involving the USA, Israel, and Saudi Arabia, Qatar (and other countries of the "Arabian coalition") on the one hand, as well as Russia, Syria and Iran on the other. In this conflict, Tel Aviv, engaging Hel Haavir in conjunction with the US Air Force and fleet, as well as the Saudi Arabian Air Force, equipped with modern 4th-generation and transitional fighters Tornado IDS, F-15SA, EF-2000 in the amount of 200 units, hopes to receive a list of strategic dividends such as:

- causing maximum damage to the military-industrial and energy complexes of the Islamic Republic of Iran (including facilities for the development and production of operational-tactical ballistic missiles, MRBD, anti-ship missiles, etc., radar equipment and EW systems, as well as enrichment of uranium);
- a successful offensive operation by an “al-Nusra” terrorists, FSA militants and other opposition detachments from the de-escalation zone near Darya and At-Tanfa in the direction of Damascus and the Euphrates channel (the success of such an operation, which can be carried out with the support of the United States International Maritime Agency and the British SAS and Saudi Arabian Ground Forces, is to oust the CAA from the outskirts of Damascus, as well as blocking the Palmyra-Qayme highway, which is the main artery for military-technical support from Iran);
- a general weakening of the potential of the Syrian army due to the exhausting actions of rebels in the south-western governorates of the SAR.

Undoubtedly, such large-scale actions of Washington, Tel Aviv and Riyadh will cause quite an adequate response from the missile units of the Iranian and Syrian armed forces: this is the reason for the major joint exercises of the IDF and US forces on territorial missile defense, held in early March 2018. . Remarkably, while Trump continues to call the “Iranian deal” “insanity,” setting the “critical point” for 12 May, when the agreement needs to be finalized and corrected, the Saudi Arabian, UAE or Qatar armed forces are preparing to enter the south of Syria their confrontation with the Shiite Syrian militia and may lead to a major regional conflict and even with religious background. The participation of the American and Israeli armies in this conflict will be of extremely precise and selective nature.

For example, this could be the next joint massive missile strike on the enhanced Syrian air defense system in order to eliminate its advanced components based on Bukov and C-300, which, in accordance with their tactics, would open up gaps for further direct air support to the advancing Arabian units. The latter tasks can be placed on the shoulders of the Royal Air Force of Saudi Arabia, as well as deck multipurpose F / A-18E / F US Navy, it’s not by chance that at the moment the command of the American fleet holds in the Mediterranean not the standard, but the enhanced carrier-based strike force at the head with the CVN-75 USS "Harry Truman" aircraft carrier, missile cruiser weapons CG-60 USS "Normandy", as well as 6 destroyers of URO-class "Arleigh Burke". The total ammunition "Tomahawks" in their launchers Mk 41 can reach 300 units, plus the missile armament of deck fighters.

The Americans themselves are planning to shoulder the most “dirty” work associated with attempts to ground the positions of the CAA, the armies of the Arabian coalition, whose positions are not the best against the background of the conflict in Yemen with the Ansar Allah movement. And reformatting the UN General Assembly site under the disobedient one-sided trial in such geostrategic circumstances is simply the perfect way for the United States. From this point on, any pre-planned provocation of "rebels" using imported chemical weapons, or a prepared White Helmets film can be a convenient excuse for unleashing regional confrontation, and even in a beautiful "legal candy wrapper".

Ctrl Enter
Noticed oshЫbku Highlight text and press. Ctrl + Enter
We are
Romania’s interest in the Patriot air defense system and HIMARS complexes is a dangerous double bottom gameVictory is achieved not only by bombing.
Military Reviewin Yandex News
Military Reviewin Google News
92 comments
Information
Dear reader, to leave comments on the publication, you must sign in.