How nice that I live in Russia! 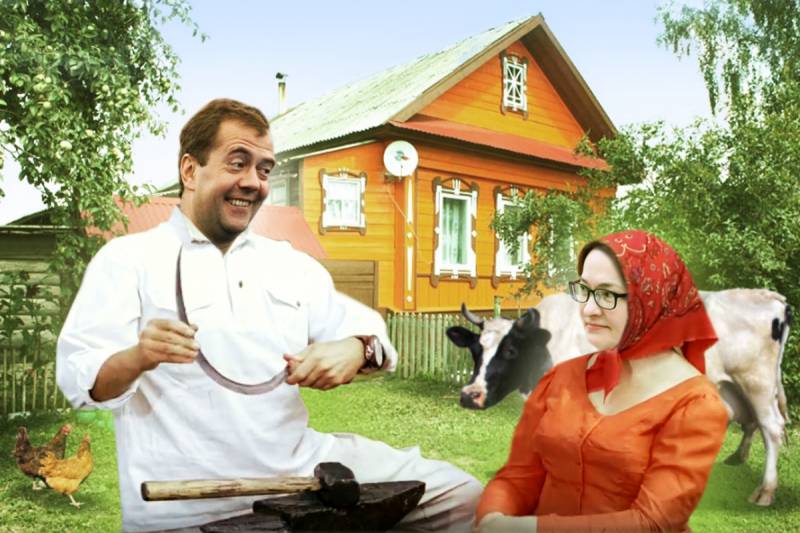 Since then, when the monkey, having become a man, climbed down from a palm tree and went to drink beer in the grill-bar, not much time passed. A thousand years ago, the Vikings served in Byzantium, and those who were not recruited due to their low moral and volitional qualities established the Rurik dynasty in Russia. Two thousand years ago, the Jews looked out for a tree for the cross, on which the Romans would crucify our Lord. Three thousand years ago in Asia Minor, Agamemnon, Menelaus, Ulysses, Diomedes, and other epic heroes climbed the walls of Troy, and Hector and Paris fought back than Zeus sent. Another thousand years deep into stories - the first copper smelting. A little more in the darkness of the centuries - stone axes and stick-digging. Hunters-gatherers and sedentary farmers who sowed the land with cereals revived the ancient landscape. Agronomy was conducted on a whim, and peasants who hoped at the mercy of nature often starved. And so that this happened less often, they were eager to master agricultural technology and study, study, study.

Hunter-gatherers loved to hunt master cows, sheep, and pick apples in peasant gardens. The peasants did not like it, and the hunters "ogrebali" at the first opportunity. In the end, hunter-gatherers were driven by peasants beyond Mozhai to Kudykina Mountain: into deserts, into mountains, into the polar regions ... and there the hunters ran wild to the state of the aborigines of Australia.

Any learned anthropologist will tell you that the farmers have defeated the hunters mainly due to demography. In the village, the birth rate is higher, there is more return on labor invested, the mobilization ability is huge. In the village it is easier to produce food, it is easier to save the acquired. In the morning with the roosters opened my eyes - already at work. The cow mumbles, the goat in the neighboring garden impudently eats cabbage, the geese cackle, the little moan groans - life is everywhere. Everything requires attention - even a carrot, even cereals. He put the children in the garden (all six heads, a little smaller) and let them thin the strawberries. The old grandmother will watch or the wife will return from the cow - she will give me milk. Uncles, svatya, godfathers, district - all children are happy. Their own relatives. Community.

The hunter-gatherer after the elk sneaks alone, the wife goes a little way away - collects delicious tops and roots. One child is behind his back, the other is holding his skirt, and he is also dragging a knot with junk. The third child fell behind a bit - here his wolves and devoured. Or other hunter gatherers did not disdain. Every man for himself.

You have attended a short anthropology course for younger students. 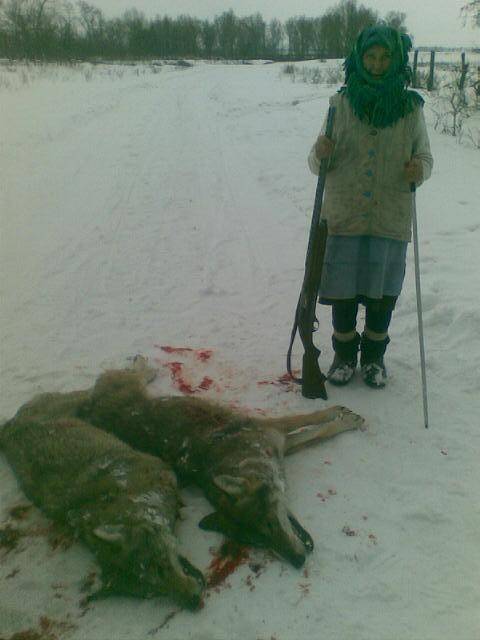 When the grubs formed too much, it took a place to exchange the turnips for skin and tissue. There were money, trading, trading, trading and the city with the Kremlin. In the cities lived people incapable of peasantry: artisans, princely servants and the army. The ordinary people ate in the city more poorly than in the village. City revenues were either small or irregular. To multiply and multiply for procreation in the city is inconvenient. Cramped, dark, hungry, you need to look appropriate. But in the princely service ... scribe! Boyarin see monks walk by. In the monastery they call thinly, eat fatly, and the monks have no children.

With the intensification of agriculture, the number of workers in the village decreased. The mechanical mower will mow you well, the tractor will plow for 20 horses and 50 oratais. Ruined peasants absorbed the city. Urbanization, industrial revolution, etc. led to the fact that at the beginning of 2010, the urban population of Russia numbered 103,8 a million people, or 73,1% of the total number of Russians. As we remember from the above, people breed badly in the city, the city develops only at the expense of the peasants who join it, and when the free peasants end, non-mundane working boys from neighboring countries appear. There was practically no time in history when the city would reproduce itself in the population. Isolated cases in separate decades were. But in general - a net loss of the people. Demographic poultices in the form of maternal capital and free baby food in the dairy kitchen help poorly. We die out slowly, like hunter-gatherers. 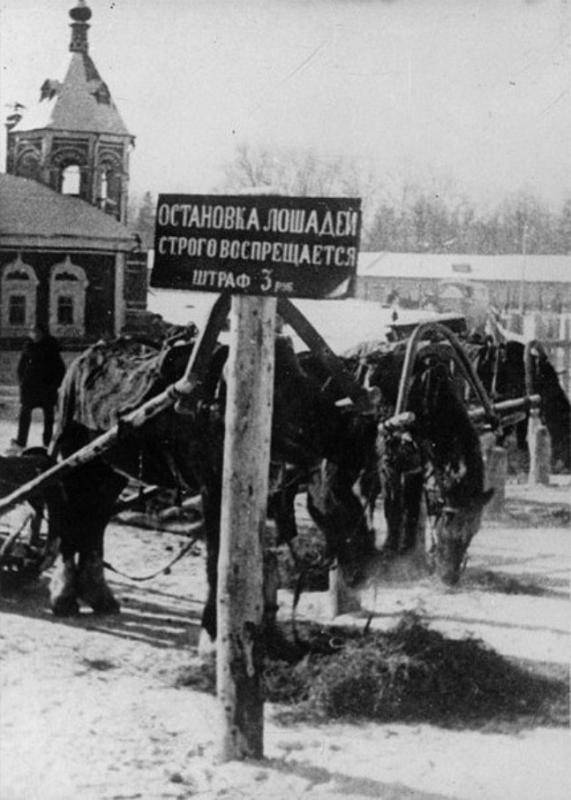 Two world wars in half a century, Russia endured only due to the high mobilization ability of the population. The guard and regular troops of peacetime equipment were knocked out in the first months of the battles. No one in the whole world could have imagined that a meat grinder could spin at such a speed.

The cannon fodder of the first world was the "open" Russian peasants. There were almost no foreigners in the war. But since the rural population was prevalent (before the Great Patriotic War, there were only two millionaire cities on the territory of Russia), the people managed during the years of peace to make their own kind. The Great Patriotic War was met in full composition. They also asked and forced all the citizens of the USSR to fight: Kazakhs, Uzbeks, Kabardians, Gypsies, Jews. Blow off! All multinational people defeated Hitler Germany and its satellites.

During the years of Khrushchev's transformation with his idea of ​​an agro-city, during the development of virgin lands, during the years of consolidation of farms and the elimination of "unpromising" villages, for all the further darkness and horror of perestroika and Yeltsin liberalism, Russia reached the point where the average population density in Russia was approximately 2 people / sq. km (In the North Caucasus and the Krasnodar Territory, population density is much higher.) Almost half (48%) of all rural settlements in the country are the smallest, with 3% of the rural population living in them.

The village dweller is en masse to the lumpen state and is forced to become a “agro-town” worker, a worker without his means of production! Huge automated farms and greenhouses require a minimum of people. There are profitable poultry farms, where literally dozens of people manage hundreds of thousands of heads. Profitable pig-breeding - put a pig in a stall, manure is removed by a conveyor belt, food is provided by a computer. Clean, warm, music plays. Outside of all this magnificence: off-road, river spills, diesel fuel is more expensive than gasoline. And the apotheosis is a policeman with a striped wand. Optimization of hospitals and schools, which means their complete closure. And so on, so on, so on ... I can't tell you.

It’s just not clear where we will draw human resources in the event of a protracted war if we have a solid “accessible environment for the disabled”, hypertension, glasses and obesity as an average diagnosis! .. Maybe that's why the “uninhabited” are designed tank towers, for the asses of the draftees begin with XXL.

For the authorities, the Russian village, which has not found itself as an “agro-town” and has no sustainable sales of products, is a real punishment, a headache.

But the word is pronounced - punishment. In tsarist Russia, exile and expulsion to the eternal settlement were the norm. The most famous case: Alexander Menshikov, a favorite of Peter I, for state intrigues by order of the sovereign Peter II was sent into exile in the city of Berezov (currently urban-type settlement Berezovo as part of the Khanty-Mansiysk AO). And if Menshikov in Berezov was miserable and quickly died, then field marshal Christopher Antonovich Minnich, exiled by Queen Elizaveta Petrovna, to the village of Pelym, on the contrary, started a garden and bees, cut down the school with his own hands and taught children literacy, wrote military projects. Spent in exile 20 years! He returned to St. Petersburg at the age of 79 years and still worked for the glory of Russia.

The first harpsichord appeared in the Davydovs' house in Krasnoyarsk, a literary circle was formed. By that time, political exiles were forbidden to create schools, so the Davydovs in their home created a home class for their seven children born in Siberia. The class had no official status, and anyone could attend it. From local residents Davydov got the nickname "The Lord of Doom", "Box of Enlightenment." The Davydov Home School program later became the basis for the training program at the Krasnoyarsk Gymnasium.

Good deal could come out! If as with kings. I still see myself all the stealing governors and their deputies, all the officials who are now being sentenced to “two conditionally” by the court. Cancel conditional sentences and exile guilty state employees to the eternal settlement in a sparsely populated rural backwater without state content! With an electronic bracelet on the leg. Maybe they will have good babies there !! Maybe the bees will be bred !!! They will write out a helicopter and a telescope for themselves in Pelym and White Omut. The obstetric point will be rebuilt and they will come up with a workshop for making blackberry dumplings. Mail will be requested in the village. The Internet will be adjusted. Resolve the eternal Russian questions "Who is to blame?" And "What to do?"

And then the exiled peasant, the former mayor of Vasyuki, going out on unsteady feet on the porch, will look at the stars and shout to the little golden-eyed boy: “Vanya, look at the moon soon!” And in a whisper, under his breath: “Thank you, Lord, for this beauty . How nice that I live in Russia! "

Ctrl Enter
Noticed oshЫbku Highlight text and press. Ctrl + Enter
We are
What you didn't want to know about EnglandDo not chop off the roots of Russian culture
Military Reviewin Yandex News
Military Reviewin Google News
66 comments
Information
Dear reader, to leave comments on the publication, you must sign in.