NATO in the Donbas. In the DPR announced the NATO control of the shelling of Yasinovataya

April 25 2018
92
The official representative of the DPR command at today's briefing accused NATO of direct intervention in the conflict in the Donbas. The deputy commander of the operational command of the DPR, Colonel Edward Basurin, notes that the shelling of the village of Yasinovataya was carried out under the control of NATO military instructors. 120 and 82 mm gauges were used.


From the statement of Colonel Basurin:
According to our data, the leadership of this bombardment was conducted by NATO artillery servicemen who arrived the day before to conduct field tests and train Ukrainian security officials on the means of artillery reconnaissance AN / TPQ, produced and supplied by the USA to Ukraine. 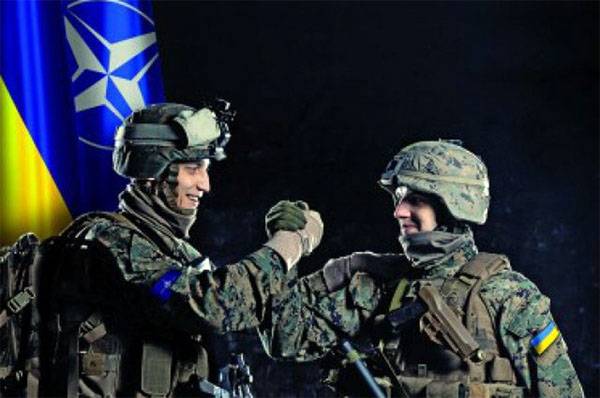 According to the Colonel of the DPR Army, intelligence reports that several such complexes are located on the roofs of high-rise residential buildings in Avdiivka.

Recall that previously published footage from Avdeevka, where Ukrainian Tanks took positions directly in the courtyards of high-rise buildings.
In Ukraine, these statements have not yet commented.

Ctrl Enter
Noticed oshЫbku Highlight text and press. Ctrl + Enter
We are
Weekly summary (9-15 of January) on the military and social situation in the DPR from the military officer "Mag"
Military Reviewin Yandex News
Military Reviewin Google News
92 comments
Information
Dear reader, to leave comments on the publication, you must sign in.