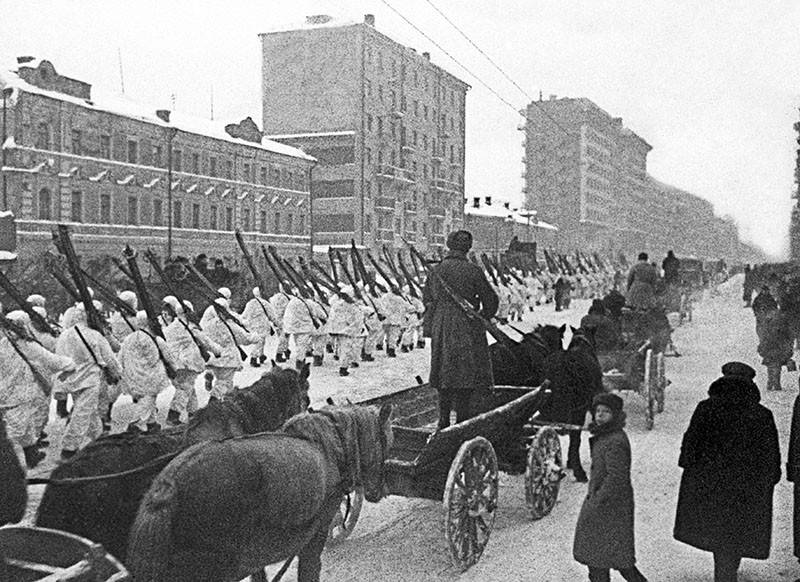 The hardest thing to write about what seems to be known to all, but at the same time is unknown to anyone. There are such topics. And they appeared, alas, in the "light of the decisions of the party and government" of the USSR after the war. Without any logic, in our opinion.

One of these topics is the Siberian divisions, brigades, separate regiments and battalions.

In almost every city that has been affected by the war, there are streets named after Siberian divisions. That is, with the mention in the title of the word "Siberian". The older generation, those who personally met with the participants of the major battles of the Great Patriotic War, remember very well how, for example, the defenders of Moscow responded to the question of who defended the capital from the Germans. Siberians and militia!

However, if you try to learn about the Siberian divisions in the Central Archive of the Ministry of Defense or in the memoirs of our military leaders, you will not find such information. The word "Siberian" is dimmed and replaced by a simple listing of numbers of parts or compounds.

Documents in the Central Archive are classified, and classified as indefinite! They say, on the personal instructions of Comrade Stalin. Even in the award department there is no information about the belonging of servicemen to the Siberian divisions. In short, we failed to find official confirmation of the fighting reputation of the Siberian warriors. Most likely, there are no such documents.

Meanwhile, immediately after the declaration of war, dozens and hundreds of thousands of volunteers came to the military registration and enlistment offices of Siberian cities. Workers, peasants, hunters, residents of distant taiga haunts came ... Hundreds of thousands of applications. As citizens, as men, Siberians showed themselves no worse than other regions. 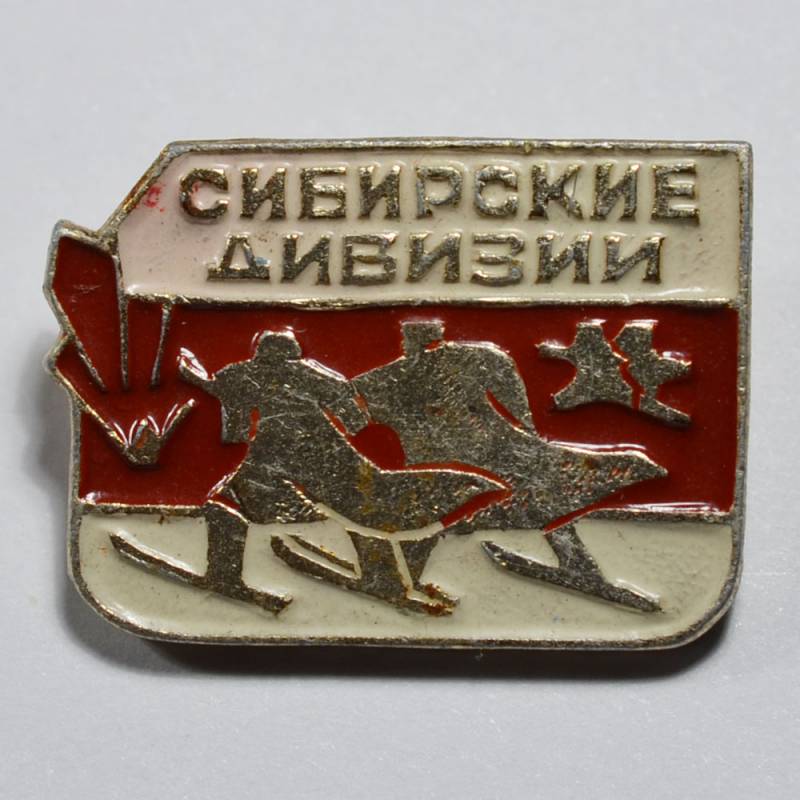 Meanwhile, what to do was? The European part in 1941 year quickly became occupied territory. And if there was a calculation, then yes, to the inhabitants of the Urals and Siberia. This is logic comparable to the logic of the 152-mm projectile.

Many readers know about this operation. Many read about it in the memoirs of Marshal Zhukov. But only a few have read the first edition of this memoir. Single-volume, with a red-white dust jacket. Knowledge of the majority is limited by the official rate. stories and the Internet historical surrogate.

Remember that in your memory pops up at the mention of this operation? The first offensive of the Red Army in the war. Place of birth of the Soviet Guard. The first use of jet mortars "Katyusha". Well thought-out operation of the future Marshal of Victory ...

But, if you look closely at the reports of the Sovinforbyuro of that time, it turns out an interesting detail. Victory reports and summaries of parts and connections ended in 3 of the day! And the operation itself suddenly turned into just an episode of the Smolensk battle. So it is interpreted even today.

Everyone knows that the operation was carried out by two armies. 24 th and 43 th. But during the offensive 43-I army has not achieved significant success. She was forced to take up defense. But 24-I really fought successfully. But the fate of this army is tragic.

The army caused significant losses to the Germans. I threw them from Moscow for tens of kilometers to the west. However, as often happened at the beginning of the war, the command could not provide the army with reserves. In fact, the 24 Army operated autonomously. What the German scouts reported almost immediately.

Then the Germans acted according to the algorithm that had developed during the first months of the war. Tank strikes, dissection of the army into parts and the environment in the boilers. In this situation, after losing coordination, the soldiers of the Red Army had previously surrendered to subunits and units. It remained only to disarm and send to the camp. 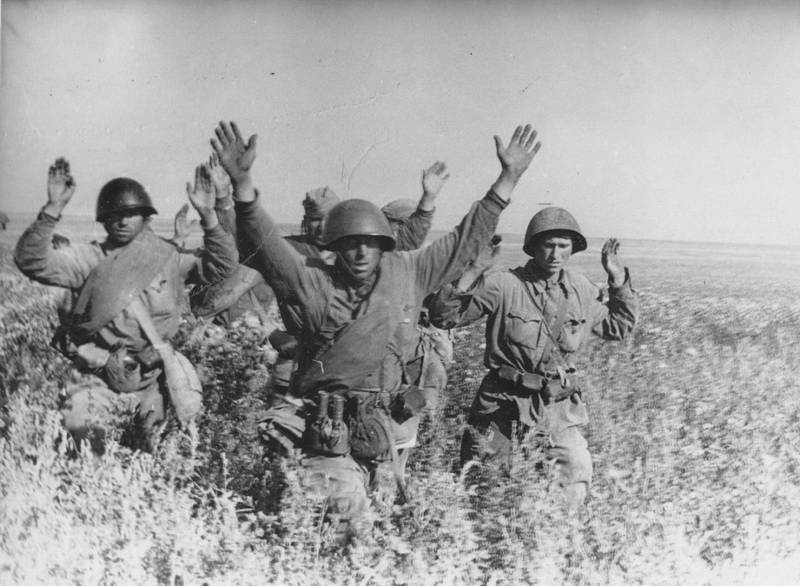 And here the Siberians are first mentioned in the report of one of the regimental commanders. "These are not Red Army men, they are Siberians." The Germans had no experience of contact battles with Siberian units. And they acted exactly as before. The ranks of the soldiers advanced to the positions of the Russians, firing and pouring machine gun fire from the flanks.

However, as soon as the ranks approached the Russian positions, a well-organized, and most importantly, accurate fire from rifles and carbines followed. Even where the fascists reached positions, terrible melee fights began. Not only bayonets, but also sapper shovels, small weaponknives ...

Having lost more than 20 people during these attacks, the Germans refused to use infantry and destroyed the Siberians aviation, artillery and mortars. Infantry and tanks were used for reinforced blockade.

But even in these conditions, a small number of Soviet soldiers managed to break out of the boiler.

But back to the battle for Moscow. Was the number of Siberians there really sufficient to speak about their contribution to the victory near Moscow? So the numbers. In 1941, Moscow was defended by 17 Siberian divisions, 2 rifle brigades, separate regiments and battalions of skiers. Yes, it was these separate ski battalions that you could see on the 1941 parade of the year in Moscow, and the Germans in their rear areas before the next nightmare. 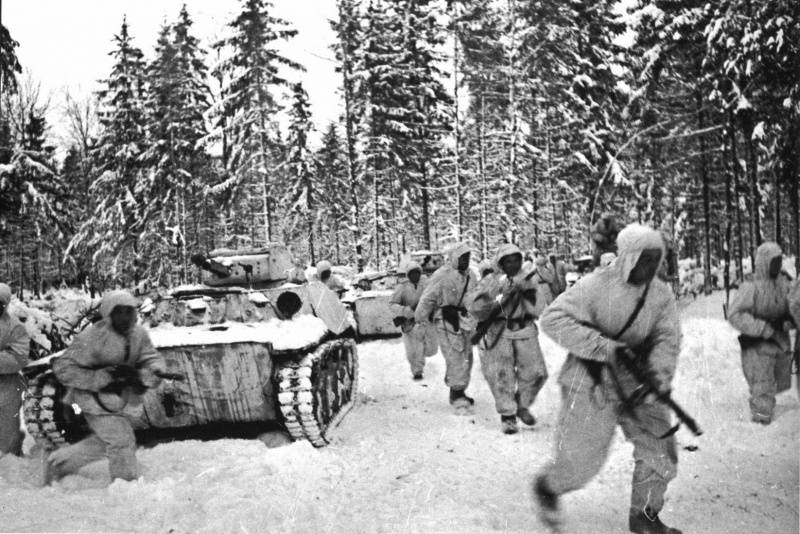 I will not describe the fighting episodes from the life of all these formations and units. We are talking about the features of the combat reputation of Siberians. It is enough to tell about one connection, which is known to most Russians. At least in the famous movie "One Day of the Division Commander."

Almost everyone who has ever traveled along the Volokolamsk Highway at least once in their lives, saw a memorial complex with an eternal flame and a monument to the defenders of Moscow on the 41 kilometer. The eternal flame is now in exactly the place the Germans reached in 1941. It is in the place where the offensive of our troops began. 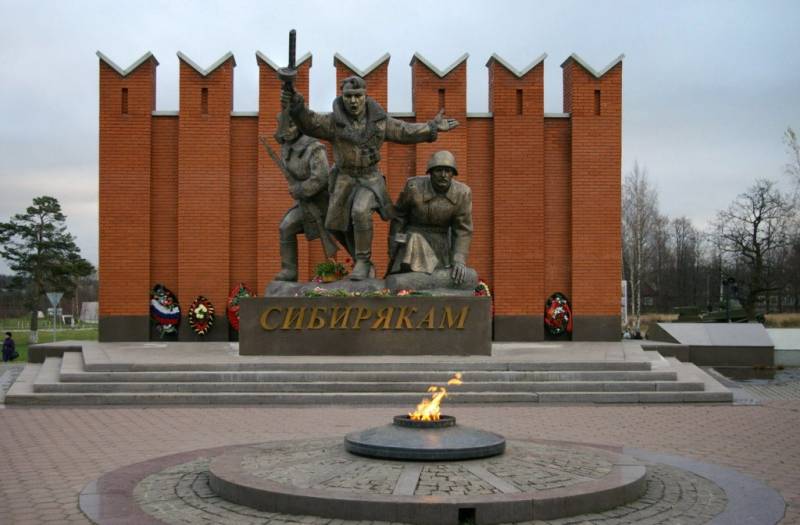 There is also a mass grave of Soviet soldiers who died at this turn. And the detached tomb of their commander - twice the hero of the Soviet Union, army general Afanasy Pavlantevich Beloborodov. The commander bequeathed to bury himself next to his 41 soldiers of the year. 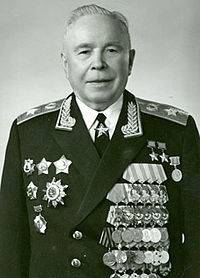 The 78 Rifle Division Colonel Beloborodova arrived at the 36 echelons near Moscow in October 1941. And immediately it was directed to the most dangerous direction - Istra. 14,5 thousand Siberians against reinforced (22 thousand) SS division "Reich". It was this division, famous in France and Poland, that was supposed to take Moscow.

Talking about the counteroffensive under Yelnya, I mentioned the arming of German and Soviet units. The superiority of the Germans was overwhelming. That is why, despite the heroism and dedication of the soldiers of the Red Army, the Red Army retreated. Everyone retreated, including Siberians.

However, the harsh life has taught Siberians to search for extraordinary solutions. German officers and generals knew our military regulations quite well. Therefore, they could predict the actions of our commanders in various situations. Beloborodov acted differently. He acted using the strengths of his own soldiers.

I'll tell you two episodes from the combat biography of the 78 division.

Roadside villages are usually located on both sides of the highway. So it was located and the village Medvedevo. It was there that another war began for the Germans. If there was a counteroffensive under Yelnya, then in Medvedevo the Germans simply began to beat. Cruel, evil, sparing neither the enemy nor himself. To beat so that the memory of such battles was preserved by German soldiers until the end of life. Who managed to survive there. There were such, I must say.

To begin with, I will quote Yevgeniy Zakharovich Vorobiev, a war correspondent who was next to Boloborodov these days:

"On the outskirts, on the outskirts, stood the division commander 78, then Colonel Beloborodov, and spoke. A word-record was made on the same day:
- Understand, little brothers, well, there is no place for us to retreat. There is no such land where we could retreat, so that we, the Siberians, would not be ashamed to look into the eyes of people ... "

The fact is that during the day, using the fire superiority, the Germans occupied half of the village. The one that was behind the highway. In the morning, preparing the attack on the other half. And the outcome of this attack was predictable. And the division commander decided to carry out a bayonet attack at night!

Only in this case, the Germans could not use machine guns, mortars and tanks. Chances were equalized.

At night, silently, without shouting “Hurray!”, Without noise, the Siberians crossed the highway and split the Germans with bayonets. By morning, the German battalion did not exist. The village was liberated.

Another episode, which is beautifully played in the film I called, also took place in life. But in a slightly different form. Here it is necessary to listen to the general Beloborodov.

“There is a factory in the city of Dedovsk. It was well equipped. And I was entrusted, as commander of the division, with the duty to blow up objects and railways so that the Germans would not be, so to speak, ready road.
And so the factory was prepared for the explosion. I reported to the engineer comrade Bulkin.
We arrived in Dedovsk to the factory. I looked. Soul does not lie. And a half or two kilometers - the village of Rozhdestvenki. There are already Germans. What to do? Blow up or what?
Volkov asks me: "What about the explosion?"
I say: "You know that, Nikolai, the NP division will be here. And if the division commander will be here ... I think we will defend Dedovsk. But if the Germans capture, we will explode along with the factory ..."
K, fortunately the factory was not blown up ... "

Moreover, the division launched an offensive in the new status. Here is an assessment of the actions of Siberians by the then commander, Lieutenant-General Rokossovsky:

"This sudden strike saved the day. The Beloborodov Division made a significant contribution to the decisive battles."

And one more quote. People's Commissariat of Defense:

"For special achievements in the defense of Moscow, rename the 78 th rifle division into the 9 th guards. Assign it to Beloborodov commander Afanasy Pavlantevich the rank of major general."

I do not know if I managed to explain the essence of the Siberian character. The essence of the concept of "military reputation of Siberians". Moreover, I do not in the least detract from the heroism of other formations and units. It is enough to recall the feat of the militia, which we wrote about earlier. 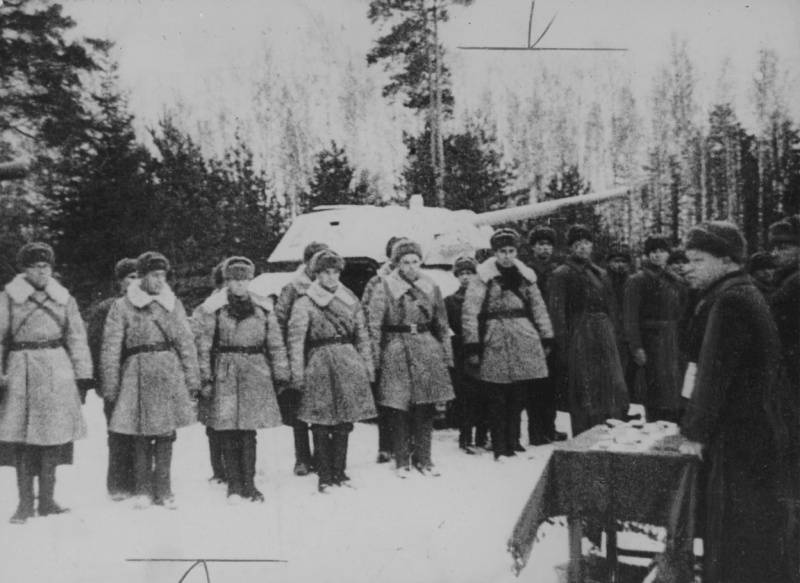 But you must admit, Siberians really fought a little bit wrong. A little bit different. A bit meaner and reckless. Siberians did not like and do not like to run from danger.

And it’s not for nothing that the Germans in the official documents of the times of the war necessarily gave the definition of "Siberian", speaking of combat capabilities of the unit. The resistance of the Siberians the Germans experienced in other battles. But about this - in the next part.