Once they built aircraft carriers. Nikolaev shipbuilding put up for auction 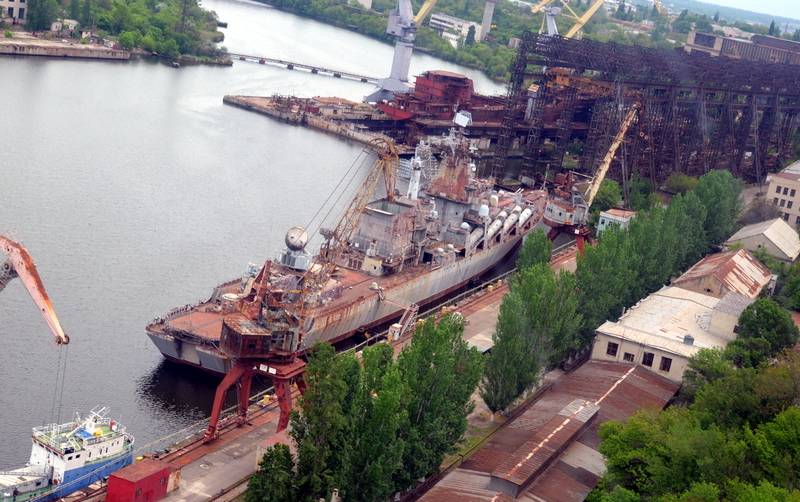 It is noted that the owner of the property is the state represented by the concern "Ukroboronprom". The reason for the sale was the company's debt to pay wages to its employees in the amount of 30,2 million hryvnia.

An administrative household building with an area of ​​15026,6 square meters, an extension of the embankment with bank protection, railways, roads and other facilities are on sale.

In October last year, Ukroboronprom reported that the plant in Nikolaev stopped, its accounts were arrested, and wage arrears exceeded 58 million hryvnias. In December, Prime Minister of Ukraine Volodymyr Groysman demanded the resignation of the general director of Ukroboronprom, Roman Romanov. In response, Romanov explained that the reason for the wage arrears at the plant was "the lack of orders and the expenditure of resources on the maintenance of the unfinished cruiser" Ukraine ", whose project was frozen due to lack of funding.

Ctrl Enter
Noticed oshЫbku Highlight text and press. Ctrl + Enter
We are
Report on the results of the survey-2013 "Evaluation of state political figures"
Military Reviewin Yandex News
Military Reviewin Google News
50 comments
Information
Dear reader, to leave comments on the publication, you must sign in.