The US Congress approved the new director of the NSA.

April 25 2018
15
US senators approved Lieutenant-General Paul Nakasone to the post of director of the National Security Agency (NSA) and head of the US Cyber ​​Command, reports TASS. 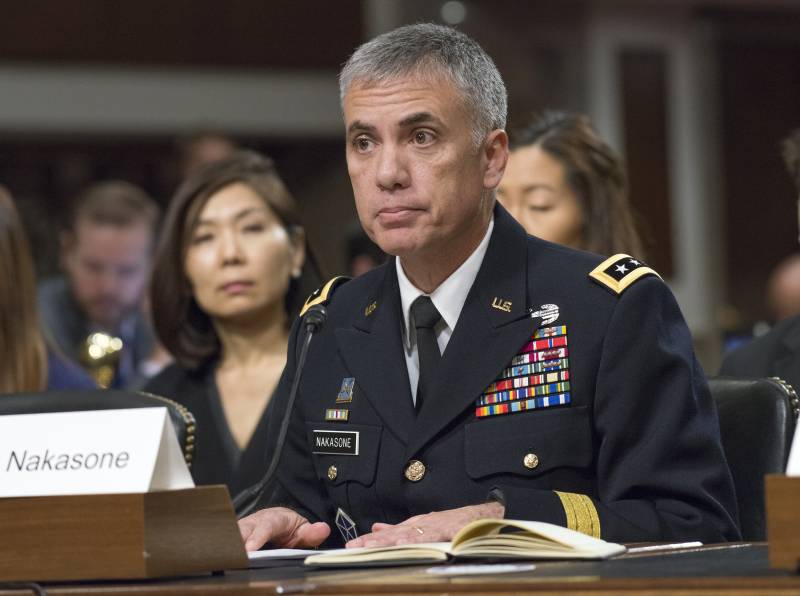 According to media reports, before the appointment, "Nakasone was the deputy head of the Cyber ​​Command of the Armed Forces, served in the Office of Strategic Planning and Policy of the Committee of Chiefs of Staff, has experience in combat operations in the Republic of Korea, Iraq and Afghanistan."

In addition, the general previously participated in the development of programs designed to destroy the computer networks and mobile devices of terrorists.

It is reported that already this year, Nakasone "is to complete the process of transforming Cyber ​​Command into a separate structure of the US Armed Forces, the same as the Central or European Command."

Before his appointment, both of these posts were held by Admiral Michael Rogers, who resigned after three years of service.

Ctrl Enter
Noticed oshЫbku Highlight text and press. Ctrl + Enter
We are
US expert community is trying to identify ways out of the Afghan impasse
Military Reviewin Yandex News
Military Reviewin Google News
15 comments
Information
Dear reader, to leave comments on the publication, you must sign in.