April 27 2018
9
In the first part, we examined the territory adjacent to the entrances to the KP and the remnants of the PDO system. We came to the very entrance to the bunker. I have to point out that the security of the premises is zero, there are not even any information plates, so we did not encounter any obstacles, which pleased me with the absence of intersection with legal norms. In fact, apart from a small advertisement on a rusty pillar in front of the entrances to the bunker, which says "memorial zone", and two numbers on the concrete formwork ("1941-1945"), nothing to indicate the nature of the object is not mentioned. KP, once one of the main arteries of decision-making, is now completely abandoned and forgotten.


The weather was extremely sunny, even hot, so the bunker was breathing in the face, as they say, with a grave cold. A rusted wire, probably electrical, slid across the ceiling vault. 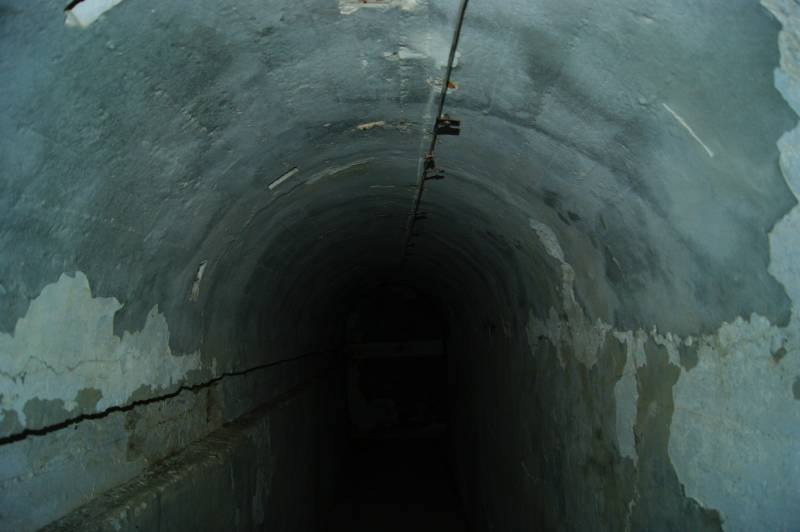 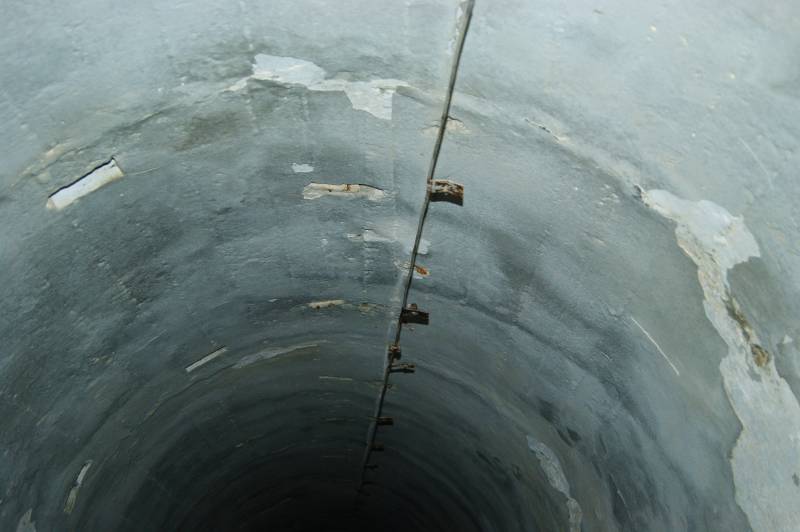 The flashlight beam, despite the brightness, did little to help the camera, therefore, the quality of some of the shots can cause complaints. It is difficult to focus, to maintain the point of shooting and so on, especially in the impenetrable darkness and with different debris under their feet. 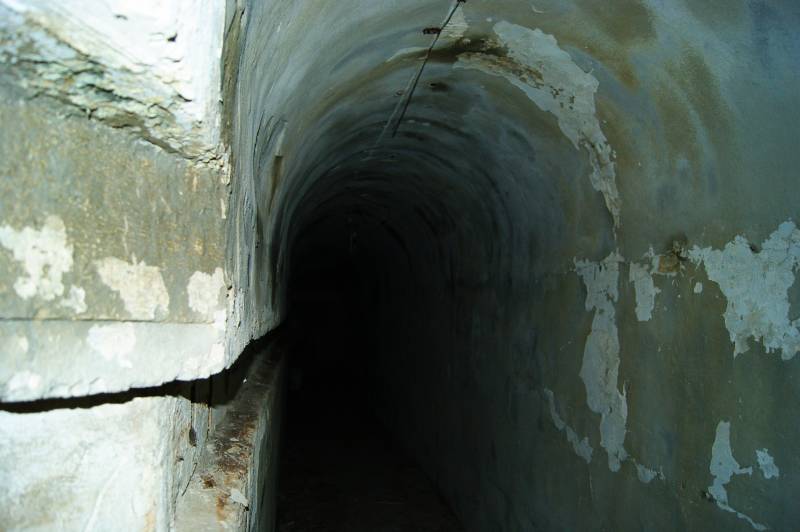 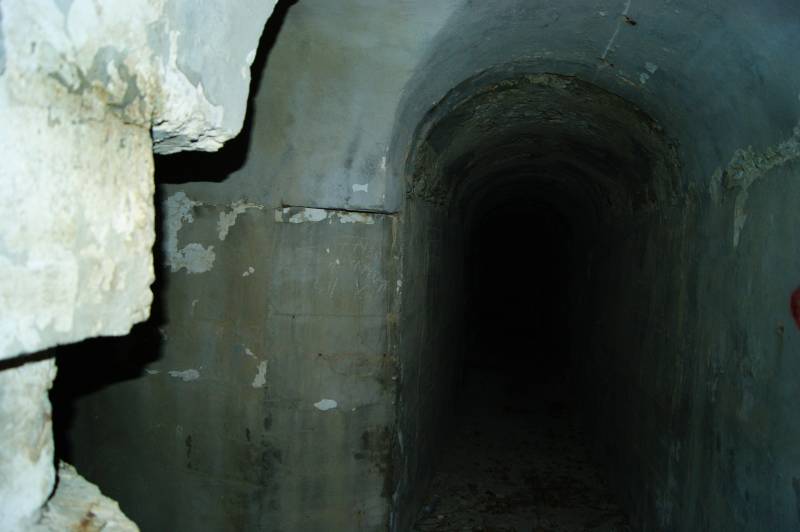 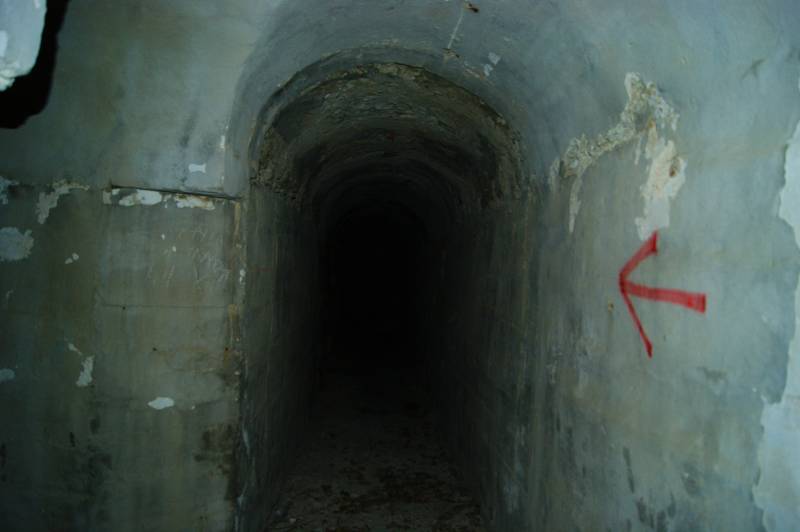 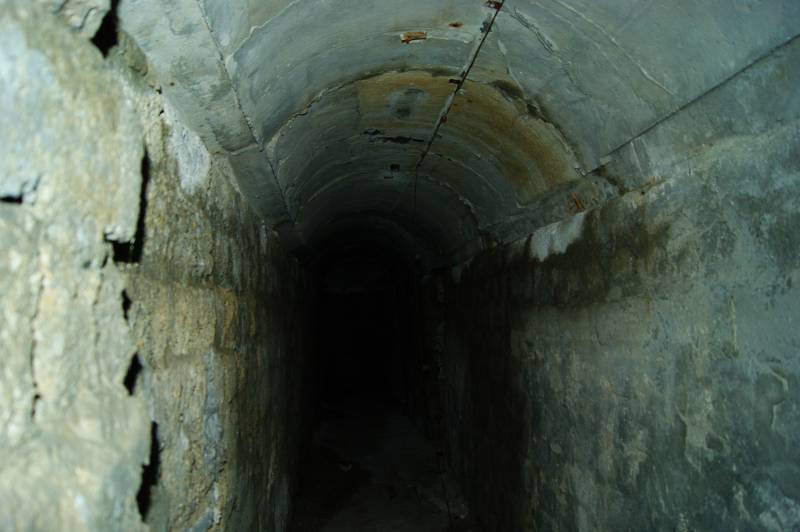 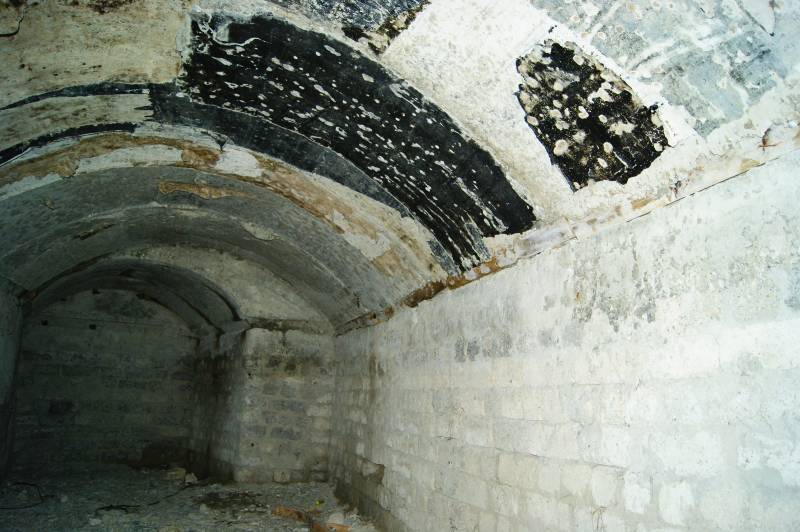 In some places the air was very dry and “clean”, and in some places, especially where the ceiling was darkened, there was an unpleasant dampness that beat in the nose with a worse stale basement stench. Apparently, time still undermined the mighty, but rather aged, body of the bunker, and in some places the water penetrated inside. This is not surprising, given the stormy streams of rainwater rolling down from the mountains after each rainstorm. However, the condition of the bunker is not the worst, as one would expect. 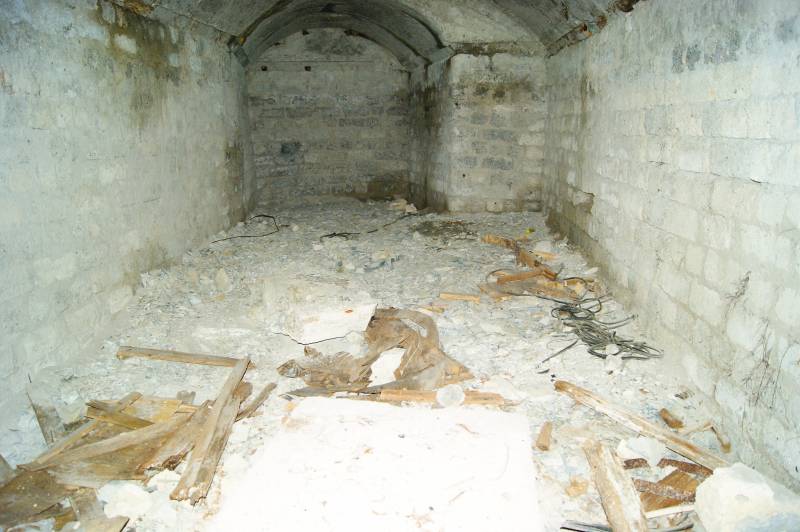 In some places, there were pieces of wood on the floor, perhaps the remains of a former exposition here. After all, the object, in fact, was part of the museum complex. 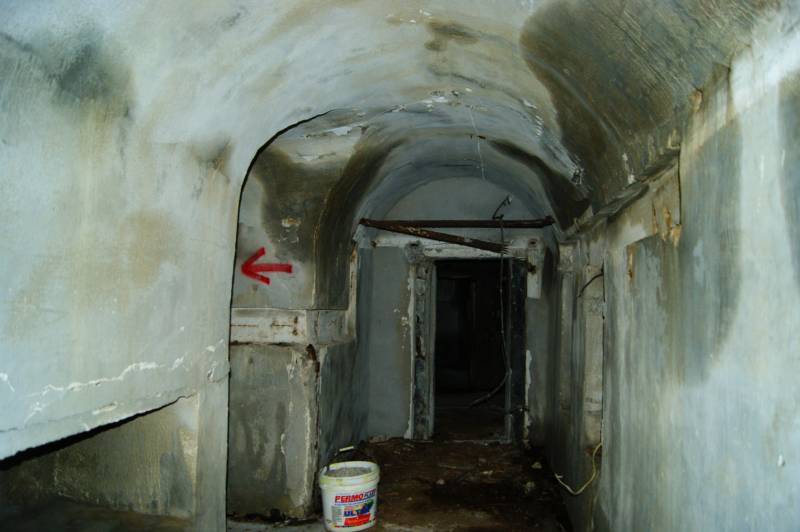 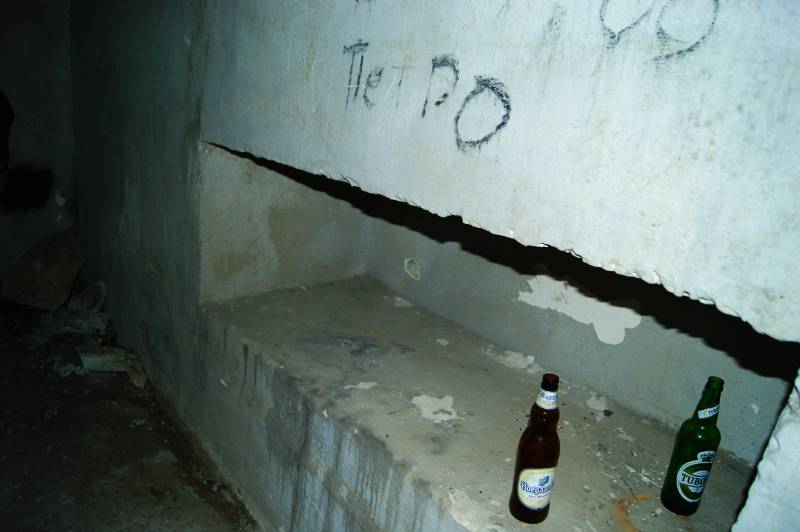 Numerous concrete niches, which were most likely used for equipment and ammunition, were now filled with two beer bottles from which they had taken. Sadly We grabbed this stuff with us when we headed for the exit. 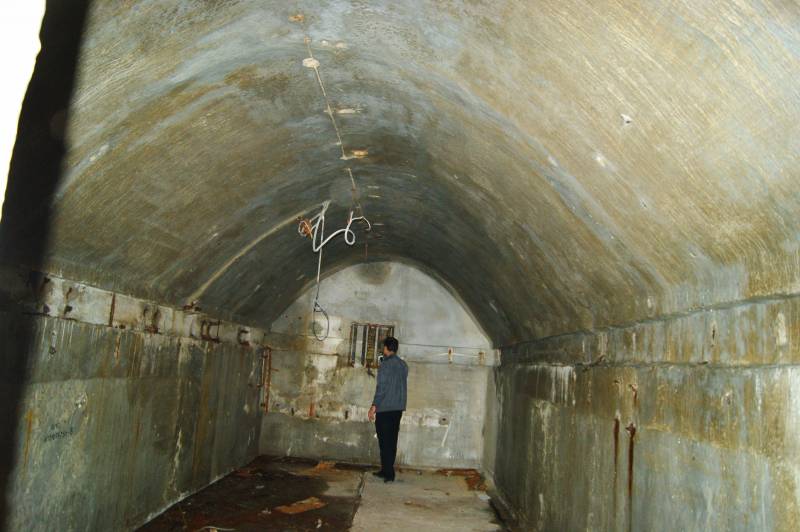 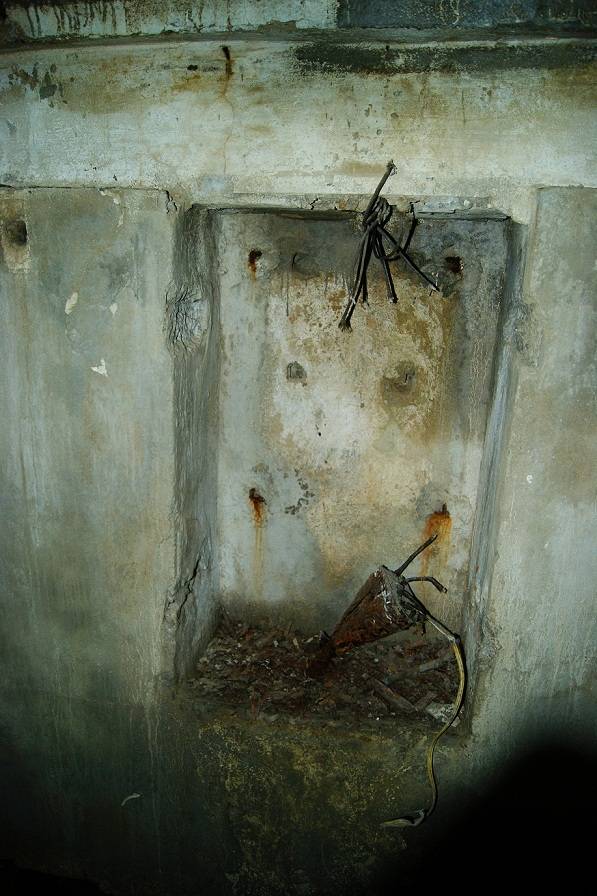 In one of the rooms were the remains of a distribution telephone cabinet, some pieces can be seen on the floor. Apparently this place was located communications center. 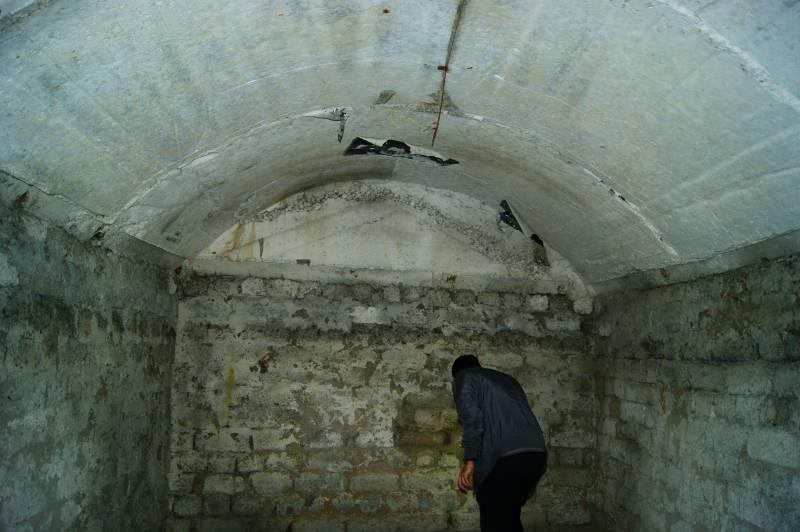 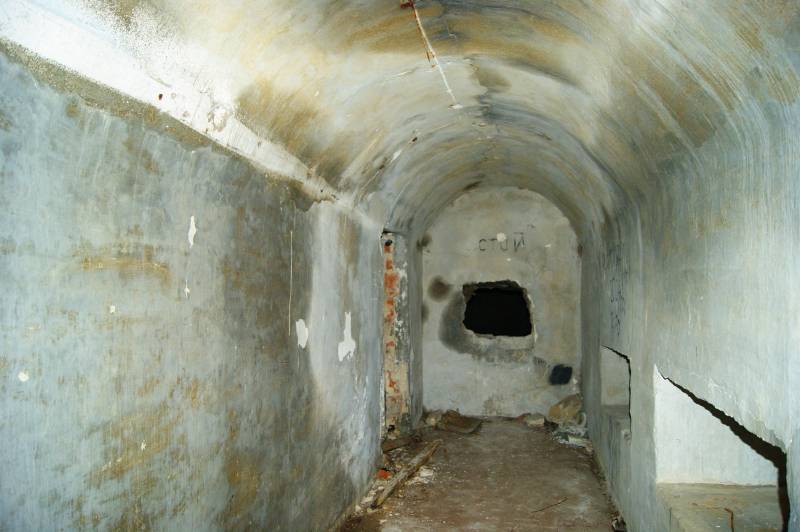 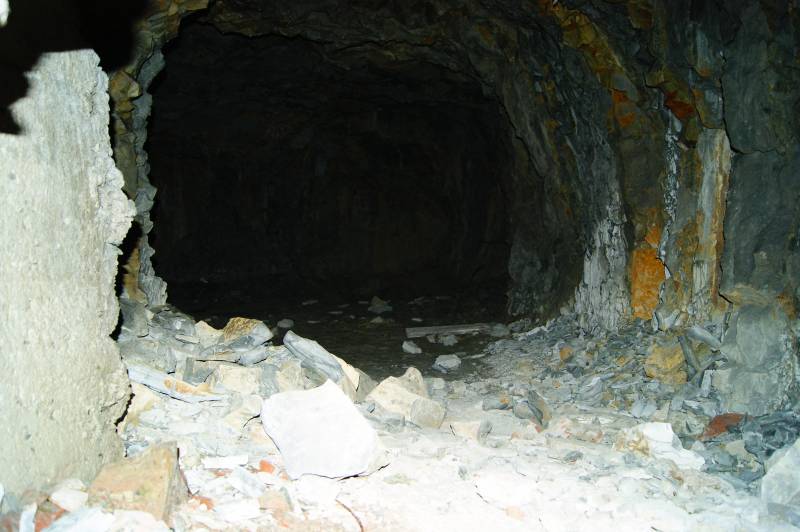 Some parts of the walls were strikingly different from others. It seemed to the author that certain passages of the bunker were concreted after the war. This conjecture was confirmed by a punched opening in one of the walls. Inside it, we found something like a cave or grotto. Perhaps this part was not used at all, and perhaps it was not trimmed, since the bunker was built during the war, which speaks of a certain rush. For example, in some places on the floor we came across pieces of rotted wood sticking out of the concrete groove - remnants of formwork. 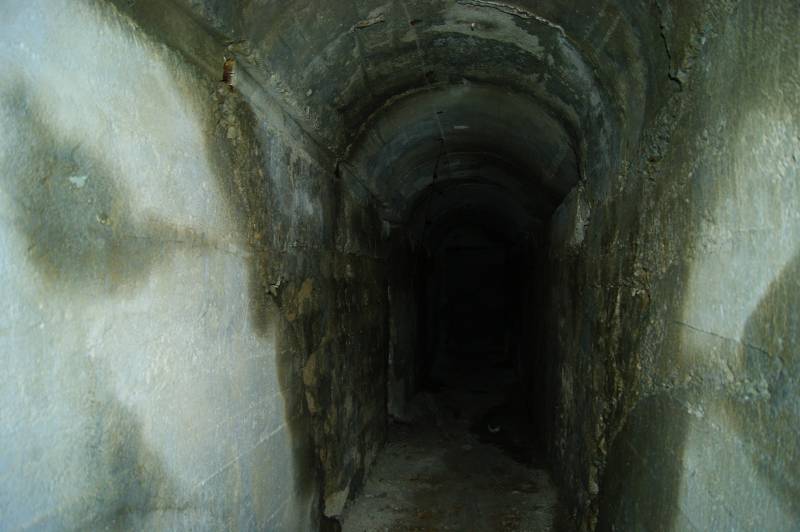 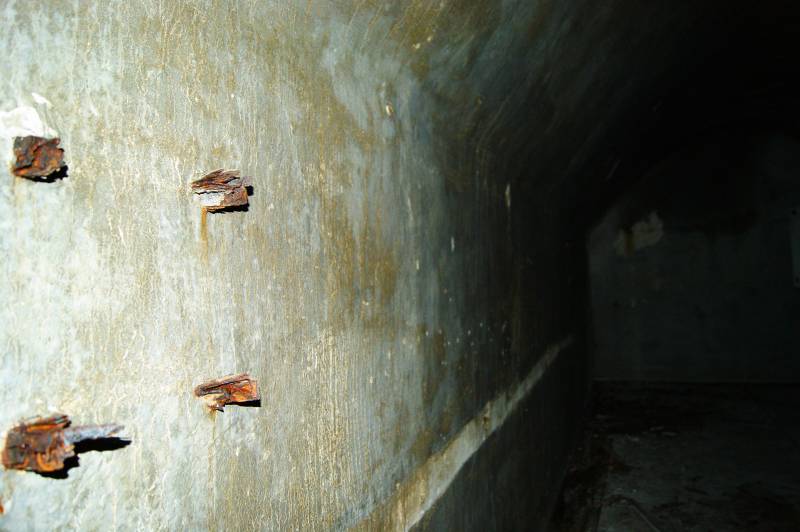 Rusty parts of the reinforcement, on which various equipment was attached, “grew out” of the walls everywhere. There were also remains, as it seemed to us, of power cables. 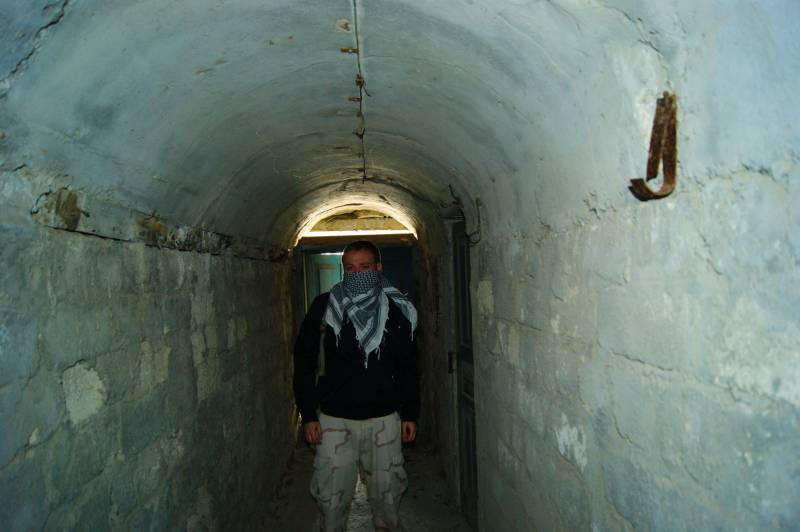 Finally, we left the bunker. I can not say that access to fresh air did not please me, despite all the passion for stories. However, we left this place all the same with sadness.

The fact is that the locals told us that the object is now “under the supervision of” the military. Where are these military? “On the other side of the gorge,” was the answer. There we found only villas and landscaped lawns. On the territory of one of them, two sailor men in their robes, 18-ti or 19-ti, were idle; they first shot cigarettes from us, and then asked not to take pictures. And behind our backs the galleries of the forgotten bunker continued to dilapidate.

Of course, I understand that KP is not lucky with the location (you can not drive a tour bus there), nor with the infrastructure (neither you have pizzerias, nor cafes, nor other eateries). But these are weak arguments, considering the full potential of the sign fortification object. This situation saddened me even more when it became known to me that the city authorities suddenly decided to urgently establish a “sundry” for the Novorossiysk sundial (!). The cost of the new "attractions" according to local media will be 10,5 million rubles. Something like this…