April 25 2018
28
Employees of the Russian Consulate General in Seattle (Washington State) left the residence of the head of the territorial representation, reports RIA News. 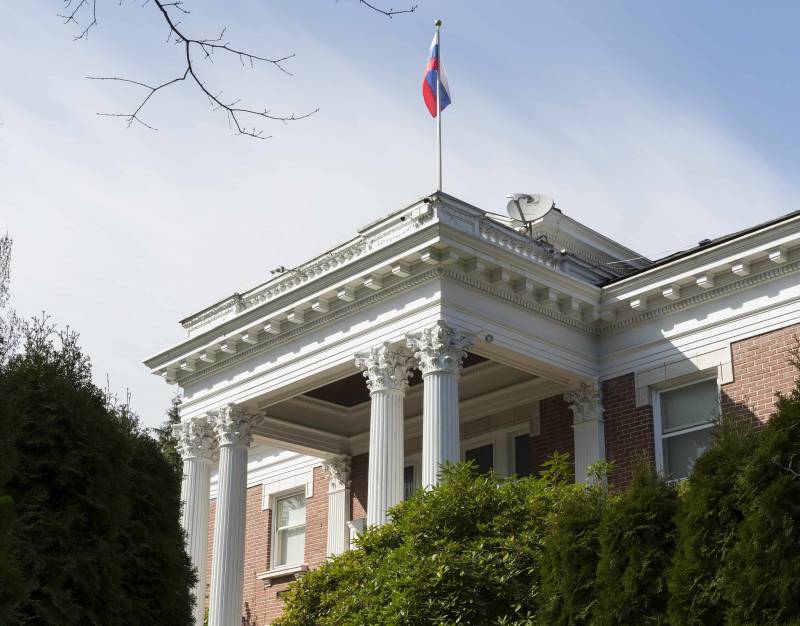 The institution itself stopped working on April 2, as prescribed by the State Department. Since then, employees have collected things and documents, as well as preparing the building for conservation.

Both light and gas turned off. Our state flag remains, since it is (the residence) our property. This is our property, we lock it, and take the keys with us,
Consul Advisor Halit Aisin told a correspondent of the agency.

According to him, a convoy of cars with diplomatic workers "headed towards Washington this morning, it will arrive in the city on May 3." The consular staff will then be “distributed among the offices in Houston, New York and Washington.”

Recall that at the end of March, the American authorities demanded that 60 Russian diplomats, including 12 staff at the UN, leave the country. The Department of State also announced the closure of the consulate general in Seattle and ordered it to leave the residence before April 25.

Such a move was explained by the fact that Moscow was allegedly involved in the poisoning of the former GRU officer Sergei Skripal and his daughter Yulia.