April 25 2018
109
The G7 foreign ministers united in a fit of condemnation of Russia's “destabilizing behavior.” However, they kindly agreed to leave Moscow the opportunity to return to the dialogue. 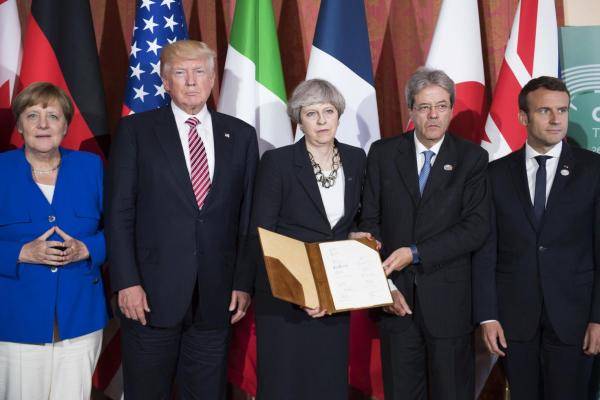 The heads of the foreign affairs agencies took part in a two-day discussion of tensions with Russia, Iran and North Korea, and also touched upon problems related to Venezuela and Myanmar.

“We are all unanimous in our opinion regarding the destructive behavior of Russia,” said the representative of the US State Department on condition of anonymity. “We also decided that it is worth maintaining a dialogue with Moscow and demanding explanations of its destructive actions from it.”

According to two sources who had access to a closed discussion, the ministers had to make a final decision regarding Moscow on Monday. “The verdict will be tough because of everything that Russia has already done so far. But, on the other hand, the door for discussion remains open, ”said one source.

“We tell them:“ If you want to be treated as a superpower, cooperate with us. ”

German Foreign Minister Heiko Maas called on Moscow to help resolve the crisis in Syria. “We understand that the Syrian conflict will not be able to end without Russia. But then they should put forward constructive counter proposals, ”he told reporters on Sunday.

However, as a result of the meeting, no decisions on the “punishment” of Russia will be taken: the United Kingdom, France, Germany and Italy are members of the European Union and should discuss any steps with all member countries.

What are Western countries trying to hint at Russia? On the one hand, they are supposedly ready to admit that the Russian Federation is a big and strong country. On the other hand, they require it to coordinate all their actions with Europe and the United States and full accountability to them. How, then, will the position of the Kremlin differ from other obedient partners of America? The big question. But this is exactly what Washington wants with someone else’s hands.
Ctrl Enter
Noticed oshЫbku Highlight text and press. Ctrl + Enter
We are
Military Reviewin Yandex News
Military Reviewin Google News
109 comments
Information
Dear reader, to leave comments on the publication, you must sign in.