An-70 plus foreign components. Ukraine showed An-77

April 24 2018
59
Ukrainian concern "Antonov" showed in social networks the departure of the prototype military transport aircraft An-77 at an air show in Turkey. 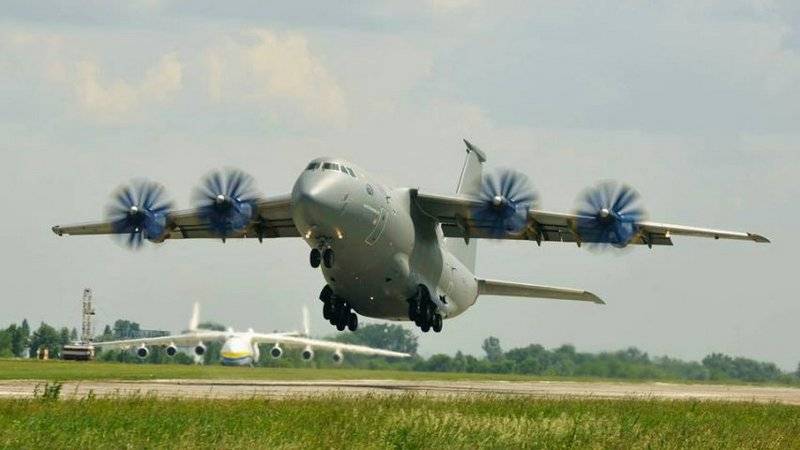 In the period from 25 to 29 on April 2018, the SE Antonov will participate in the Eurasia-2018 international air show, which will be held in Antalya, Turkey. An-178 and An-77 medium transport aircraft will be demonstrated at the static parking and in the demonstration flight program. They arrived in Turkey 22 April.

According to the developers, the aircraft can carry heavy and heavy military equipment, helicopters, personnel.

It is noted that the An-77 is a turboprop medium military transport aircraft, an upgraded version of the Russian short-take-off and landing An-70 transport aircraft for CFM56-5А1 engines and avionics of global manufacturers. The latter was created by Ukraine in cooperation with Russia, which supplied Antonov with up to 90 percent of aircraft components. After the cessation of military-technical cooperation between Russia and Ukraine, work on the An-70 was stopped.

Ctrl Enter
Noticed oshЫbku Highlight text and press. Ctrl + Enter
We are
SE Antonov on Le Bourget 2013 will show regional An-158 and transport An-70
Military Reviewin Yandex News
Military Reviewin Google News
59 comments
Information
Dear reader, to leave comments on the publication, you must sign in.