Parachutes of the wrong system. WFP Director spoke about the delivery of humanitarian aid to Deir ez-Zor

April 24 2018
23
The World Food Program lost about 2% of humanitarian supplies that were dropped by airplanes into Syrian Deir ez-Zor due to unopened parachutes provided by the United States, said WFP Syria director Jacob Kern. 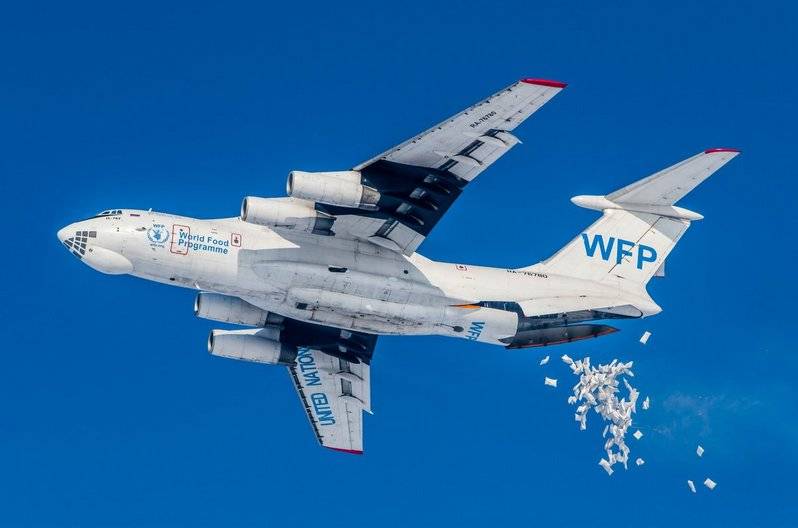 Air delivery was made every day from Jordan. From a height of 5 kilometers, the order was dropped 26 pallets to a point the size of a football field 3-4
- he said, while expressing admiration for the accuracy with which the goods fell into the place of discharge

On average, we lost about 2% of the total number of goods. 8 thousand pallets have been dropped. Each contained 600 kilograms of food. We lost 200 order due to the fact that the parachutes did not open or did not work
- noted Kern.

He stressed that the operation in Deir-ez-Zor can be called successful, despite the loss of cargo and the fact that it was very expensive.

You should be calm about such things and consider that the parachutes may not open, or the cargo will be blown away with the parachute from the point of discharge. We lose cargo and ground delivery. So 2% is, on the whole, absolute success.
- he added in an interview with RIA News.

Ctrl Enter
Noticed oshЫbku Highlight text and press. Ctrl + Enter
We are
Reports from the militia of New Russia for 27-28 September 2014 of the year
Military Reviewin Yandex News
Military Reviewin Google News
23 comments
Information
Dear reader, to leave comments on the publication, you must sign in.