April 24 2018
22
During the stripping of the Palestinian refugee camps Yarmuk near Damascus in the combat formations of the Syrian army, a fresh T-72AB and a giant armored “monster” bulldozer were observed, reports Rossiyskaya Gazeta. 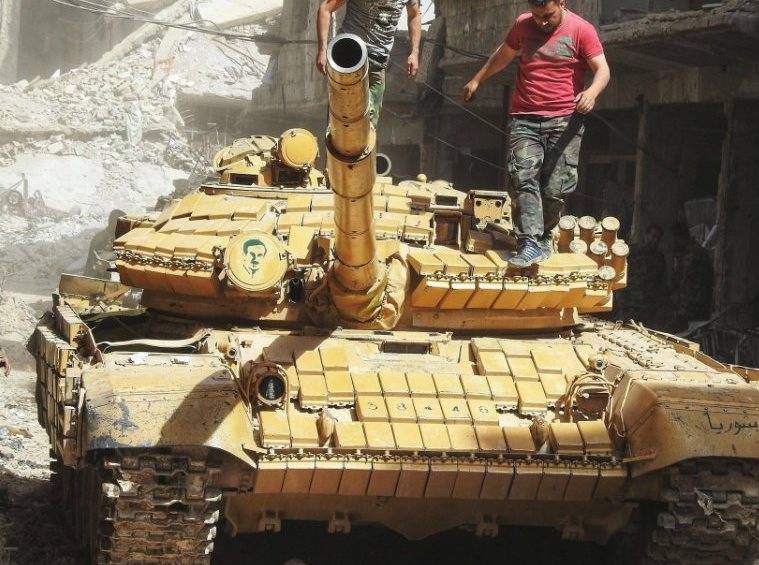 Experts drew attention to the excellent condition tank T-72. Everything suggests that the machine, which is in the arsenal of the Republican Guard, literally until recently was in reserve or it was recently repaired at one of the Syrian plants. 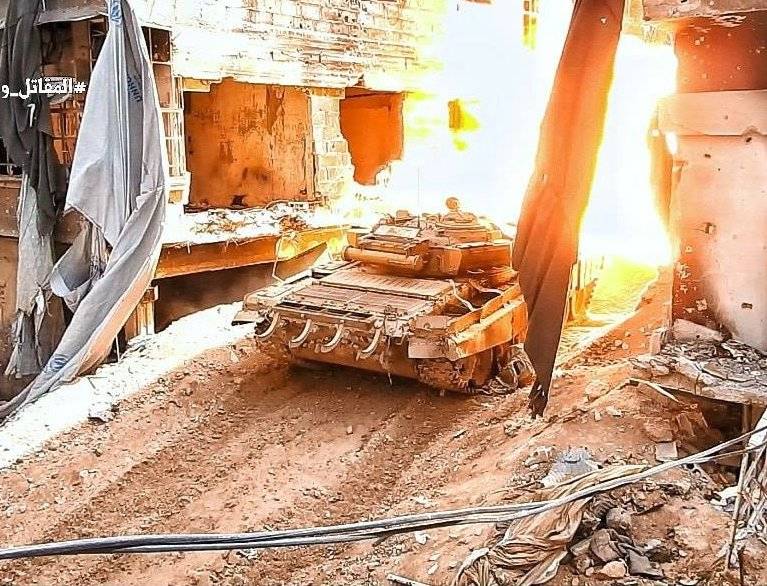 ATS repair companies have mastered the restoration of various types of military equipment: infantry fighting vehicles, self-propelled guns and, of course, tanks. Both veterans T-55 and T-62, as well as more modern T-72, are coming back.

“The creation of assault engineering equipment, which is a remake of conventional bulldozers, is also continuing. On tracked vehicles, an additional reservation is set up, lattice anti-cumulative screens or the so-called "corner armor", as in the "monster" in the photo. Such equipment makes passes for the advancing technology, destroys the positions of terrorists, ”writes the author of the publication. 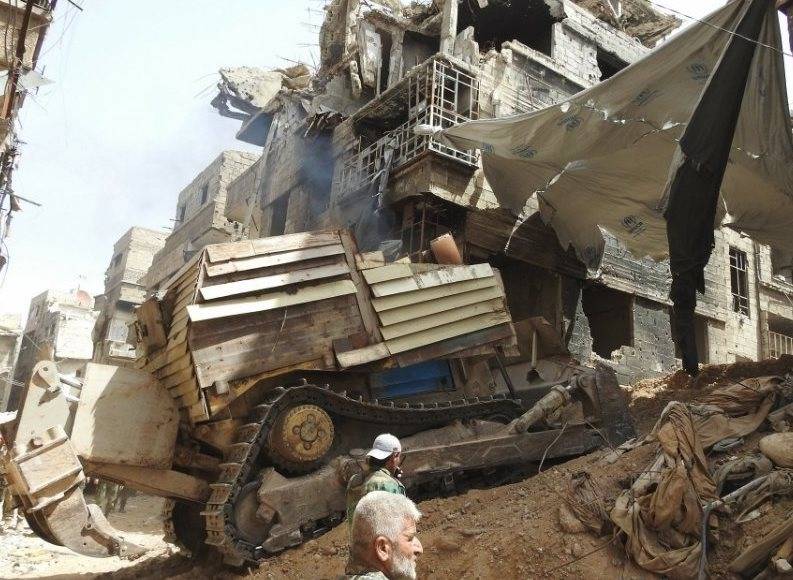 More recently, armored bulldozers have been mass-produced in Russia. They are already coming into service engineering units.

Help newspaper: "Palestinian refugee camp" Yarmuk ", located inside the municipal borders of Damascus, was founded in 1957 year. In 2015, the territory of the camp was captured by IS militants (the group was banned in the Russian Federation). ”

Ctrl Enter
Noticed oshЫbku Highlight text and press. Ctrl + Enter
We are
Reports from the militia of New Russia for 2 September 2014 of the year
Military Reviewin Yandex News
Military Reviewin Google News
22 comments
Information
Dear reader, to leave comments on the publication, you must sign in.