April 24 2018
34
The US Army and Marine Corps have completed testing of the Joint Light Tactical Vehicle (JLTV), which will replace the Humve, reports Warspot with reference to the portal armyrecognition.com. 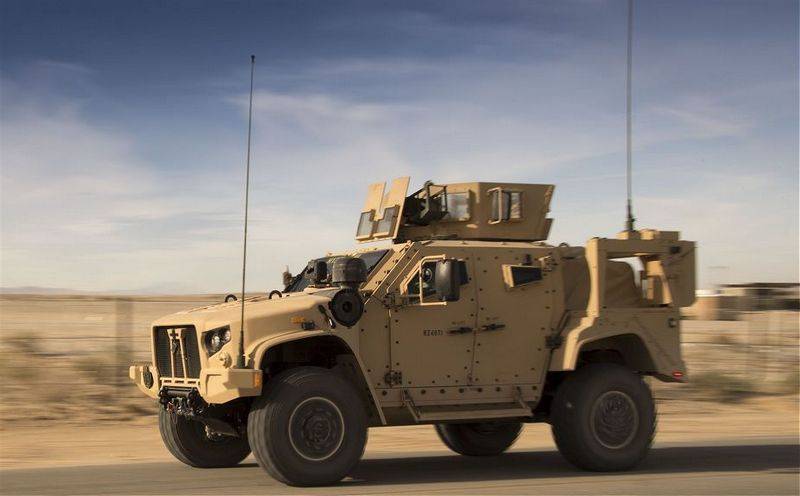 Comprehensive testing of off-road vehicles was conducted in conditions “as close as possible to those waiting for American soldiers in Iraq and Afghanistan.” Testing was conducted from February of the current year and covered 39 machines (18 from KMP and 21 from the army). At the same time, the military experienced only two of the three main modifications of the JLTV.

The L-ATV (Light Combat Tactical All-Terrain Vehicle, light combat tactical SUV) was developed by Oshkosh Defense in 2011 on the basis of MRAP (mine resistant ambush protected, protected from undermining and ambush attacks). In September, 2016 launched the mass production of new cars.

Oshkosh L-ATV (after winning the tender, these cars are called JLTV) - an 6,4 t armored vehicle with an adaptive suspension (maximum clearance - 51 cm). The machine is suitable for landing on parachute systems and transportation by air (including on external helicopter hangers) and is available in two- and four-seater versions. The car has a basic reservation that protects the crew from small fire weapons medium caliber, as well as mines and mines. If necessary, the car can be installed additional hinged armor.