In the Kuriles held another military exercise

April 24 2018
22
The subunits of the machine-gun and artillery formation, together with the Airborne Troops, carried out a landing of a tactical airborne assault on one of the islands of the Lesser Kuril Ridge, reports press office Eastern District. 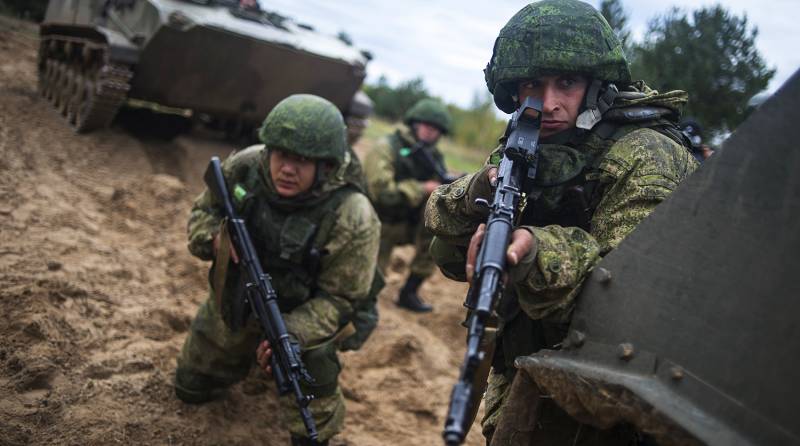 During the dynamic rally of one of the tactical episodes of the training, the military, under conditions of active use by the conditional enemy of electronic warfare equipment, worked out the tasks of airborne defense of the island zone. They covered the defending crews of the Mi-8AMTSh army helicopters aviation district, calculations MLRS "Grad" and artillery systems "Hyacinth",
says release.

In the course of live firing, surface targets imitating enemy ships were destroyed, the fire was corrected by the Orlan-10 UAV calculations.

According to the press service, more than 2,5 thousand soldiers were involved in the event, about 800 units of military equipment were involved.

Ctrl Enter
Noticed oshЫbku Highlight text and press. Ctrl + Enter
We are
Reports from the militia of New Russia for 20-21 September 2014 of the year
Military Reviewin Yandex News
Military Reviewin Google News
22 comments
Information
Dear reader, to leave comments on the publication, you must sign in.