The question is Armenian, but Russia is to blame 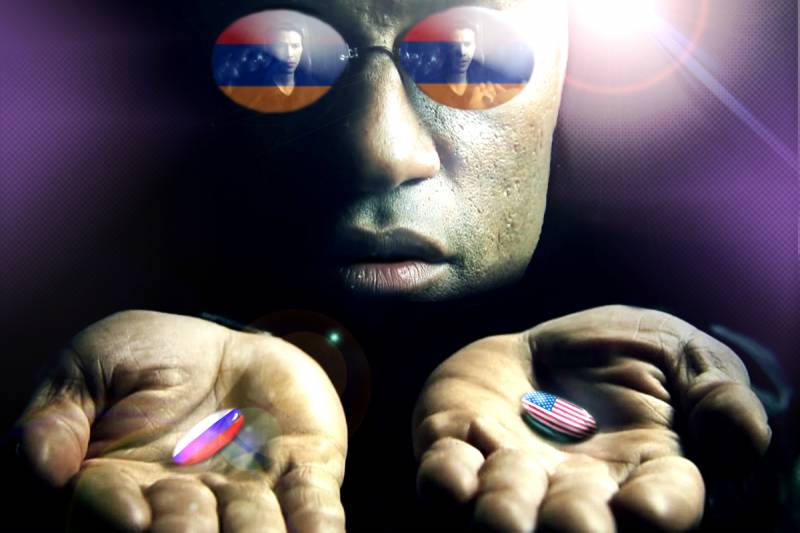 Probably each of us has ever heard or asked a mean question to a child: who do you like more, dad or mom? The little man frowns, tries to find answers to the most important questions of the universe and gives the answer that will appeal to the parent who is near. Or other options have a place to be.

What is happening in Armenia today is completely predictable. Could anyone doubt that the election of Prime Minister Serzh Sargsyan will cause an explosion? Or has everyone already forgot his promise to leave politics after the second term? Let me remind you, no problem. It was so.

The promise was, but with the performance came out somewhat in Armenian.

Maybe in Armenia forgot the reform of public administration? After all, it is thanks to this reform that the country is now actually governed by the Prime Minister! Further, even the "thought" is not necessary to include. The president is elected for a term. More or less is not important. And what about the prime minister? Premier can rule forever!

What really happened in Armenia now? Sargsyan, deliberately or accidentally, it is simply impossible to say for sure, became the banner of the opposition. Paradox? By no means.

The recent elections in Russia showed everyone what the entire Russian opposition is worth. Grantoedy and wasteland. Do you think in Armenia is wrong? Exactly the same. And grants are always not enough. So it reminds me that the Armenian oppositionists are “small parties”, sorry for naturalism, the look in the toilet hole of the “toilet” type, as one of the heroes of the “Diamond Hand” said.

But there is Sargsyan! Here it is, the banner of the Armenian opposition. Hatred of this policy has united the opposition. Forced to stand in one anti-government system. More precisely, in anti-Sargsyan system.

And here lies the first quotation. The opposition does not want to change policies or carry out reforms. She just wants to get close to the feeder. No more. It’s a paradox, but what’s been happening in Armenia for many years suits everyone. Well, almost everyone.

But the main thing is that everyone is in sight, everyone "owns the minds of millions" and everyone does not go hungry ... Well, if anyone wants to be “absolutely good” - here she is, almost her own, my own, Russia, so to speak.

Armenia is a small country. And, accordingly, it "ripens" faster. What is only talked about in Russia has long been shouted in Yerevan. Shout about the "eternity of power." Recall, the Armenians somehow miraculously avoided extending the powers of the president or something like that. By type of "chess game" in Russia in 2008 year.

In general, it is good or not, not for us to judge. We can only be judged by the consequences “in case of anything” according to the Ukrainian scenario.

Looking through news feeds from Yerevan, you begin to experience about the same as experienced in 1991. Remember Gorbachev? Aversion and even hatred. President who betrayed everyone, and most importantly - betrayed the interests of the people.

Only here itching inside. Is it possible for Sargsyan to be considered a traitor? We will talk with a "cold" head. Ten years in power. For practically all the political forces of Armenia, these were, if not happy, then not “black” years for sure. To legislators? Yes please! In the street protest leaders? Forward! Do you want to go there and here? Sure, not a problem. Get out.

Maybe the president was a despot? Maybe he didn’t let the opposition speak out? I do not know where, how, but over the past years we have accumulated so many quotations by Armenian politicians about the "non-patriotism" of Sargsyan, which is enough for a quite serious book.

And how many times he was accused of unwillingness to solve the Karabakh issue by force? How many times have he been told about cowardice and fawning on Moscow, Baku, Washington, and Europe? A small, but proud Armenia was eager to fight against the "Azerbaijani aggressors."

Maybe someone does not remember the decisions of the "big three" on Karabakh? But it was precisely this decision that became the basis of the peace negotiations. It was he who saved many lives.

The fact that Sargsyan left today does not change anything at all. The new prime minister or will continue the policy of the previous government, i.e. Sargsyan, or go against Moscow, Washington and Paris at the same time and start a war with Azerbaijan.

Either smarter - he will arrange a provocation and dump everything on Azerbaijan.

Everything can be here, Karabakh is such a thing, there it is possible not to prepare a fire. Can flake up on both sides.

But in the second case, again according to the “Big Three” agreement, Armenia will lose the support of Russia. And in a one-on-one war, alas, there is no chance of winning. Baku today has a well-armed and trained army. Army, which is much more Armenian.

Of course, in the conditions of Karabakh much of the army is not needed there. Specificity. The mountains. But even in this case, with all due respect to the Armenian armed forces (and there is something to respect, yes) - it is doubtful.

And what is the result? But in the end we have a situation in which we are already guilty.

On the one hand, we are to blame for the fact that the riots were allowed in Yerevan and did not help the legitimate authorities to put things in order in time and did not prevent the possible Ukrainian version of events.

On the other hand, we are guilty of supporting the "usurper of power", the "strangler of democracy" to the detriment of the Armenian people.

On the third hand, we are guilty of the fact that the Karabakh problem has not yet been solved by force. We did not have much weapons Armenia, how much they would like. And, moreover, they sold the newest weapons development to Azerbaijan.

And on the fourth hand, God forbid, we will be guilty of a lot of blood if this option is implemented by the future government.

It is regrettable to write about it, but today the situation in Yerevan is extremely unstable. In the wake of the mass demonstrations, random people will predictably fall into politics. And the political system itself will lose stability and stability.

What was the main thing in the destruction of Ukraine? Alas, we have to admit that the main thing was the participation of young people. It is the youth that always becomes the subject of political manipulation. And it is precisely the youth who are always more influenced from outside.

Armenia now, on the strength of the above facts, is on the threshold of major events.

Firstly, the current government today is experiencing a certain lack of legitimacy.

Secondly, the opposition, which is likely to seize power, does not have a clear program and plan of action.

Thirdly, the danger of external influence on the protesters, and, therefore, on the future, the country's leadership sharply increases.

Today, the opposition still has a choice. Or follow their own calls and start moving away from Russia. And then the Ukrainian scenario is possible. A lot of noise, a lot of screaming, and hopefully not enough blood. What lies ahead is about it separately.

Or completely change the position by 180 degrees and continue the policy that they are against today.

We are satisfied with any option. Just because we will still be guilty anyway.