April 23 2018
208
The newspaper "Kommersant" habitually with reference to the unnamed, but very informed, sources report that shipments to the Syrian Arab Republic of the C-300 air defense system may begin soon. It is claimed that even 8 years ago, these complexes were contracted by Damascus, but then Moscow canceled deliveries "at the request of Israel."


Of material:
It is assumed that the S-300 components (radar stations, transport-loading vehicles, command posts, launchers, etc.) will soon be delivered to the republic or by military transport aircraft aviationor ships of the Russian Navy.
It is added that the issue with the deliveries of the C-300 air defense system to Syria, which is on a political plane, “has already been practically resolved”. 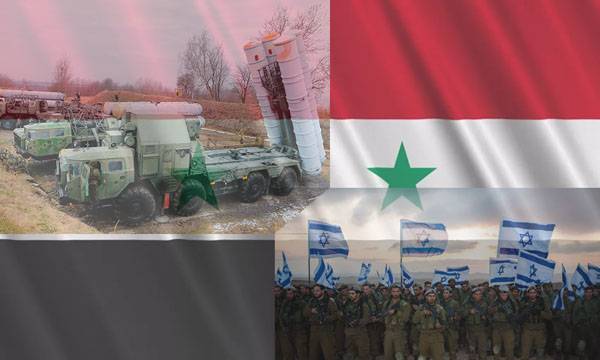 Recall that earlier in the foreign press appeared materials that the C-300 in Syria have allegedly been supplied for the needs of the Syrian army. It was alleged that the BDK with air defense missile systems on board was unloaded in the port of Tartus "under the cover of aerosol protection, so that the process would not be seen through the satellites." The Ministry of Defense of the Russian Federation did not comment on this data.

Israel has previously stated that in the event of the supply of anti-aircraft missile systems to Syria, the country's air force "may strike at the locations of the air defense missile systems." In this case, two important nuances are not commented: Syria is an independent state, and the C-300 air defense system is defensive armament. It turns out that in the same Israel they openly admit that they intend to ignore the statehood of the SAR, the right of the SAR to self-defense and are going to carry out acts of direct aggression against the backdrop of the fight against the CAA against terrorism?
Ctrl Enter
Noticed oshЫbku Highlight text and press. Ctrl + Enter
We are
Military Reviewin Yandex News
Military Reviewin Google News
208 comments
Information
Dear reader, to leave comments on the publication, you must sign in.