For Su-57 and J-20, they quickly prepare an opponent. Why does the Pentagon have a headache? 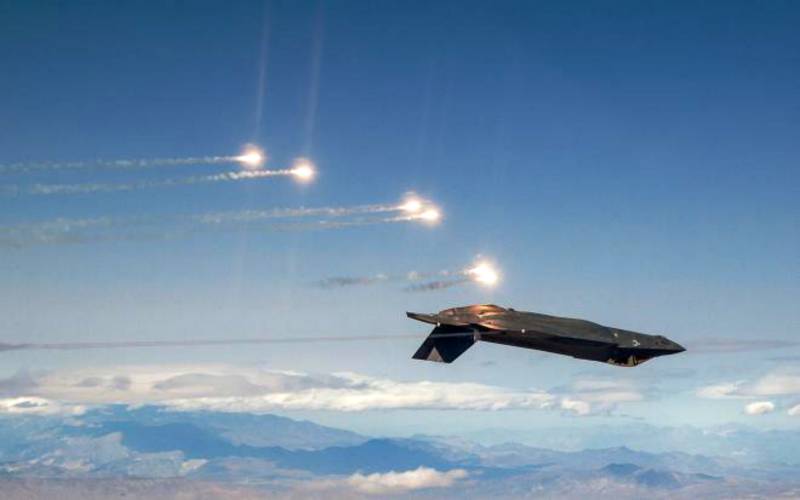 While we all continue to carefully monitor and analyze the situation in recent weeks in the Syrian theater of operations with genuine interest, where future deliveries of D-Damascus anti-aircraft missile systems of the C-300PS (or PMU-1) modification will be put under the “fat” question any attempt by the OVVS and the Western coalition fleets to conduct another massive missile attack on the most important fortified areas of the Syrian army and industrial objects of the republic, a surprise from Washington was outlined in the Asia-Pacific Strategic om direction. Here, the Pentagon, with the involvement of the lines of military-technical support of the allied countries of the United States, as well as foreign military sales, is preparing to challenge the actively strengthening regional domination of the tactical military-air component of the transitional and 5-th generations of the Russian and Russian Air Forces. This was announced 18 April 2018 of the year from the Reuters news agency, citing sources in the US Department of Defense and the company "Lockheed Martin".

According to the famous resource, at the moment, representatives of Lockheed, as well as high-ranking specialists from the United States Air Force, began consultations with the Japanese defense ministry regarding a project to develop a promising multipurpose 5 generation fighter for Japan’s Self-Defense Air Force based on existing products. This is a car combining the anti-aircraft potential of a fighter to gain F-22A "Raptor" air superiority and the advanced architecture of the elemental base and software of the on-board radio-electronic equipment of the inconspicuous Lightning II F-35A multi-purpose fighter.

This event can not be associated solely with the lobbying of US defense products about US officials from the Japanese Defense Ministry. The whole hitch is that the project of the Japanese 5-generation ATD-X fighter recently brought to construction and the first flight test of the technology demonstrator still has an uncertain future, since for the final adjustment of the future airframe, EDSU and weapons control complex of the future F-3 it is necessary allocations of more than 40 billion dollars. This amount should also include the cost of building the corresponding capacity of Mitsubishi Heavy Industries for the high-volume production of F-3. Consequently, the project ATD-X "Shinshin" is currently not coordinated with the five-year defense plan of the Ministry of Defense of Japan, which will be finalized only by the beginning of 2019 of the year; According to information from Reuters for 15 in November 2017, the work on the project is "frozen." Whether the defense ministry and the Japanese parliament agree to allocate such funds to continue the ATD-X project is still unknown.

A much simpler and less costly option is the direct purchase of Lokhidi aircraft kits of X-NUMX-generation F-5A X-type fighter from the Foreign Military Sales foreign military sales (FMS) for 35 million dollars per unit, their further assembly in workshops "Mitsubishi Heavy Industry", and then further contracts with "Lockheed" for the purchase of new hybrids F-135A and F-22A. Moreover, sacrifice their defense technological self-sufficiency to the Japanese is not the first time. For example, the purchase of 35 machines will cost Tokyo approximately 42 billion dollars, which is 5,7 times cheaper than just bringing the ATD-X program to production samples of the “first stage”. As for the hybrid F-7A and F-22A, which is now actively being imposed on the Japanese Defense Ministry and the Air Forces of Self-Defense, it, without a doubt, looks even more attractive to them.

It is well known that back in 2007, the Japanese side made a request to purchase promising X-NUMX-generation F-5A Raptor fighters from the US, but the US Congress rejected it because of the inadmissibility of transferring critical technologies; moreover, it was not even proposed to simplify its export version with the possibility of installing a less sophisticated Japanese on-board AFAR-radar J / APG-22, presented by 1 by MMIC-type transmitter-receiver modules based on gallium arsenide (GaAs). The Japanese have long dreamed of "Raptor", and now they are offered its more advanced modification with the network-centric "stuffing" from F-800A, and even without multi-billion infusions from its own budget! Naturally, all this looks extremely tempting, which was what Washington expected. Tokyo’s long-standing interest in American military equipment prohibited for export is for Lockheed Martin a real spare “jump airfield” in the event of an increasingly likely failure of the contract to sell F-35A to the Turkish Air Force. But these are only economic moments.

A much more important detail of such a proposal on the part of the Americans is Washington’s desire to establish parity in tactical combat potential aviation transitional and 5th generations with the Aerospace Forces of Russia and the Air Force of China in the western part of the Asia-Pacific region. In addition to the fact that the number of multi-purpose tactical fighters and transition-generation fighter-bombers Su-30SM, Su-30M2, Su-35S continues to increase every year at Russian Far Eastern air bases (Dzemgi, Domna, Central Angular, etc.) Chinese Avb - no less sophisticated J-10B, J-11B and J-16, and programs for the development / development of 5th generation machines - Su-57, J-20 and J-31 are in full swing. The first two vehicles have a huge range of more than 2000 km (depending on the combat load in the internal armament compartments and the presence of external underwing FTBs), which is about 2 times more than the F-35A sold on the Japanese side today.

The radars of these cars, which are distinguished by active phased array with increased energy potential, are ahead of the AN / APG-81 proposed by the Americans in the range of approximately 2 times. So, if H036 "Squirrel" is able to detect a target with 1,5 EPR - 2 sq. m at a distance of 350 - 400 km, lightning APG-81 does this only from a distance of 150 - 160 km. Moreover, we have a trump card in our hands - side-view antenna modules H036Б-1-01Л / 01Б, which bring the viewing sector to 270 degrees and allow us to scan parts of the airspace in the rear hemisphere. There is a “bonus” in the F-35A - an opto-electronic system with a distributed AN / AAQ-37 DAS aperture, represented by 6 high-resolution infrared sensors.

They will be able to detect Su-57 or J-20 from the contrasting torch of jet engines at a distance of more than a hundred kilometers; but there is one “but”: such a result can be achieved only in the afterburner modes of operation of the turbofans, while at the maximum the DAS capabilities will decrease to several tens of kilometers. As for the nomenclature of operating modes, here both our and Chinese radars have approximately equal capabilities with the APG-81: there are synthetic aperture modes (SAR), tracking of moving surface objects (GMTI), and possibly reverse synthetic aperture.

Even despite the fact that in the open press there is no official information about the possibility of using the receiving and transmitting modules of the H036 Belka station and Chinese radars in the mode of radiation of directional interference or bypassing the enemy’s interference using dips in the radiation pattern, in practice AFAR (unlike passive AFAR) allows it to be realized. Looking at such pale capabilities of the F-35A (in addition to low flight performance) supplied by the Japanese Air Force, it is not surprising that the States want to cross the Raptor and Lightning for the appearance of a much more dangerous tactical fighter equipped as the big-eared AN / ALR-94 raptor radiation warning / electronic reconnaissance station, as well as full-fledged “network” capabilities for the exchange of tactical information with other types of tactical aviation through radio channels MADL (for F-35A) and Link-16 (for linking to AWACS and Aegis aircraft ships (ships). The channel of information exchange IFDL, in order to preserve security in the advanced tactical unit of the US Air Force 5 generation, is likely to continue to be used only by F-22A crews. New details about the appearance of the advanced American “hybrid” for the Japanese Air Force will be known not earlier than 2020 of the year.

Ctrl Enter
Noticed oshЫbku Highlight text and press. Ctrl + Enter
We are
The problems that will be faced VKS Russia to 2025 year. Procrastination is unacceptable!An-12 in Afghanistan
Military Reviewin Yandex News
Military Reviewin Google News
81 comment
Information
Dear reader, to leave comments on the publication, you must sign in.