APU 40 once a day violated the truce in the Donbass

April 22 2018
14
The soldiers of the Ukrainian army over the past day 40 once violated the cease-fire, reports RIA News. 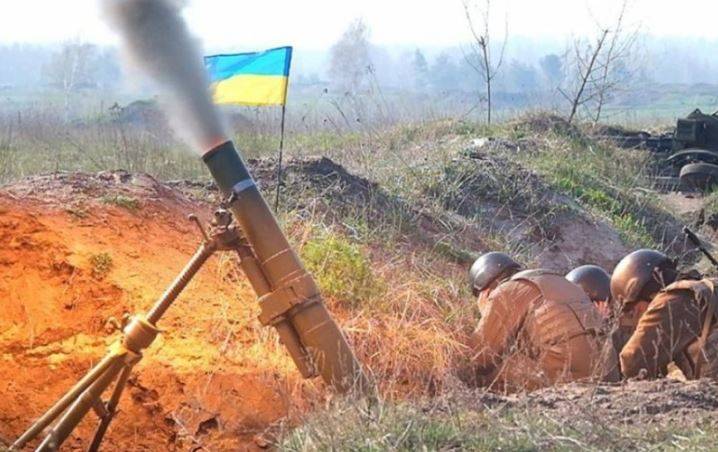 The representative office of the Donetsk People’s Republic in the STCC informs: over the past 24 hours, the total number of violations by the Supreme Court of Ukraine has been 36 times,
told the military.

Ukrainian security forces fired more than 190 mines across the territory of the DPR, grenade launchers and others were also used during shelling weapon.

In the morning, the fire in the direction of Novotroitsk - Dokuchaevsk continued with the use of mortars; a civilian was wounded.

In turn, the representative of the People’s Republic of the Luhansk Republic reported four shelling.

Over the past day, the Ukrainian security forces four times violated the cease-fire by using mortars of 120 and 82 millimeters, grenade launchers and small arms,
he said.

According to the representative of the military department of the LC, "areas near settlements Zhelobok, Kalinovo-Borschevatoye and Pervomaisk were subjected to shelling, around 110 shells were fired throughout the republic".

In addition, in the village of Vrubovsky (LNR), a local resident exploded on an explosive device.

“In the village of Vrubovsky, Lutuginsky district, a man 1960 of birth was killed as a result of an explosion at an unidentified explosive,” the release of the Ministry of Emergency Situations of the Republic says.

Ctrl Enter
Noticed oshЫbku Highlight text and press. Ctrl + Enter
We are
Summary of events in the DNI and LC during the week 07.04.18 - 13.04.18 from the military commissar "Mag"A summary of the events in the DNI and LC for the week 31.03.18 - 06.04.18 from voenkar Mag
Military Reviewin Yandex News
Military Reviewin Google News
14 comments
Information
Dear reader, to leave comments on the publication, you must sign in.