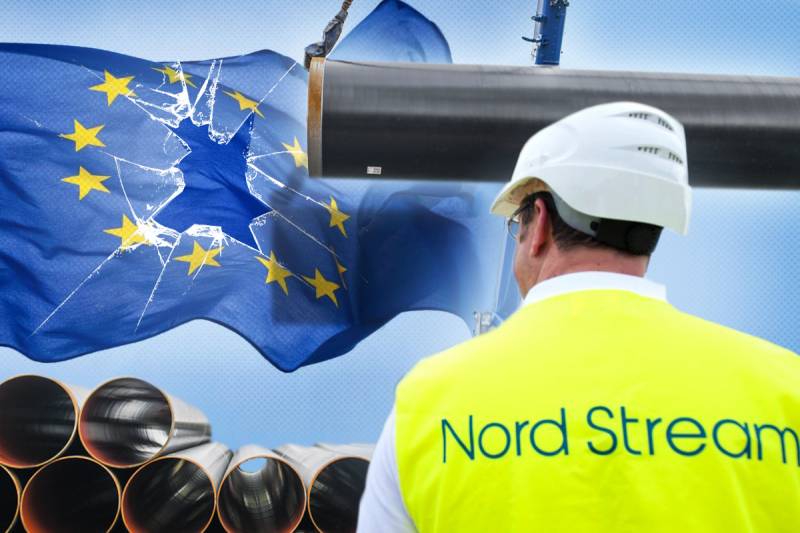 Our experts cannot elaborate on the strategy of Russia in the world; they usually lament that there is none, or it is so secret that it is impossible to discuss. They say that Russia is like peace and chewing gum all over the world, even for those who call Russia an enemy and think how to get rid of Russia once and for all. McCains, Clintons and Bidens do not seem to understand something, and our expert minds explain what their happiness really is.

Analysts like Sergey Karaganov explain theoretically that the strategy of Russia is to contain the United States and NATO, that is, this is a mirror strategy in relation to the strategy of containing Russia from the United States and NATO. Few, for example, sociologist Yevgeny Kopatko indicates this poverty and some fear of our political science thought to move away from preaching universal love for his professional duties. The idea of ​​“deterrence” must be filled with something, if only by analogy with the Western expert thought about “containment of Russia”.

The head of the British General Staff once declared to the whole world: “Russia can launch hostile actions quickly and in a way that no one expects.” A whole chief of the British General Staff accused Russia of preparing a surprise attack! It follows from this that the West is preparing to attack Russia suddenly and preventively. And what does our expert thought think about this?

Our General Staff and the Ministry of Foreign Affairs do not give in to such provocations, they simply ignore them. However, our analytical minds are silent like fish over ice or are thoughtfully remarked: this is the British General Staff trying to get additional funding, that is, nothing special. Strangely enough, some TV presenters give a correct assessment: this is some kind of horror!

Official structures like the US State Department, the British General Staff do not repeat, but the unrelated teams of American experts and analysts did not hesitate to draw maps of the section of the USSR, and today they are thinking openly about how to divide Russia. Freedom of speech! And we are surprised: where did the chemical provocations with Violinists come from, in Eastern Gute? Why “highly Likely” Russia is to blame for everything? Especially for Britain? But the General Staff of Britain has long explained everything!

When our experts, in response, speak of the struggle for world peace, they either cunning or show themselves fools. As a result, there is a tremendous dissatisfaction and mistrust of our expert thought, of the common, smooth and empty “peace-loving”, rounded phrases of our experts. Russia's strategy is to contain the West, and then silence begins. To talk further about such things is impossible? But Western political scientists can carry everything, carry any nonsense, even to the chiefs of the General Staffs, and our poor people have nothing but empty phrases about peace and friendship in the whole world.

Meanwhile, the classic "strategy of containment", or to be more precise, confrontation, is as old as the world. In biblical times, she expressed aphoristicly: "A house divided in two will not stand." In the Roman Empire, it was expressed more clearly and simply: “Divide and rule!” Therefore, the United States and the collective West are trying to divide Russia, as the USSR divided. And Russia?

If we do not want to be divided, we probably should strive to divide the West ourselves. If we proceed from the classic confrontation, which may not coincide with the opinion of our General Staff, the strategy of Russia should be to split the West: the United States, NATO Europe, Bandera’s Ukraine, preferably to pieces and pieces. As they wish us so.

This is the only way to force the West to peaceful coexistence, as it was in Soviet times. The United States saw a partner in the USSR only when Nikita Khrushchev showed America a nuclear “mother of Kuzma”, for the same reason the US does not see a partner in today's Russia: are they waiting for Putin to show them “mother of Kuzma”? Not only in the form of cartoons?

So, the classic of confrontation tells us that the strategic task of Russia is the disintegration of the West, primarily of Europe, of NATO. For this, Russia needs to make Germany a situational ally. This goal is facilitated by the Russian-German operation of Nord Stream - 1 and the planned construction of the joint venture 2. Germany supplies Russian gas are necessary to maintain the competitiveness of its industry, for Russia it is not only an opportunity to earn money, but also a way to drive a wedge into the Atlantic alliance. Russia can sell gas today in the Asian markets.

The arrival of the Donald Trump to the White House of Washington as a whole is to the advantage of the general strategy of Russia, therefore, in spite of everything, “Trumpnash”! He has already brought down the transatlantic partnership, Germany calls it a “bad country” for its trade surplus with America. With the postulate "America first!" Trump came into conflict with Obama's globalist policy - Clinton, which found a response in Europe. Germany feels threatened by this and stretches gas pipelines to Russia.

The second wedge is driven into Atlantic solidarity by the US Congress, which introduces not only anti-Russian, but actually anti-European sanctions, primarily against Germany due to the construction of the joint venture - 2. In general, the joint venture - 2 can be a turning point in relations between Germany - Russia and the fate of Europe. This is a question of the economic self-sufficiency of Germany, which is in conflict with its Atlantic solidarity.

This open secret is known to everybody, therefore the US Congress threatens to impose sanctions on the joint venture building companies 2, but Germany continues to see only the commercial aspect of this pipeline, and Chancellor Merkel announced Germany’s “special responsibility” to Russia the other day, recalling responsibility for the aggression Hitler against Russia-USSR, that the Anglo-American West is trying to wipe out of stories.

The third wedge into the West is driving Russia to the pro-American policy of Poland, who imagines herself Great in the light of America’s special patronage. Poland has managed to worsen its relations both with Russia and with Germany, brings both countries demands reparations! Russia definitely does not need a pro-American Poland, so its anti-Russian policy of fighting the memory of the Red Army, which liberated Poland from fascism, can have serious consequences: Moscow has already warned that it will not forget this blasphemy.

Anti-Russian and anti-Soviet Polish historical policy could call into question blagopriobretonnye with Soviet help the Polish border. Russia may agree to the return of German lands to Germany, which became part of Poland as a result of the Second World War, which could be a serious reason for the further rapprochement between Russia and Germany, and the collapse of Atlantic solidarity.

Today we see that Germany, despite US pressure, is not abandoning the construction of the joint venture - 2. Relations between Germany and the European Union with Poland are deteriorating, the pro-European Pole Donald Tusk, who became a VIP official of the European Union, speaks of a possible withdrawal of Poland from the European Union, following England, when Brussels will stop subsidizing Warsaw and the latter will have to pay for European loans.

Finally, Berlin's idea of ​​creating a United States of Europe with a parallel military structure of NATO's own delayed, but not removed from the agenda.