Finally got there. OPCW specialists visited the site of the alleged "chemical attack" in the Duma

April 21 2018
59
Specialists of the Organization for the Prohibition of Chemical weapons On Saturday, we visited one of the sites of the alleged himataki in the Syrian Duma to collect samples. 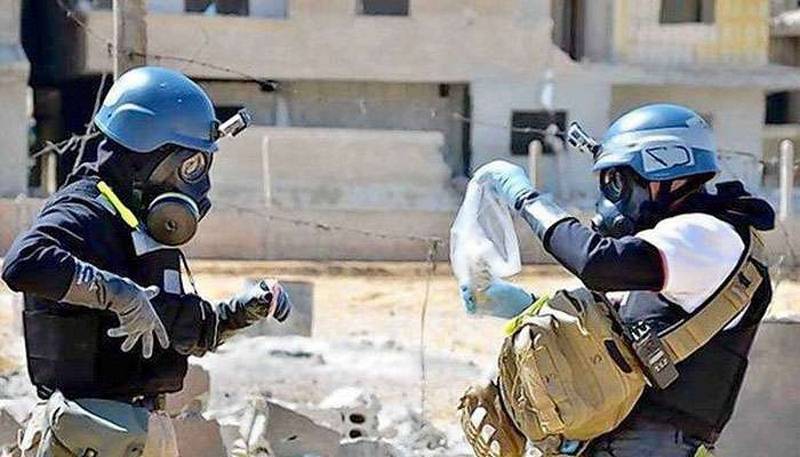 A group on the fact-finding mission of the OPCW today visited one of the sites in the Duma to collect samples for analysis in connection with the alleged use of chemical weapons 7 of April. The OPCW will assess the situation and consider further steps, including the possibility of a second visit to the Duma
- said in a statement the OPCW, RIA “News».

The organization also announced that new steps will be considered to investigate the incident in the Duma. The OPCW did not rule out the possibility of a new visit to the city to collect samples.

At the same time, the Russian Foreign Ministry said that experts from the Organization for the Prohibition of Chemical Weapons (OPCW) working in Syria are trying to limit the visiting sites and the circle of respondents associated with the allegedly “himataka” visitation sites.

At the same time, attempts by specialists of the OPCW to limit the sites of the visit and the respondents associated with the alleged chemical incident cannot but cause the most serious concern.
- said in a statement the Russian Foreign Ministry. The Foreign Ministry notes that behind this fact lies the “unwillingness to shed light on yet another staged provocation with the use of toxic chemicals, which has already served as a reason for launching a missile strike” on the Syrian state from the “Western Three”.