Found and destroyed. In Derbent, a group of militants was blocked

April 21 2018
70
According to preliminary data, several militants were destroyed during a special operation in Derbent, a source in the security forces of the Republic of Dagestan said. 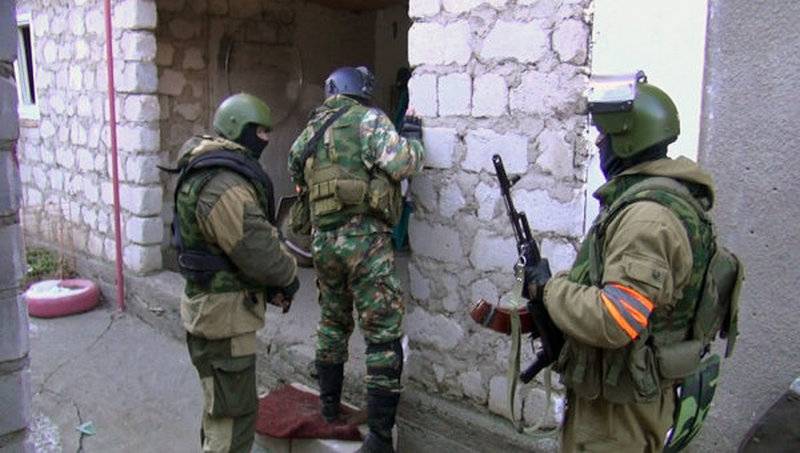 In the course of operational-search activities, a household was blocked in which militants were hiding. According to preliminary data, several of them have already been eliminated, the active phase of the special operation continues.
- Said the source agency.

The counterterrorist operation regime was introduced in Dagestan’s Derbent and Derbent districts on Saturday in connection with a search for militants.

Some militants were eliminated by security forces in a car, they tried to escape, the persecution was organized, and the bandits were destroyed during the skirmish. Another militants are blocked in a private house, there is a battle. The number of destroyed is specified
- Said the source agency.

The source said that according to preliminary data, four militants were killed in two special operations.

Three - in the car, and one - in a locked house
- Said the source agency.

He did not rule out that other militants could remain in the house.