"Showered." Ukrainian Navy conducted exercises near the border with Crimea

April 21 2018
50
The naval forces of the Armed Forces of Ukraine conducted exercises near the border with the Crimea on the defense of the seacoast from a naval landing of a conditional enemy. 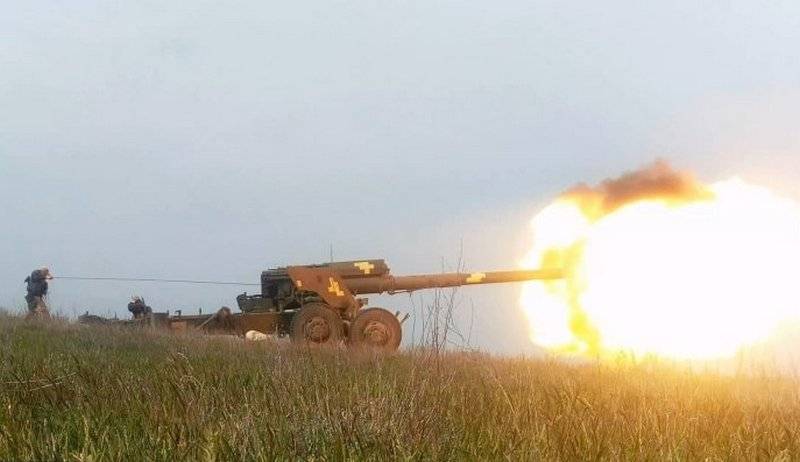 The exercises were held for several days, noted in the Ukrainian Navy. Were involved units of the command of the marines and artillery units.

Artillery units have successfully completed training exercises for the destruction of amphibious assault ships and a naval landing of a conditional enemy. The marines, in turn, carried out the tasks of directly repelling the attack of a conditional enemy naval assault force and carried out a maneuver by subunits in threatened areas.
- follows from the office records on Facebook. 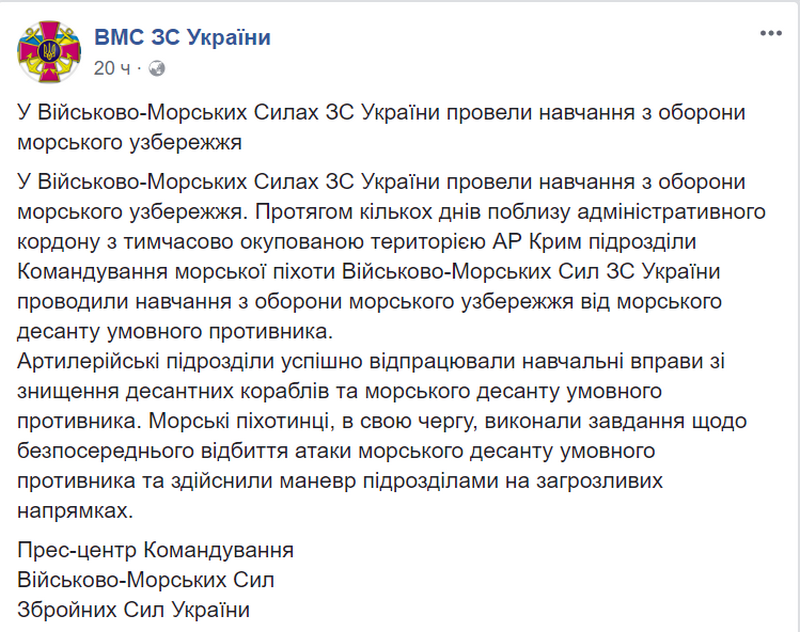 Earlier, the Security Service of Ukraine (SBU) arranged large-scale anti-terrorism exercises on the territory of the Odessa region.

Ctrl Enter
Noticed oshЫbku Highlight text and press. Ctrl + Enter
We are
The deputy chief of staff of the Navy told how the Ukrainian "mosquito fleet" is able to sink submarines27 November - Marine Day
Military Reviewin Yandex News
Military Reviewin Google News
50 comments
Information
Dear reader, to leave comments on the publication, you must sign in.