State defense order: first quarter of 2018 and plans for the year

April 23 2018
12
18 April A single day of acceptance of military products took place at the National Center for Defense Management. As part of this event, conducted under the leadership of Defense Minister General of the Army Sergei Shoigu, the military department summed up the results of the past first quarter. In accordance with the previously established plans, in the first three months of 2018, the Ministry of Defense was to receive a certain amount of military products, as well as perform a number of necessary works. During the Unified Acceptance Day, the leadership of the Ministry of Defense revealed the details of recent purchases and supplies.


The results of the first quarter of 2018 were announced by the Minister of Defense S. Shoigu, as well as the deputy heads of department, Yury Borisov and Timur Ivanov. In their speeches, they noted that the delivery of new products is carried out in accordance with established plans. The armed forces receive armored, automotive and engineering equipment, communications equipment, various weapons, etc. At the same time, the industry was able to make some deliveries ahead of the existing schedule. 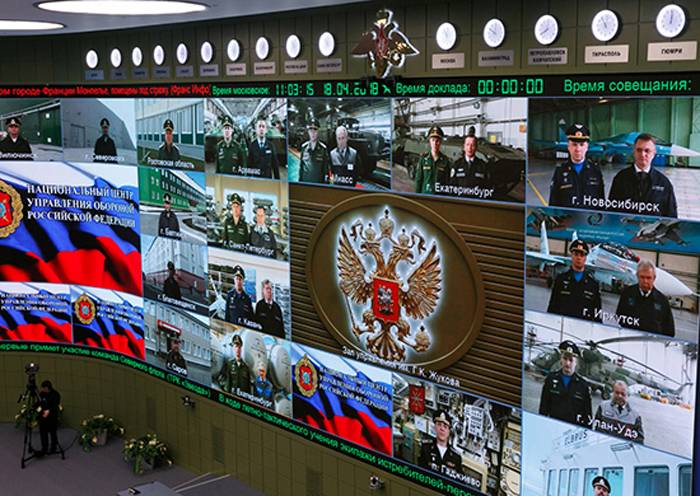 In recent years, the Ministry of Defense and industrial enterprises have been actively concluding long-term contracts for the supply of certain samples. The presence of such contracts and other factors allow us to comply with the deadlines for deliveries or even surpass them. Y. Borisov pointed out that for some items the state order for the supply of military products for the first quarter was made by 44%.

The leadership of the Ministry of Defense pointed to the continuation of the re-equipment of strategic missile forces, but there were no special details. According to Yu. Borisov, the supply of new weapons and equipment for the FARC continues in a planned manner. At the same time, the deputy minister mentioned the progress of the promising project “Sarmat”. March 28 at the Plesetsk test site there was a new launch of an experienced rocket. The characteristics of the complex were confirmed in preparation for the launch and during the flight.

At the disposal of the two types of troops appeared 155 unmanned aerial vehicles. It is reported that most of these products are part of the multi-purpose complexes "Orlan-10" - with them put 80 drone. Half the number of vehicles transferred to the complexes "Leer-3". The rest are built on the projects "Eleron-3" and "Thorn-8PMK."

The construction and supply of new equipment for aerospace forces continues. In addition, space launches are carried out in the interests of this type of armed forces. For example, the VKS calculations in the first quarter performed two launches of Soyuz launch vehicles, during which three spacecraft went into orbit. Both launches completed their task and were recognized successful. 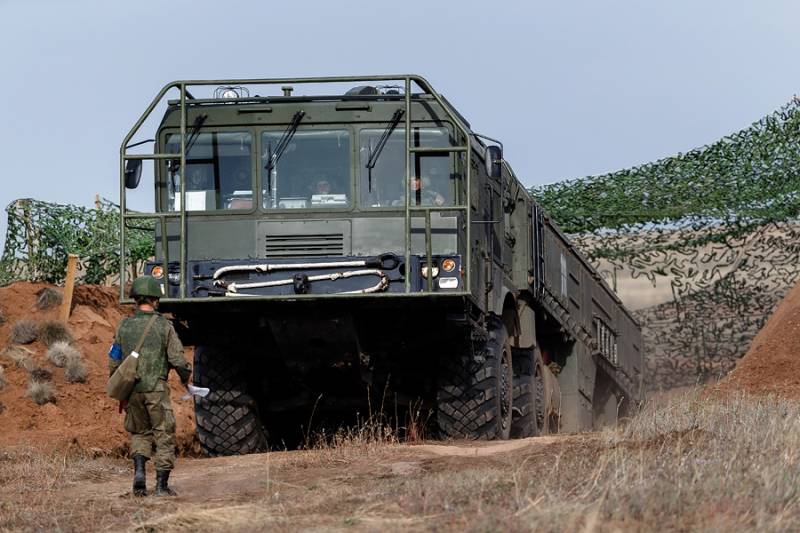 The air force component of the Aerospace Forces in the past months, in accordance with the plan, received 20 aircraft and 30 helicopters of various classes and types. In addition, a number of positions were ahead of schedule, thanks to which the troops received 8 Su-34 bombers and 25 helicopters of several models. 4 aircraft and 3 helicopters were repaired. Also, the aerospace forces received three radar stations. Delivery continues aviation means of destruction. In three months, the Aerospace Forces delivered 4000 bombs of all types.

The navy, like other components of the armed forces, also receives new and repaired equipment. In the first quarter, an acceptance certificate was signed for the new logistics support vessel Elbrus, built according to Project 23120. Two Project 23040 integrated rescue boats were also commissioned. The repair of the strategic missile submarine Tula (Project 667BDRM) was completed. Naval aviation was replenished with two helicopters. Arsenals fleet 46 cruise missiles of the Caliber family were sent.

As part of the further development of the military and special equipment fleet, the Ministry of Defense conducted regular tests in the first quarter. In March, 2018, several samples of modern technology were sent to the Kola Peninsula with the aim of running in difficult conditions. Wheeled vehicles of the Bryansk Automobile Plant, as well as articulated tracked transporters of Izberbashsky and Gorky plants, were tested. Checks on the virgin snow in difficult conditions of the Far North confirmed the technical and operational characteristics of the existing machines.

The Minister of Defense spoke about one of the special tasks that the new technology will have to solve in the very near future. This year at a military parade in honor of the anniversary of victory in the Great Patriotic War, it is planned to show a significant number of the newest models of equipment and equipment. weapons. The mechanized column, which will pass through Red Square after the foot parade calculations, will include 157 units of various equipment. Some of these samples will take part in the parade for the first time. 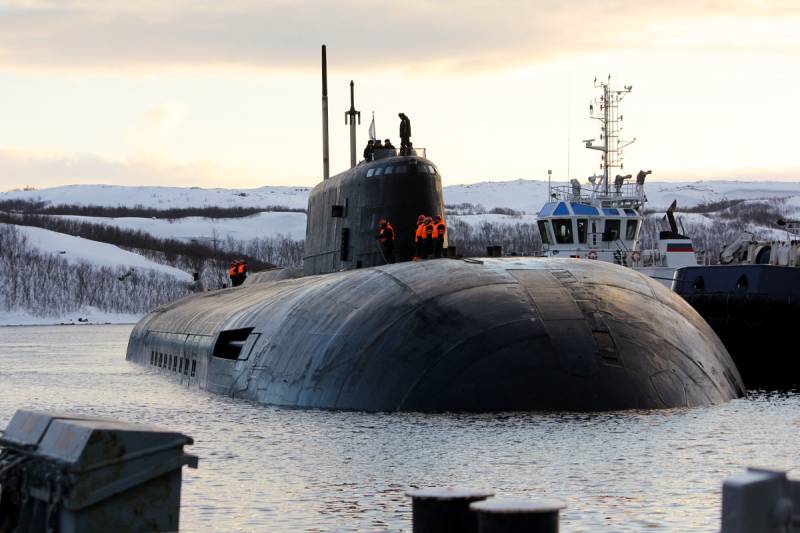 For the first time, the latest support combat vehicles will be held in the area tanks BMPT, as well as multifunctional robotic systems "Uran-6" and "Uran-9". With the help of tractors, the Corsair short-range unmanned aerial vehicles will take part in the parade. The air component of the parade this year will be replenished with only one novelty - fifth-generation fighters Su-57.

According to the Ministry of Defense, very remarkable results in the first quarter were obtained in the field of infrastructure construction. According to the approved plan, during this period, 805 buildings and structures for various purposes from the 3573 planned for the current year should have been built and put into operation. By the beginning of April, the building structures had actually surrendered the 932 facility. The construction was carried out in the interests of all the main branches of the armed forces and the armed forces.

First of all, the Ministry of Defense carried out the construction of infrastructure facilities for strategic rocket forces and the Space Forces. For these types of troops built 770 new objects. Also, new facilities appeared at the disposal of aerospace forces and airborne troops. Those or other objects were handed over in parts of the Western and Southern Military District, as well as in the Northern Fleet.

The recent Unified Day of Acceptance of Military Products summed up the first quarter that ended. At the same time, the defense industry, the Ministry of Defense and related organizations continue to work on the implementation of the current state defense order. Over the next three quarters, the army should receive a significant number of new weapons and equipment, as well as put into operation various objects at their bases.

According to known data, the delivery of already known types of weapons and equipment to strategic rocket forces will continue this year. The acceptance of a certain number of Yars complexes is expected. New auxiliary machinery will also be supplied. Official information about the construction and launch of new models has not yet appeared. 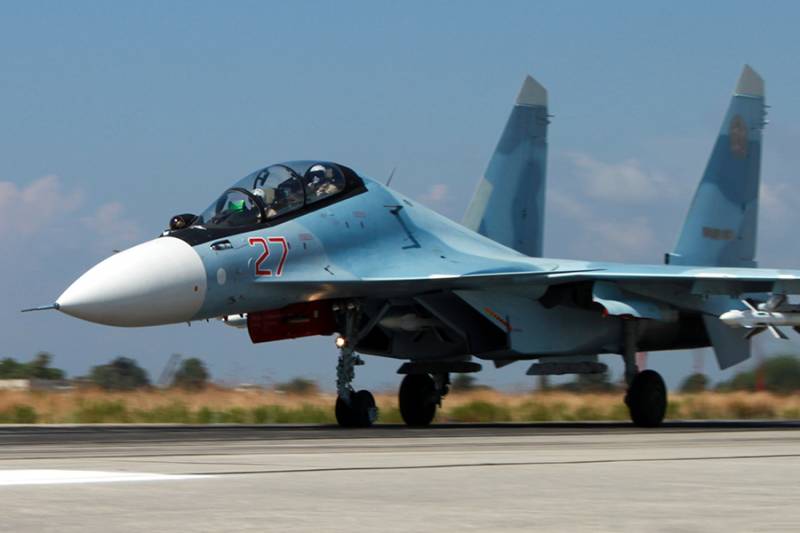 The fulfillment of orders for the supply of material parts to ground forces continues. They will be given several dozen armored combat vehicles of new types. So, this year the delivery of the first modernized T-90M and T-80BVM tanks is expected. The army has already ordered dozens of such machines. Hundreds of units of equipment will be repaired and upgraded with extended service life. Previously mentioned contracts for the supply of several hundred cars for various purposes, as a new assembly, and past repairs.

Production of Su-34 front-line bombers in a certain way overtook the schedule, and soon "unplanned" vehicles would be put into operation. Given this technology, by the end of the year, aerospace forces will receive more 10 bombers. Also continues to build new multi-purpose fighter Su-30CM. In 2018, the aerospace forces are going to get 10 of such machines. The industry has prematurely manufactured seven Mi-8AMTSH helicopters, the production of which will also continue. Together with this technique in the current year, the Ministry of Defense will receive seven more of the same type machines.

The implementation of plans for the 2018 year will strengthen the naval and naval groups. For this year, scheduled delivery of two frigates of the project 22350, head corvettes of projects 20380 and 20385. It is also planned to commission four small rocket ships of the 21631 and 22800 projects, both amphibious assault ships of the 11711 project, new patrol ships and boats. The service will begin the next submarine missile cruiser project 955A. The transfer of several vessels and boats for auxiliary purposes is expected.

A significant number of ships and submarines of various types are currently under repair. The schedule of repairs and delivery of the restored ships is scheduled for several years ahead and provides for the delivery of several combat units already this year. In particular, the modernized submarine “Wolf” of the 971 project and the multipurpose submarine “Omsk” of the 949A project will be returned to the fleet. It is expected that the repair and installation of new equipment will positively affect the condition and characteristics of the equipment.

An important place in the plans of the Ministry of Defense is occupied by the program of construction and repair of various objects. In 2018, the army will receive 3573 new facilities. This number includes new hangars for weapons and equipment, warehouses, etc., as well as barracks, social infrastructure facilities and residential buildings. 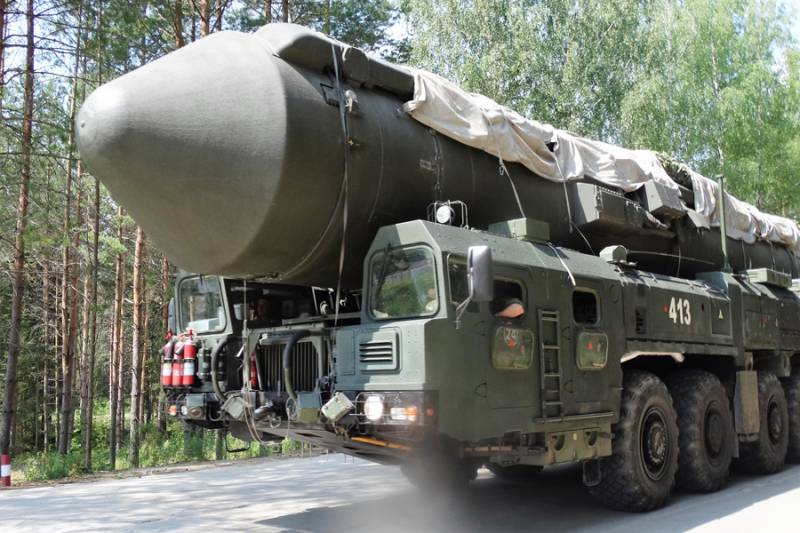 More than 90% of buildings and buildings planned for commissioning this year are classified as special and military facilities. Thus, the army will receive 3285 new and reconstructed facilities, including 217 for the development of the existing aerodrome network. The construction of nearly three hundred medical and educational institutions, as well as cultural, leisure and sports facilities, is continuing. Also this year 76 residential buildings will be built.

Thus, in the first quarter of the year, construction organizations surrendered a little more than a quarter of all the required facilities and significantly exceeded the approved schedule. For the three remaining quarters, builders will have to complete just under three-quarters of the annual plan.

2018 year brings the completion of the current State armaments program, calculated for the period 2011-2020 years. At the same time, he launches a new similar program with a validity period of up to 2025. Despite such a change of programs, the main tasks of the military and defense industries remain the same. It is necessary to manufacture and transfer new military products, as well as to build new army facilities.

As the recent report of the Ministry of Defense shows, in the first quarter of this year all the tasks were solved. Moreover, in some areas there is a noticeable advance of the plan. It is clear that it will not be possible to do without those or other problems or difficulties, but in general the situation is encouraging. It is hoped that the success in the first quarter will be followed by the same results for the whole year.

Ctrl Enter
Noticed oshЫbku Highlight text and press. Ctrl + Enter
We are
Another Unified Day of Acceptance of Military Products Has PassedHeld the second single day of acceptance of military products
Military Reviewin Yandex News
Military Reviewin Google News
12 comments
Information
Dear reader, to leave comments on the publication, you must sign in.