If it weren’t for the F-22 ... “Unique Features” of the Aircraft Helped US Attack on Syria

April 20 2018
252
According to the statements of the US Air Force Central Command, the F-22 Raptor fighters played a significant role in the air strikes of the Coalition on Syria due to their “unique capabilities”, reports Task and Purpose 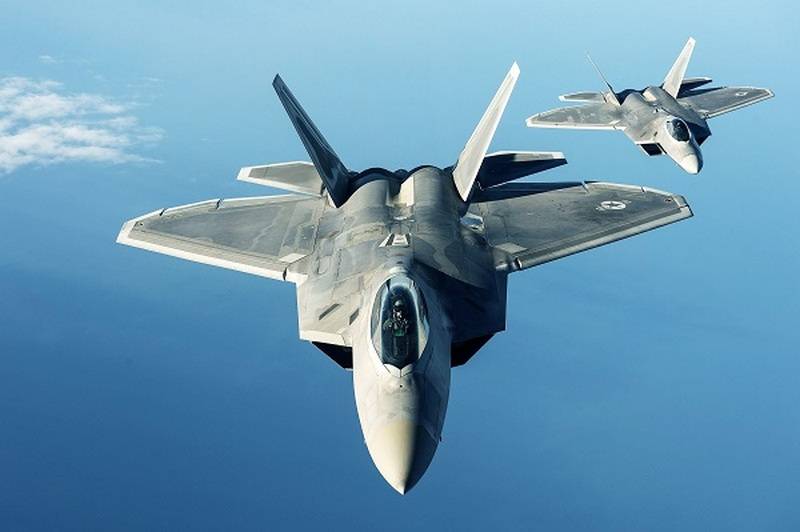 According to officials, stealth fighters provided support for American troops and allied forces operating on Earth, while the United States, France and Britain attacked chemical objects in western Syria.

F-22 played an integral role in the protection of ground forces during the attack and after the missile attacks
- said Mark Graff, spokesman for the US Air Force Central Command.

According to him, thanks to the "unique capabilities" of the fifth generation fighter, the F-22 was the only aircraft capable of operating in the defeat zone of the Syrian air defense and providing air protection for the US and the coalition.

Previously, the participation of F-22 in this operation was not reported.

In the United States have repeatedly stated about the unique capabilities of the F-22 Raptor. It was reported that the fighter can easily move to supersonic cruising speed, without the use of an afterburner. F-22 was called super-maneuverable, despite the fact that the Raptor changes the thrust vector in only two dimensions, only up and down. In addition, the F-22 can carry six missiles. However, the main advantage is called stealth technology, which allows the aircraft to be invisible to the radar, Sight

Ctrl Enter
Noticed oshЫbku Highlight text and press. Ctrl + Enter
We are
US expert community is trying to identify ways out of the Afghan impasse
Military Reviewin Yandex News
Military Reviewin Google News
252 comments
Information
Dear reader, to leave comments on the publication, you must sign in.