Rogozin: Bribery in the defense industry should be equated with treason 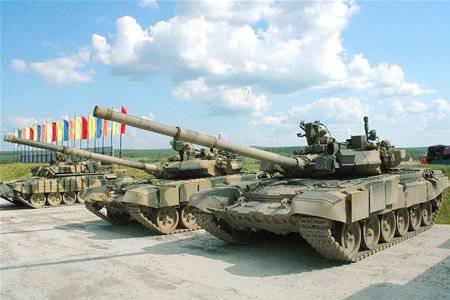 Dmitry Rogozin, in the rank of deputy prime minister, oversees the implementation of the state defense order and, as a result, is responsible in the Russian government for modernization in the army, not so long ago made a proposal to equate a bribe in the defense industry to treason.

The initiative was adopted with the co-authorship of the Chairman of the Duma Committee on Security and Anti-Corruption - Irina Yarovaya. The bill proposed to punish bribe takers in the MIC not only with a hundred-fold bribe with fines, but also 15 years of imprisonment (maximum term). In other words, an official of the Ministry of Defense 10 took millions of rubles in the form of a so-called “kickback” - arrest, court, colony and a fine of 1 billion rubles. Such measures, it would seem, could really convincingly act on those officials and persons involved in the defense industry (MIC), who could not refuse themselves in receiving bribes.

However, the initiative of Dmitry Rogozin and Irina Spring sank at the stage of consideration in the most fair Russian judicial system in the world. First, the Ministry of Justice of the Russian Federation spotted in the initiatives of the vice-premier and deputy violation of the principle of equality of all Russians before the law. Then, the Supreme Court supported the Ministry of Justice of the Russian Federation and stated that it does not yet have statistics that would confirm the need for such severe punishment. They say that the articles of the Criminal Code on accepting bribes and commercial bribery, and so well stand guard over the defense industry from various kinds of corrupt officials ...

It should be recalled that the article, for example, with the number 204 (the same commercial bribery), in principle, promises considerable punishment, but in the framework of "either - or": in paragraph 2 of the article (illegal transfer of money, management documents, property, securities etc. by a group of persons by prior agreement) the punishment may reach the 70-multiple of the penalty amount of bribing or 6-years of stay in places not so remote. Article 290 (about bribe-takers): again, either a multiple penalty or a prison sentence.

In other words, the same unclean official of the Ministry of Defense can get a prison sentence for a multi-million dollar, or even a billionth bribe, and without any problems go free with a “clear conscience” by parole after some six months. And the money they received for the fact that a certain contract for the implementation of the State Defense Order remained on paper, during which time they would have managed to roll through a series of dummy firms. In general, even a three-year ban on occupying certain senior positions would have had a significant effect on this hypothetical bribe taker from the DIC.

In this regard, the decisions of the Ministry of Justice and the Supreme Court look, to put it mildly, too loyal to corrupt officials in the field of national security.

By the way, the idea of ​​equating corruption in the sphere of national security with treason against the Motherland was also expressed by Vladimir Putin in one of his programmatic articles. It turns out that either the judicial system in Russia became overly independent overnight, which most Russians could only dream of, or the matter is smoothly moving to a new descent of initiatives “from above” on smooth brakes, or the defense industry complex has nothing to do with the country's national security ...

With all due respect to the judicial system in our country, it is hard to believe that this system suddenly took care of the equality of all Russian citizens before the law ... And despite the fact that over the past year, the Main Military Prosecutor's Office revealed 2011 bribe episodes over the past year. What statistics are needed for the Supreme Court ?!

According to the results of inspections of responsible persons by the Federal Service for the Execution of the State Defense Order for 2011, theft of funds for an astronomical sum of 25 billion rubles was discovered. This, not a lot, is not enough, the cost of one of the most up-to-date nuclear submarine missile carriers (Borey class), orders for which, by the way, have not yet been concluded for the 2012 year. In other words, from the 5-6 "Boreev" one annually goes into the pockets of various officials who put their signatures on contracts with suppliers.

But if the initiative of a more severe punishment for those who steal defense money from the Russian army was, let's say, ignored, then what political or financial strength could this be beneficial for? Apparently, there are quite a few such people “interested in the equality of all Russians before the law”. And equality, by and large, today is that for the stolen "Borey" and for a bag of sugar, according to our laws, it is quite possible to get the same prison terms. And in the case of the missile carrier, it is possible to get off with a fine in general ... Moreover, the one who "cuts" the budget for the purchase of new military equipment, in which case, the person who took that very bag of sugar from the warehouse will be released ...

Obviously, with the current system of administration of judicial proceedings, corrupt officials from the defense industry, as well as bribe-takers from other business areas, need not worry about anything for a long time. Oh, they will always find a fine than to pay - what a big pocket! ..