April 20 2018
20
The ship "Ivan Khurs" of the 18280 project continues testing in the Baltic Sea. Currently, the shipyards of the Northern shipyard closed 80% of his travel certificates. Soon the crew and the ship’s crew are planning to start a state testing program, the Military Survey's press service was told in the press service of the PJSC Shipbuilding Plant “Severnaya Verf”. 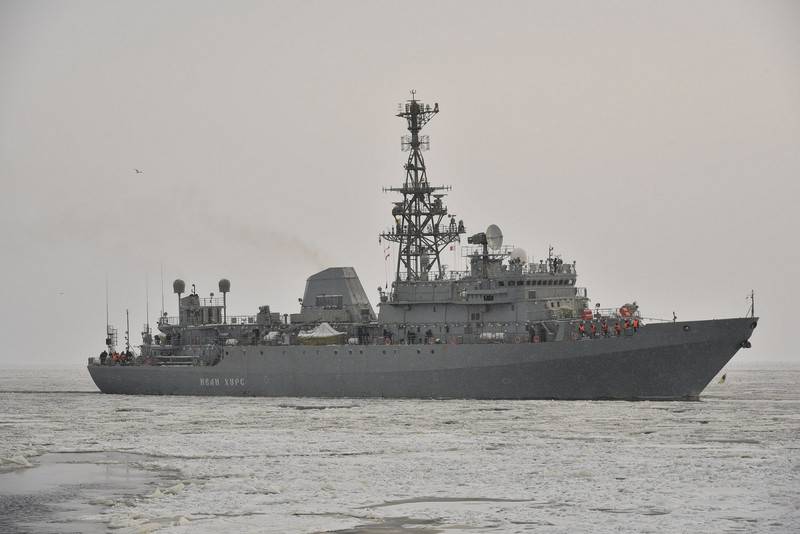 Taking into account the personnel and the transfer team on the ship now employs more than two hundred people. They test in various modes of the power plant control system, test anchor and steering devices, sonar systems, communications equipment, navigation systems and other equipment. The Khursa team checks the seaworthiness of the vessel - its handling, maneuverability
- said in a press release of the company.

The communications ship, named after Vice Admiral Ivan Kuzmich Khurs (29.09.1922/28.12.2002/XNUMX - XNUMX/XNUMX/XNUMX), who made an outstanding contribution to the creation and development of permanent intelligence of the USSR Navy, is designed to provide communications, control fleetsolving special problems. The flagship of this project, Yuri Ivanov, was handed over to the customer in 2014.

The main characteristics of the ship connection project 18280: