Star Wars in Ukrainian. Matios sues Chief of General Staff of the Armed Forces of Ukraine

April 20 2018
19
The Chief Military Prosecutor of Ukraine, Anatoly Matios, intended to sue the Chief of the General Staff of the Armed Forces of Ukraine, Viktor Muzhenko, because the latter restricted the access of prosecutors to military units, according to Free Press. 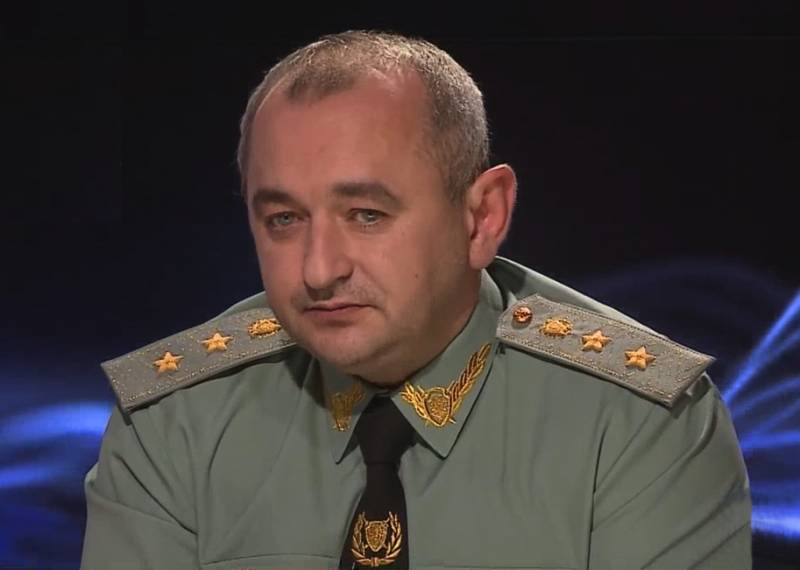 According to Matios, the sudden initiative of Muzhenko greatly interferes with the establishment of law and order in the units of the Armed Forces of Ukraine, since the permission of the military department, “which is not interested in removing dust from the hut,” is now required.

I thought for a long time whether to start a ruler of bureaucratic correspondence that doesn’t lead to anything, and decided that the law gives me the right, and filed a lawsuit in court, which must put an end to it and decide whether the actions of the General Staff leadership are legitimate or illegal,
said the military prosecutor.

Muzhenko rejected all claims, stating that he acts in strict accordance with the Constitution of Ukraine, as well as with its laws "On the Prosecutor's Office" and "On the Charter of the Internal Service of the Armed Forces of Ukraine." Moreover, he said that "the General Staff will continue to take measures to ensure the unhindered legal activities of the Armed Forces of Ukraine and protect the rights of servicemen from unlawful attacks." It turns out, whatever one may say "that the actions of prosecutors are" illegal offenses. "

The sympathies of most local media were on the side of the accuser-prosecutor. The channel "112 Ukraine" supported the recent words of Matios about non-combat losses in the army and published a document obtained somewhere for use "for official use." According to this document, only in January 2018 of the Armed Forces of Ukraine for non-combat reasons “killed 22 servicemen, of whom 11 committed suicide, with five soldiers and officers in the ATO zone.

In addition, TV people recalled a series of explosions on armory warehouses of the Armed Forces of Ukraine, gave examples of hazing, internal squabbles in the units, which in some cases escalated into the execution of colleagues, and other cases.

The problem is that we have no civilian control institute and all the statistics are kept by the Ministry of Defense. And the Defense Ministry comes with killed and wounded at its discretion: when confrontation is needed - combat losses occur, when confrontation is not needed, the number of casualties is reduced to a minimum ... At the mercy of the commander, a decision is given to write down the dead fighter - to combat losses or non-combat. Government payments depend on it. For combat losses compensation is paid. How many people really died in this war, it will be necessary to understand for a long time,
told the former officer of the main operational management of the General Staff of the Armed Forces of Ukraine, reserve colonel Oleg Zhdanov.

The author of the publication wonders why this unprecedented legal process “in Kiev, the Chief Military Prosecutor of Ukraine against the Chief of the General Staff of the Armed Forces of Ukraine” is being started only now.

“Maybe because only a couple of months ago, General Muzhenko decided to report to the society victoriously, that“ Ukraine has adapted the Ukrainian Armed Forces to the standards of NATO already by 90 percent ”? Then indeed - it would be better if military prosecutors headed by their colonel-general of justice Matios were silent about the extent and depth of this “adaptation”. But it is somehow inconvenient for Brussels and Washington, ”he concluded.