April 21 2018
78
Japan took possession of oil in the Far East (at that time not yet completely Soviet) in 1920. It was not about concessions or leasing of deposits. Then our aggressive neighbor occupied northern Sakhalin, in addition to southern one. The Japanese did not waste any time. For five years, oilmen of the Land of the Rising Sun conducted intensive geological studies on the east coast of the island, clearly hoping to make Sakhalin their oil appendage. In such a short time, they created all the industrial conditions for the active start of exploration and production drilling.


Of course, the young Soviet state began to show interest in the natural wealth of Siberia and the Far East. However, he did not have the strength and capabilities, given the difficult political situation in the region, in the 20s. As early as the 10th Congress of the CPSU (b) in March 1921, it was stated that "the objects of concessions may be those branches of the national economy whose development will clearly raise the level of development of the productive forces of Russia."

But it was not yet possible to expel the Japanese from northern Sakhalin. The situation seemed hopeless. And then the Russian leadership decided to seek help from the United States. Representatives of the Far Eastern Republic of 14 in May 1921 of the year signed a preliminary agreement with the American oil company Sinclair Oil on a concession for oil production in northern Sakhalin. 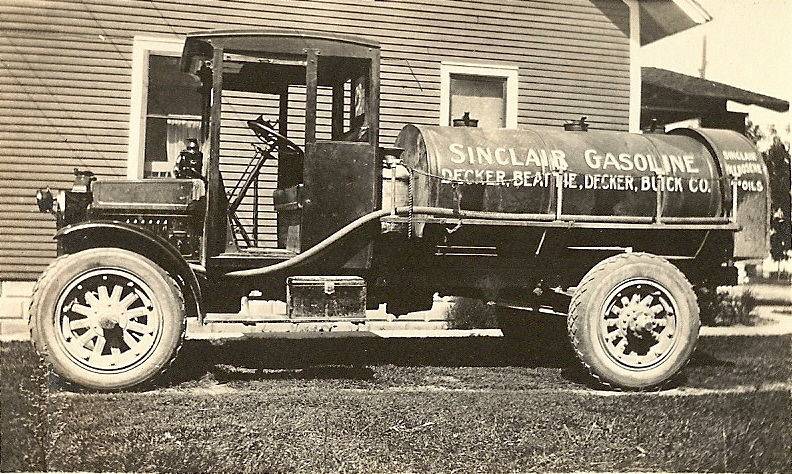 Already on May 31, the US Secretary of State sent a note to the Mikado government with a firm statement that the United States could not agree to the adoption of any measures by the Japanese authorities that would violate Russia's territorial integrity.

The American company, in accordance with the concession agreement, received two plots of 1000 square. km for gas and oil production for 36 years. Sinclair Oil pledged to spend at least 200 thousand dollars on exploration and production, and to launch two drilling rigs within two years. The rent was set at 5% of the gross annual production, but not less than 50 thousand dollars. But, unfortunately, the Americans did not take any steps to squeeze the Japanese from northern Sakhalin. On the contrary, through the United States, Tokyo offered Russia only to sell the island and thereby solve all the political and economic problems in the region. Of course, this kind of proposal was rejected.

20 January 1925 in Beijing was signed "The Convention on the basic principles of relations between the USSR and Japan." She put an end to the occupation of northern Sakhalin by Japanese forces and restored the Portsmouth Peace Treaty of 1905. The famous American historian D. Stephen called this Convention “a brilliant victory of Soviet diplomacy. The Russians achieved the withdrawal of Japanese troops from northern Sakhalin without the use of force, although even in 1924, many politicians believed that Japan would either annex or redeem this territory. Moreover, they officially confirmed the USSR’s sovereign right to this part of the island. This move dispelled the hope of some Japanese circles that someday the entire Sakhalin Island, like ripe persimmon, would fall into the empire's basket. "

At the same time, Protocol “A”, Article IV, of the document signed in Beijing, says “In the interest of developing economic relations between both countries and taking into account the needs of Japan regarding natural wealth, the USSR government is ready to give Japanese citizens, companies and associations concessions for exploitation of mineral, forest and other natural resources throughout the USSR ”.

Protocol "B" concerned all issues of concession relations between the two countries, which must be implemented within five months from the date of the complete evacuation of the Japanese troops from Northern Sakhalin.

The Japanese in the Beijing document were not satisfied with everything - no wonder they invested so much money in the exploration and development of the natural resources of the occupied territory. They demanded to transfer to them a concession of almost all or at least 60% of oil wells. After long negotiations of 14 in December of 1925 by Russia and Japan, an agreement on concessions was signed - Japan received 50% of oil and coal deposits for the period from 40 to 50 years.

The Japanese were obliged to deduct to the councils as a payment for a concession from five to 45% gross income. Also, the concessionaire was obliged to pay local and state taxes, rent. The Japanese could import labor from their own country, in the ratio of 25% unqualified and 50% of skilled workers.

In 1926, as part of the Japanese concession, the company established the Joint-Stock Company of the North-Sakhalin Oil Entrepreneurs, whose fixed capital was 10 million yen (200 thousand shares in 50 yen), the paid-up capital was four million yen. The major shareholders were the country's largest firms, right up to Mitsubishi Gooshi. The Americans missed their chance to get cheap oil and gas - they had a lot of energy donors in the world. In 1925, the contract with Sinclair Oil was terminated by the Russian authorities.

By the 30 years, oil production at the North Sakhalin concession stabilized at the level of 160-180 thousand tons per year.

The fulfillment of concession conditions was controlled by a special commission, which included representatives of the Sakhalin Revolutionary Committee, Sakhalin Mining District, members of various people's commissariats. The People's Commissariat of Labor brought to the notice of Dalkontsesskom a provision on the organization of strict control over the implementation of the Soviet labor legislation by the concession, but at the same time pointed to the need for a cautious approach to concessionaires. The Politburo of the Central Committee of the All-Union Communist Party (Bolsheviks) gave explanations to local authorities that sanctions against concessionaires and foreign workers could be carried out only with the consent of the NKID, and the arrest of Japanese employees can only be carried out with the permission of the USSR Prosecutor or the people's commissar of internal affairs.

The distrust of local authorities to the concessionaires affected the practice of Japanese enterprises. The administration of concessions appealed for help to their government, wrote letters to the NKID and other authorities. In this connection, in March 1932 received a telegram from the Center to Sakhalin, stating that “the executive committee and other authorities ... behave defiantly towards the Japanese concessionaires ... the Central Committee orders ... to immediately order the authorities on Sakhalin not to create reasons for conflict. Do not exaggerate the matter with questions about labor protection, strictly punish the guilty in violation of the directives of the Soviet government and contracts with the Japanese. "

Between the government of Japan and the concession enterprises established strong ties, which were expressed in the right of the government to carry out, through their representatives, monitoring the progress of production and commercial operations. Every year, starting in 1926, representatives of a number of Japanese departments came to Okha, and the consul closely followed the work of the concessions and the relations between the Soviet institutions and the enterprises of the concessions.

Tokyo even had plans to organize a visit to the north of Sakhalin by the young emperor Hirohito, who, being the crown prince, managed in 1925 to visit only the southern Japanese part of the island. 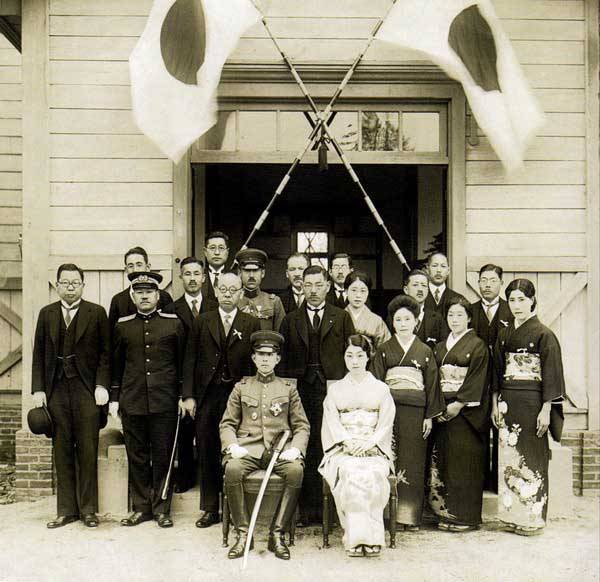 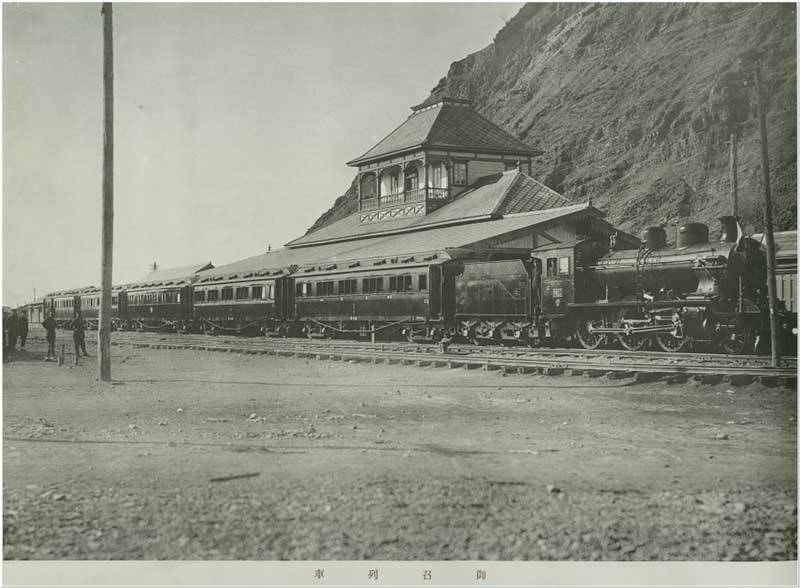 But this could have been regarded in the USSR as a blatant claim to annexation, and all the concession benefits could then be forgotten forever. The government of the country received deductions from the activities of the oil company in the event that the amount of profit exceeded 15% of the paid-up capital. All the oil produced was surrendered to the Japanese maritime ministry, which exercised control over business activities in northern Sakhalin.

The significance of the oil concessions for the Soviet side was determined by the fact that their activities proved the possibility and expediency of oil production in North Sakhalin. Pushed to the creation and deployment of work by the Soviet trust "Sakhalinneft" (organized in 1928 year), which the concessionaire provided significant assistance in organizing production and establishing the household sphere, Namely, the trust was given the opportunity to use electricity from concession power plants, use oil pipelines and tanks storage of oil, to provide loans for the purchase of equipment abroad, the population of the fields were supplied with goods and products.

Japan, which occupied Korea and Manchuria in 1941, actually dominated the Far East. The center of industrial production, which included mining, and gigantic production at that time, was among the Japanese in this region, and the USSR was far in the European part. From the point of view of military power, both sea and land, it was possible to proceed only from the fact that in the event of Japanese aggression the Red Army would only hold out until reinforcements from the western part of our country arrived.

It is widely believed that the samurai kept our victories on Hassan and Khalkhin Gol from starting a war. In part, this is so, intoxicated by the chain of continuous military triumphs, our neighbors for the first time knew then the bitterness of defeat. However, Japan was forced to conclude a neutrality pact with the USSR in 1941. What prompted the Japanese to take such a step?

Oddly enough, the reason was economic interests. Tokyo and its main ally, Berlin, were in dire need of natural resources. There were more or less metals, but the situation with oil was extremely difficult. Germany was somehow rescued by the Romanian oil fields, but the Yamato empire had already ended its oil by the 1920 years, there was no “black gold” on the subordinate lands of Korea and Manchuria either.

The main suppliers were American corporations - they were the ones who supplied up to 80-90 percent of all the oil that Tokyo needed. Oil was sorely lacking. As an alternative, they considered the supply of oil from the southern territories, then under the authority of Holland and Great Britain. But the campaign for her meant armed conflict with these European countries. The Japanese understood that the formation of the axis Rome-Berlin-Tokyo and the war with the United States would completely block the American “oil well”. Berlin’s repeated demands on the Japanese to unleash a war against the USSR would have meant an inevitable defeat for a Far Eastern ally.

Where to get oil? There was only one option left - in the Soviet Union, on Sakhalin ... That is why in the fall of 1940, the Japanese ambassador offered V.Molotov an agreement on neutrality in exchange for preserving the Sakhalin concessions. And consent was obtained.

However, the war changed the plans of politicians. When signing the Neutrality Pact between the USSR and Japan in 1941, the Japanese side assured that all concessions would be eliminated by 1941. The German attack on the USSR delayed the solution of this issue until 1944. Only then in Moscow was a protocol signed under which Japanese oil and coal concessions were transferred to the ownership of the USSR. Among the reasons that forced Japan not to drag out the process even further, one cannot but single out - under the blows of the American fleet The Japanese Navy was practically unable to ensure the safe transportation of oil extracted on Sakhalin to the metropolis.

The concession that provided Japan with the proximity of energy sources largely influenced the Mikado government’s decision not to cooperate with Germany in its attack on the Soviet Union in June 1941. It turned out to be very beneficial for the USSR, and not only in monetary terms, but also in terms of development experience of remote regions. But during the war, the most important thing was political gain - by holding back Japan, the Soviet Union avoided a war on two fronts. The long neutrality of the eastern neighbor allowed the USSR to concentrate its combat efforts on the Western front for several years, which largely predetermined the outcome of the war.