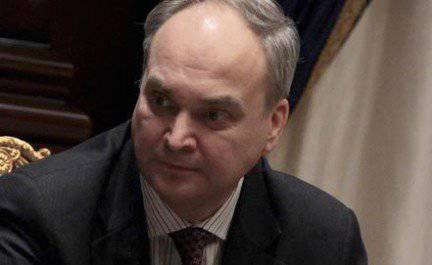 Tomorrow an international conference on the future European missile defense system will open in Moscow. Our military experts promise for the first time to disclose information that was kept from NATO members in strict confidence.

Anatoly Ivanovich, the technical parameters of the missile defense system is a very delicate subject. Are you sure that Russian and foreign experts will agree to discuss it in open mode?

Anatoly Antonov: I think that the discussions will be open to a certain framework. We and the Americans are not so naive as to share all our secrets.

But it is clear, in figures and facts, to show the danger of the variant of the European anti-missile system proposed by the United States, of course, necessary and, most importantly, possible.

The highlight of the conference, in my opinion, will be the presentation of computer simulation results demonstrating how NATO's missile defense tools, including their new facilities in Poland, Romania, Turkey and other places, can affect the nuclear deterrent forces of Russia.

3,7 is thousands of kilometers away - the radar at Sofrino has such a missile detection range
We have never and to anyone such visual information did not give out.

Anatoly Antonov: No. And never offered this.

Do you hope that the discussion in Moscow will put an end to the dispute about the technical capabilities of missiles and the methods of dealing with them?

Anatoly Antonov: Talk about missile defense is over 60 years. That this system does not affect the nuclear deterrent, former US Secretary of Defense Robert McNamara said for the first time. Notice how the position of the Americans has changed since then.

At the conference, we would like to explain in a language understandable to military and technical experts what the implications for strategic stability will be on the implementation of the US and NATO plans for anti-ballistic missile defense. But at the same time, Russia has never opposed the missile defense system itself. We assume that, under certain circumstances, it can carry a positive start. However, in this issue a lot of additional "but" ...

Just in Germany, we conducted a Russian-NATO command-staff computer exercise on theater missile defense. Experts from Russia and NATO have made an unequivocal conclusion about the increase in the effectiveness of anti-missile actions as the integration of information exchange and control systems deepens. This practice should be increased, diversified, but most importantly, figuratively speaking, it should have added value.

Who suggested discussing European missile defense issues in this format?

Anatoly Antonov: The idea belongs to the Minister of Defense Serdyukov. Our consultations with Western partners in the Ministry of Foreign Affairs and the military department are mostly closed. NATO, unfortunately, does not hear Russia's concerns, and we ask ourselves: what is the reason? Poor explain our position? Not enough military-technical arguments? In search of an answer, we came to an understanding - it is necessary to gather military and technical experts dealing with European missile defense issues, making decisions in this area, and once again try to present to them arguments against the implementation of NATO plans. And at the same time to listen to the point of view of foreign colleagues, in the course of the discussion to try to develop an algorithm for solving the problem.

Organizing such a conference for the traditionally closed ministry, such as the Ministry of Defense, is in general an unprecedented step.

By what principle were the conference participants selected? Who agreed to the dialogue and who refused it?

Anatoly Antonov: The invitation was sent to all NATO countries and European states that are not part of the North Atlantic bloc. Considering that the US plans for missile defense in Europe are global in nature, we also invited representatives of Asia - first of all, our strategic partners from China and India, as well as colleagues from Japan and South Korea. More than 50 countries agreed, they are sending over 200 people to Moscow. More than a dozen high-ranking experts will arrive from the United States alone. Till now applications arrive, but we for the objective reasons cannot already accept someone any more. The conference accredited more than a hundred journalists. Frankly speaking, they did not even expect that the conference would arouse so much interest in the world.

Refused to come from Albania, Croatia and Ireland. The Albanians said they are not interested in the missile defense issue. The Irish have difficulty obtaining the consent of the parliament to conduct such discussions. Croats cite electoral issues.

And what is the level of representation?

Anatoly Antonov: We invited mainly the military - at the level of deputy defense ministers or heads of general staffs. Plus a small number of American diplomats who are negotiating with us on missile defense. More representatives of non-governmental organizations from academic institutions will arrive. The NATO delegation will be led by Alliance Deputy Secretary General Alexander Vershbow.

I know that the decision to send their experts to Moscow in the NATO countries did not come easy. Some Eastern European states rather discreetly accepted the invitation, decided to limit their participation in the conference of military attaches. But eurogrands immediately said "yes", because they always supported the search for a compromise with Russia.

What we did not please youngonatovtsam?

Anatoly Antonov: There are certain political, economic and military aspects behind the deployment of missile defense facilities on their territory. After all, the construction of bases is new jobs, investments, rent for land. In addition, some Eastern European countries feel like second-rate members of the alliance. They believe that participation in the creation of continental missile defense will raise their weight in the unit. There are politicians in some countries with anti-Russian sentiments who say that the presence of a NATO infrastructure guarantees protection against the "threat of Moscow" to the population. All these problems need to look in the complex.

Did you have a thought to call the Iranians and North Koreans to the conference?

Anatoly Antonov: We do not need political controversy. The objective of the conference is to compare the views of NATO and Russia on European missile defense, to express our assessment of the configuration of the continental missile defense system proposed by the United States and its partners.

The keynote address at the conference will be made by Chief of the General Staff Nikolay Makarov. Will it be open?

Anatoly Antonov: Yes. Moreover, as far as I know, one of the Russian TV channels plans to broadcast it on 3 on May. And all the conference materials the Ministry of Defense will then publish a separate brochure.

I want to explain why we organized the conference now. The fact is that in the second half of May, a NATO summit will be held in Chicago, where it is planned to announce the achievement of the "initial operational readiness" of the European missile defense system. In addition, it is possible to make new decisions on the further integration of anti-missile weapons of the countries participating in the alliance. We hope that the results of the conference will make our colleagues think about the consequences of such decisions.

We view the conference as an important stage in the dialogue between Russia and NATO. Negotiations on the antimissile problem continue, and expert assessments can help diplomats and the military to find the "outcomes" that are necessary for the contracting parties.

Is there a point of no return in these negotiations?

Anatoly Antonov: Certainly. When the Americans begin the third phase of their anti-missile plans in Europe and the effectiveness of using our strategic nuclear forces is at risk, serious questions will arise regarding an adequate response from Russia. According to estimates of the General Staff, this can happen already in 2017 year. But it is also impossible to ignore the first and second stages of the adaptive approach of the USA. After all, it was at this time that the foundation was laid for the modernization of the American missile defense system. Moreover, no one says that there will be no fifth, sixth, seventh stages.

Such a development is likely, and we are preparing for it accordingly. The president of Russia spoke repeatedly and in sufficient detail about possible retaliatory steps.

On the final day of the conference, 4 May, a trip to one of the military facilities in the Moscow region is scheduled. What will show guests?

Anatoly Antonov: Let us show the radar station of the missile attack warning system in Sofrino. We want the partners to see how the radar monitors missile launches, and to make sure that Russia and NATO have a wide field for cooperation on missile defense. Moreover, such cooperation will only increase the readiness of national systems to repel rocket attacks from various directions.

The station management and representatives of the Aerospace Defense Forces will make two demonstration presentations. I hope they will convince guests of the benefits of such an interaction.

Presentation with a hint - is it better to be friends with us?

Anatoly Antonov: We are not going to frighten anyone. But it is necessary to dispel the doubts of those politicians and specialists in the West who think that Russia does not have anything in its arms other than "rusty iron". Let them look and draw conclusions.