Smersh Front counterintelligence at the forefront of the fight against saboteurs


Strictly speaking, there were three “Dead” in the Soviet country. The first “Smersh” is the Main Directorate of Counterintelligence “Smersh”, which was part of the People’s Commissariat of Defense of the Soviet Union. The direct leadership of the army "Smersh" was carried out by the head of the department, Commissioner of State Security of the 2nd rank Viktor Abakumov. Second “Smersh” - Counterintelligence Directorate “Smersh” of the People’s Commissariat of the Naval Fleet USSR, led by Major General of the Coast Service Peter Andreevich Gladkov. The third Smersh is the Smersh counterintelligence department of the USSR People's Commissariat for Internal Affairs, which was led by State Security Commissioner Semyon Petrovich Yukhimovich. 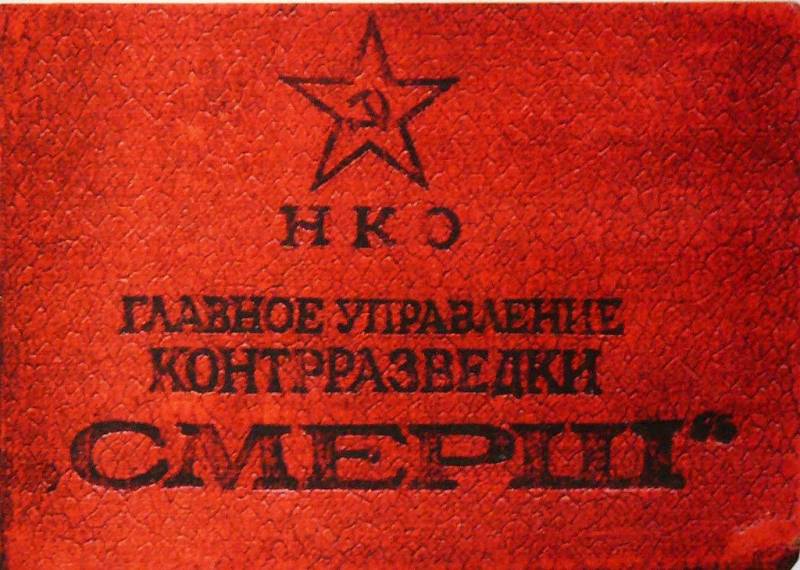 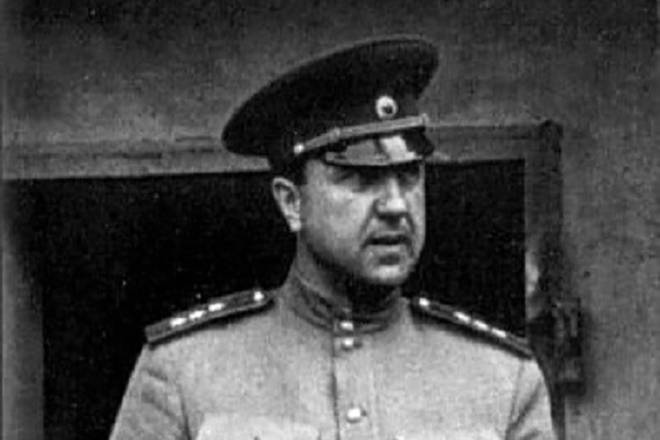 It was no coincidence that the personnel selection was made when appointing the heads of the Main Department, the Office and the Smersh Department. Viktor Semenovich Abakumov, for example, has established himself as an effective organizer and manager in state security agencies. For the head of this rank, Abakumov was a fairly young man - he was born in 1908, started service in the OGPU — NKVD bodies in 1932, and made a dizzying career, after six years rising from an intern in the economic department of the OGPU authorized representative in the Moscow region areas. Abakumov headed the military counterintelligence in 1941 year, having received an appointment to the post of deputy people's commissar of internal affairs of the USSR and head of the Special Divisions Department of the NKVD of the USSR. It should be noted that the successes of Abakumov in this position were really impressive. The military counterintelligence agencies worked much more efficiently than the counterintelligence officers of the USSR NKGB. 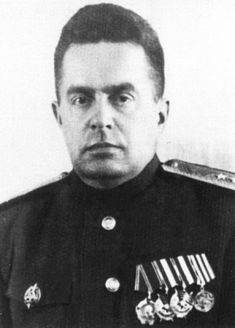 Counterintelligence of the Navy was headed by Major General of the Coast Service Pyotr Gladkov, also a native of the working family, who joined the OGPU in 1934 and quickly served first as Deputy Commissar of Internal Affairs of the Byelorussian SSR, and then Commissar of Internal Affairs of the Lithuanian SSR. Gladkov was appointed to the post of head of the Counterintelligence Directorate of the People's Commissariat of the USSR Navy from the post of head of the 9 department of the Special Divisions, and before that Gladkov headed the Special Department of the Karelian Front.

Semyon Yukhimovich, who headed the Smersh Department of the NKVD of the USSR, was the oldest among his colleagues - the chiefs of the "Smershaya" state security officer - he began serving in the Cheka back in 1920, at the age of twenty, and came to military counterintelligence immediately after the start of service.

What was the structure of the Smersh GUK? The staff of the central board was approved as part of 646 people, including the chief, four deputy chiefs, 16 assistants with a staff of 69 operational staff. The Smersh consisted of the Smersh front counterintelligence directorates, the Smersh divisions of armies, corps, divisions, brigades, and military districts. At the disposal of "Smersh" were the front units - platoons, companies and battalions, performing the functions of guarding and escorting, military support of operational activities of front-line departments, army, corps, division, brigade units. Also in the departments and divisions included units involved in providing encryption communication. It should be noted that “Smersh”, contrary to the widespread erroneous opinion, had no direct relation to the creation and functioning of the so-called. "Barrage detachments", which were formed by the NKVD of the USSR.

All Smersh military personnel wore military ranks established in the Red Army. The Smersh Directorate of Counterintelligence under the Navy Commissariat and the Smersh Counterintelligence Department of the NKVD had their own specifics. It is interesting that, in contrast to the overwhelming majority of his subordinates, Viktor Abakumov retained the special rank of state security commissioner of the 2 rank, and only in 1945 did he receive the rank of colonel general. Semyon Yukhimovich was also the state security commissioner, although he headed the NKVD-shny Smersh. Generally, “Smerzhevists” wore “all-army” military ranks.

The competence of Smersh included several main areas of activity. The most important, as is clear from the name of the General Directorate of Counterintelligence "Death to Spies", the focus of activities was the struggle against German intelligence, which launched vigorous activities in the occupied territories and in the rear. Since 1943, the Germans have begun to more actively saboteurs and scouts, paratroopers, on Soviet territory. The fight against reconnaissance and sabotage groups was entrusted to the “Smerzhevists” and, it must be said, they coped with the tasks set brilliantly.

Employees of Smersh eliminated groups of saboteurs abandoned in the “problem” regions of the Soviet rear — Kalmykia, Kazakhstan, and the North Caucasus. These groups were tasked with spreading nationalist sentiment and organizing the local anti-Soviet underground in the places of residence of peoples who had tense relations with the Soviet authorities. Often, “Smerzhivans” had to engage in combat with similar formations, neutralizing them and not allowing them to come into contact with the local population.

Even more tense were the working conditions of the Smersh bodies in the frontline. Counterintelligence followed along with the main units and formations of the army, not only identifying enemy agents, but also engaged in operational work to identify crimes committed by the Nazis in the occupied territories. Naturally, the Smersh bodies suffered heavy combat losses, which was due to the specifics of the service and participation in operational activities. During the war years, four Smersh employees received the title of Hero of the Soviet Union. Senior Lieutenant Petr Anfimovich Zhidkov, who served as the operative officer of the counterintelligence department of SMERSH in the 7th combat engineer and 39th tank brigades, died November 6, 1943 in the Kiev region. He engaged in hand-to-hand combat with several Nazis and, before accepting death from a fragment of a grenade, destroyed several Nazis.

The security officer of the counterintelligence department "Smersh" of the 134 Infantry Division (69-I Army), Lieutenant Grigory Kravtsov died in a battle in Poland in the 1945 year, replacing the company commander who retired. Lieutenant Mikhail Petrovich Krygin, operations officer of the counterintelligence department SMERSH of the Island Sector of Coastal Defense (Marine Defensive Area, Pacific Fleet), died 14 August 1945, already during the Soviet-Japanese war. 13 August 1945, Krygin participated in the amphibious operation and took command. 12 once he raised in the attack fighters, before he was mortally wounded. Lieutenant Vasily Mikhailovich Chebotaryov served as the Smersh Operational Officer of the 19 Guards Tank Brigade of the 3 Guards Tank Corps and died heroically, fighting with the enemy in a hand-to-hand combat. Many Smerzheans replaced the killed or wounded commanders of the army and navy units, carried out special command orders. It is known that the “Smerzhevist” served an average of about three months, after which he died or was injured. For example, during the battles for the liberation of Belarus, 236 military counterintelligence officers were killed, 136 people were injured. These are very large numbers, given that Smersh was not a large structure.

In Belarus, in Western Ukraine, in the Baltics, the Smersh bodies were also responsible for the destruction of the local anti-Soviet underground, including the formation of collaborators and nationalists of various kinds. Separately, it should be noted the fight against criminality of a criminal nature, which was also carried out by "Smerzheva residents". This was not surprising, since Hitler's agents often used the underworld to recruit agents and saboteurs; the Nazis who were behind the units, former policemen, and deserters joined the ranks of criminal gangs. Employees of Smersh participated in the search of liberated cities, rural settlements, forest belts, mountainous areas, together with the troops to protect the rear of the active army of the NKVD of the USSR, catching deserters, criminals, enemy spies. 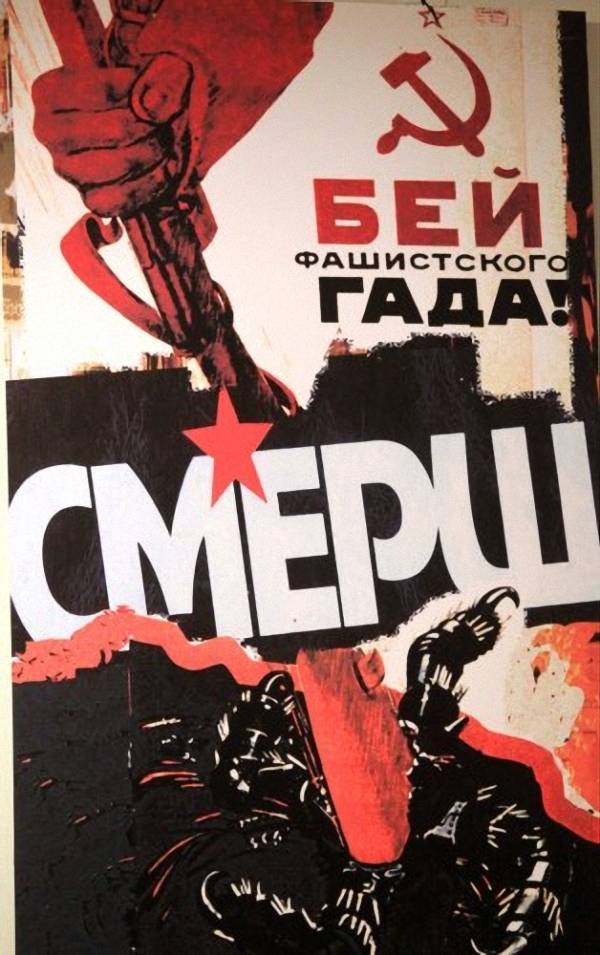 The tasks of combating anti-Soviet sentiments and criminal offenses in the ranks of the Red Army and Navy were also assigned to military counterintelligence agencies. Of course, this aspect of the activities of the “Smerzhevists” subsequently raised many questions from critics of the Soviet authorities, since it was the military counterintelligence officers who exposed and prosecuted officers and soldiers of the Red Army who were dissatisfied with the current political system. Considering the difficult military-political situation, the “Smerzhevans” developed and brought to justice thousands of Soviet servicemen and civilians, including those who could hardly be called guilty of committing any crimes. In the army and navy, a system of surveillance of military personnel that did not have world analogues and quickly identify enemy agents and politically unreliable people was created. At the same time, the repressive functions of Smersh over the past two decades have been rather exaggerated. In fact, the “Smerzhevists” were operational workers, they did not pass sentences, did not have the authority to shoot military personnel or civilians without trial. Although, of course, it was the Smersh bodies that were involved in filtering Soviet prisoners of war.

German prisoners of war and prisoners of war from the armies of the Allies of Germany needed to be checked for belonging to intelligence services, for involvement in the commission of crimes in the territory of the Soviet Union and other countries. It was the “Smerzhevists” who, then, at the end of the war and the first year after it ended, revealed a large number of war criminals. As for Soviet prisoners of war, they also underwent testing of “Smerzhevists” in connection with German intelligence, for the presence of circumstances that could indicate a betrayal while they were in the rear. For example, 11 generals of the Red Army were arrested and convicted, who, while they were in German captivity, went over to the enemy and became part of the established anti-Soviet organizations. After the defeat of Hitler's Germany, the Smersh organs participated in the hostilities against Japan on the territory of China and Korea, in the rout of the Ukrainian and Baltic nationalists.

Ctrl Enter
Noticed oshЫbku Highlight text and press. Ctrl + Enter
We are
Diplomats of the People's Commissariat of Defense: on the eve and during the warThe most productive snipers
Military Reviewin Yandex News
Military Reviewin Google News
116 comments
Information
Dear reader, to leave comments on the publication, you must sign in.